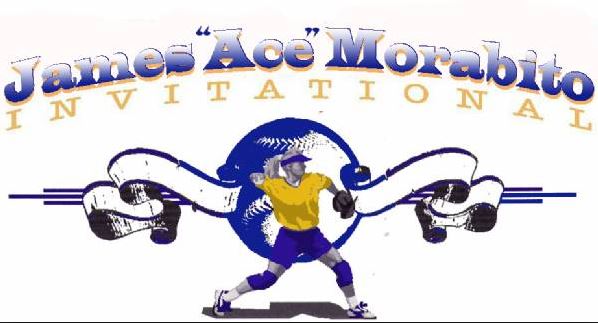 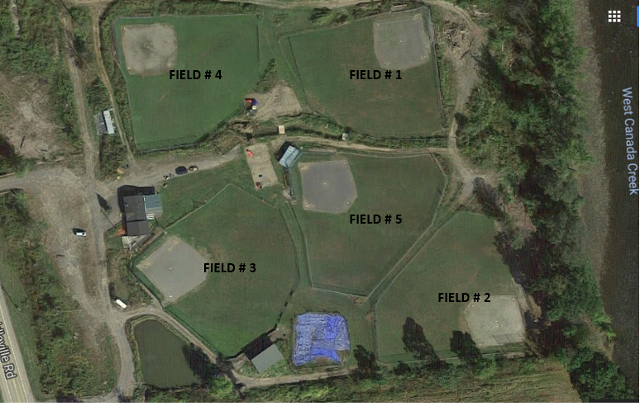 This tournament will again be a Four-Game Tournament, (win or lose, teams get two games on Saturday and two games on Sunday). This tournament is the largest in-season high school softball tournament, with the longest most storied history, not only within the STATE OF NEW YORK (NYSSPHSAA, CHSAA, PSAL, & NYSAISAA) but in the EASTERN UNITED STATES as well. It has a tradition of excellence with continued the history of having a participant or winners of this tournament going on to win a State Championship in their respective enrollment classification.
CONTACT MR. PERRY NOVAK - TOURNAMENT DIRECTOR AT EITHER nysscogs@yahoo.com OR Telephone (not text) him at (315) 866-6661

EXTREMELY IMPORTANT NOTIFICATION - DUE TO THE CORONAVIRUS CRISIS, THE 2020 JAMES "ACE" MORABITO MEMORIAL INVITATIONAL SOFTBALL TOURNAMENT HAS BEEN CANCELLED FOR THIS SPRING. TEAMS, IF THEY CHOOSE, MAY BE "GRANDFATHERED" INTO THE 2021 MORABITO TOURNAMENT, WHICH IS SCHEDULED FOR SATURDAY AND SUNDAY, MAY 1st & 2nd, 2021. PLEASE CONTACT PERRY NOVAK AT: nysscogs@yahoo.com FOR FURTHER INFORMATION.

**UPDATED LINKS** (as of November 1, 2019) - TO ACCESS ALL OF THE 2020 HIGH SCHOOL SOFTBALL SEASON INFORMATION LINKED WEB SITES, THROUGHOUT NEW YORK STATE THAT YOU WOULD EVER NEED, PLEASE EITHER USE THE 'ACCESS TO THE 2020 LINKS' BUTTON JUST ABOVE THE 'HEADLINES' SECTION ON THE RIGHT HAND SIDE OF THE MAIN PAGE OR CLICK ON THE "ABOUT" OPTION TOWARDS THE TOP PORTION OF THIS MAIN PAGE, AND CHOOSE THE "LINKS" OPTION AND BROWSE ALL OF THE VARIOUS LINKS AVAILABLE. WE ARE SURE THAT YOU WILL ENJOY THIS 'ONCE STOP SHOPPING' ACCESS FOR ALL OF YOUR HIGH SCHOOL SOFTBALL INQUIRIES.

ALSO, PLEASE SEE THE 'POLL' ON THE RIGHT HAND SIDE OF THE MAIN PAGE OF THIS TOURNAMENT WEB SITE (JUST BELOW THE HEADLINES AND TIME REMAINING CLOCK FOR THE START OF THE TOURNAMENT), FOR THE 2020 MORABITO TOURNAMENT, TO ALLOW YOU TO CAST YOUR FUN "ON LINE VOTE" ON WHO YOU THINK WILL WIN THE 40th ANNIVERSARY - 2020 JAMES "ACE" MORABITO MEMORIAL INVITATIONAL SOFTBALL TOURNAMENT. VOTE AS OFTEN AS YOU LIKE, FOR THE TEAM OF YOUR CHOICE.

THE INDUCTION CEREMONY FOR THE NEW YORK STATE HIGH SCHOOL SOFTBALL HALL OF FAME - "CLASS OF 2021" AND THE "CLASS OF 2020" WILL TAKE PLACE RIGHT AFTER THE CONCLUSION OF THE LAST PLAYED GAME OF THE DAY ON SATURDAY, MAY 1. 2021. THE ACTUAL CEREMONY IS SCHEDULED FOR THE HALL OF FAME PAVILLION, LOCATED JUST BEYOND THE RIGHT FIELD FENCE ON FIELD # 3. WE ASK THAT ALL FAMILY, PLAYERS, COACHES, AND FANS IN ATTENDANCE TO BRING YOUR CHAIRS AND BLANKETS ONTO THE RIGHT FIELD AREA OF FIELD # 3 FOR THE CEREMONY.

ALL QUESTIONS AND INQUIRIES SHOULD BE DIRECTED TO Mr. PERRY NOVAK - TOURNAMENT DIRECTOR & PRESIDENT OF NYSSCOGS AT: nysscogs@yahoo.com

Additional information pertaining to the history of the tournament can be found below:

HISTORY OF THE MORABITO TOURNAMENT

The James "Ace" Morabito Memorial Invitational Softball Tournament was founded, at Port Chester High School (Section 1) back in 1981 by former Port Chester HS Athletic Director, the late Tony Zimbalatti, along with former Port Chester HS Softball Coaches Bill Shaw (New York State High School Hall of Fame Inductee - Class of 2012) and Kathy Federici. This tournament, considered to be the "Grand-Daddy" of all "In Season" High School Softball Tournaments in the Eastern United States, has showcased some of the top elite players ever to come out of New York State. In 2003, the tournament moved to the Binghamton, New York area, where multiple State Coach Of The Year Selection and 2014 New York State High School Softball Hall of Fame Inductee, Coach Dale Cook along with BAGSAI Complex Director, Lou Bishop, continued the excellence in competition, with the tournament being held at Schurnbush Park in Conklin, NY and then at the Nationally Reknown BAGSAI Softball Complex in Binghamton, New York. In 2012, the tournament moved to the Mudville Softball Complex in Herkimer, New York and is now under the direction of Perry Novak, President of NYSSCOGS. The tournament is named after and dedicated to the memory of James "Ace" Morabito, who was a former Port Chester High School Baseball Player, whose life on this earth was cut well too short. In the days where Boys Athletics were considered "KING" ACE Morabito pushed for equal rights for GIRLS SOFTBALL, pressing the school to ensure that the Girls Softball Team received just as much support from the school and community as the Baseball Team did. With this drive and passion for Girls Softball, when he passed, the Tournament was created and dedicated to his memory. Below is a complete listing of the long history of this outstanding event:

It was in 1989, when the tournament went from a 4 Team Tournament to an 8 Team Tournament, played over a Friday Afternoon and the following Saturday . It was the intent of the Tournament Directors to utilize the tournament as a ‘Showcase’ event for some of the strongest pitchers in Westchester County (Section 1). Irvington High School proved to be the best that year with former Concordia College Standout Pitcher, Cathy Toolan, leading her team to victory over the 3 games played.

It was in 2003, that due to Port Chester High School no longer being able to host the event, that the Morabito Tournament moved to the Southern Tier Area of New York State. Susquehanna Valley High School and Coach Dale Cook, agreed to become the New Host School for the tournament. The tournament was held at both Susquehanna Valley High School and Schnurbusch Park in Conklin, New York. Susquehanna Valley High School ended up being the winner of the tournament in 2003 and again in 2005, led by 2003 Tournament MVP, Fordham University All Star Pitcher, and 2016 NYS HS Softball Hall of Fame Inductee, Rachael Wiggins and 2005 Tournament MVP and former Seton Hall University Standout, Shannon Pease. In 2004, Cicero North Syracuse High School, led by All State Catcher, Binghamton University great and 2016 NYS HS Softball Hall of Fame Inductee, Jessica Phillips, took the title. In 2006, Brewster High School (Section 1), led by Tournament MVP and former University of Buffalo standout, Kristen Gallipani won the event. It was in 2005, that after a torrential downpour of rain, that the Tournament Committee utilized a “Helicopter” contracted from the Nearby Airport to hover over the fields to help dry them out. This was a spectacle that amazed everyone who was in attendance that year and is still talked about today (See Photo Below)

It was in 2007, that the tournament was moved from Conklin, New York to the BAGSAI Softball Complex in Binghamton, New York. This would be the last year that Founding Tournament Director, former Port Chester High School Softball Coach, and Inaugural 2012 NYS HS Softball Hall of Fame Inductee, Bill Shaw, would be Co-Chairman of the event, as he announced his retirement following the 2007 Tournament. Tappan Zee High School from Section 1 won the event that year, with UCLA bound Julie Pacino winning the MVP Award, hitting 4 amazing home runs, one clear over a "mysterious tour bus" parked just outside the Right Center Field Fence on Field 2, during that tournament. The side story of that year’s tournament was the presence of that very large tour bus with the windows all shaded, located beyond the Right-Center Field Fence outside of Field 2 at BAGSAI. No one, other than the Tournament Directors knew why this bus was parked there. It was a mystery all weekend long, until the tournament was completed, and Tappan Zee High School was handed their Championship Trophy. The individual who was inside that tour bus watching the event all weekend long was Julie Pacino’s father, the famed Academy Award Winning Actor, Al Pacino.  In 2008, Victor High School (Section 5), captured the tournament championship, led by Tournament MVP and St. Bonaventure University bound Erin Nargi.  In 2009, Chenango Valley High School out of Section 4, with Tournament MVP, former Marist College standout, and 2019 New York State High School Softball Hall of Fame inductee Dani Koltz leading the way, went on to take the tournament crown. In 2010, led by 2020 NYS HS Softball Hall of Fame Inductee, Tournament MVP and former Syracuse University standout, Mary Beth Dombrowski, Bethlehem High School out of Section 2, capture the Tournament Championship. Finally, in 2011, which was to be the last year that the tournament would be held at the BAGSAI Softball Complex, it was Cicero North Syracuse High School from Section 3, who would garner the their 2nd Tournament Championship Trophy. Their Tournament Championship Quest that year was led by their 4 Time All State Pitcher, 2011 Tournament MVP, Syracuse University and NCAA Record Setting Standout, and 2018 NYS HS Softball Hall of Fame Inductee, Sydney O'Hara.

OVER THE YEARS, THE JAMES "ACE" MORABITO MEMORIAL INVITATIONAL SOFTBALL TOURNAMENT HAS SHOWCASED SOME OF THE FINEST HIGH SCHOOL SOFTBALL TEAMS IN THE STATE OF NEW YORK. SINCE 1990, A PARTICIPANT OF THE MORABITO TOURNAMENT HAS GONE ON TO CAPTURE THE STATE CHAMPIONSHIP WITHIN THEIR RESPECTIVE ENROLLMENT CLASSIFICATION. SOME OF THOSE GREAT TEAMS HAVE BEEN:

2020 - NO CHAMPION CROWNED DUE TO THE COVID-19/CORONAVIRUS CRISIS

OVER THE YEARS, THIS TOURNAMENT HAS SHOW-CASED SOME OF THE TOP HIGH SCHOOL SOFTBALL ATHLETES THAT THE STATE OF NEW YORK HAS EVER PRODUCED. HERE IS A LISTING OF THE PAST MVP RECEIPANTS OF THE TOURNAMENT:

2019 - NO M.V.P. CROWNED DUE TO THE COVID-19/CORONAVIRUS CRISIS (NO COLLEGE OR UNIVERSITY APPLICABLE)

2017 - NO M.V.P. CROWNED DUE TO RAIN (NO COLLEGE OR UNIVERSITY APPLICABLE)

2002 - NO M.V.P. CROWNED DUE TO RAIN (NO COLLEGE OR UNIVERSITY APPLICABLE)

2000 - NO M.V.P. CROWNED DUE TO RAIN (NO COLLEGE OR UNIVERSITY APPLICABLE)

1998 - NO M.V.P. CROWNED DUE TO RAIN (NO COLLEGE OR UNIVERSITY APPLICABLE) 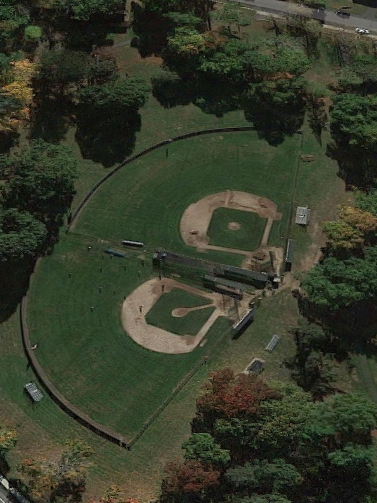 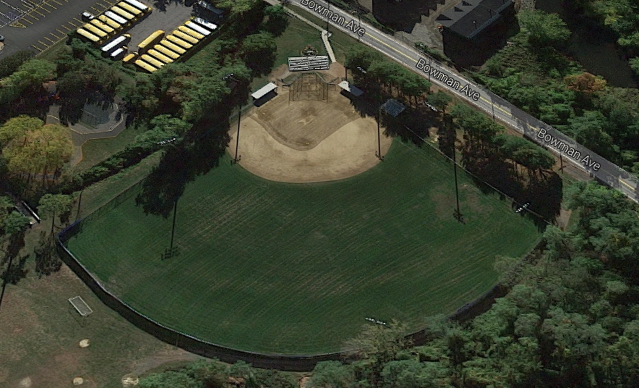 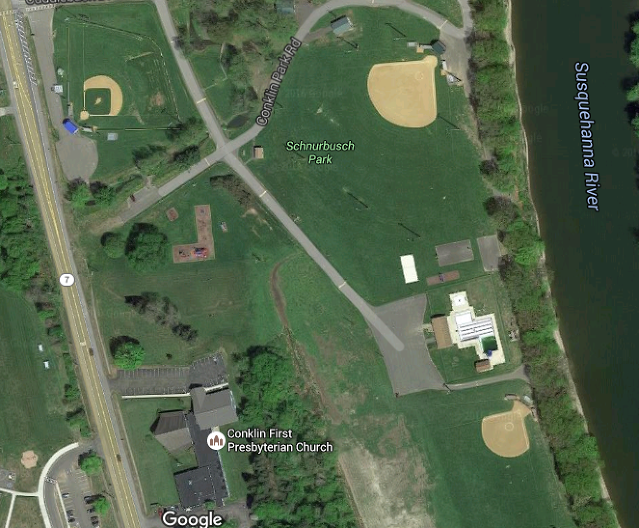 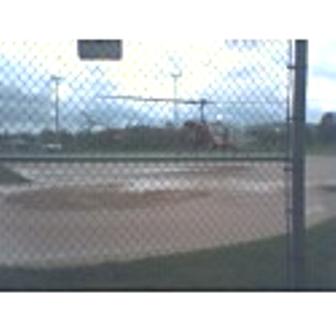 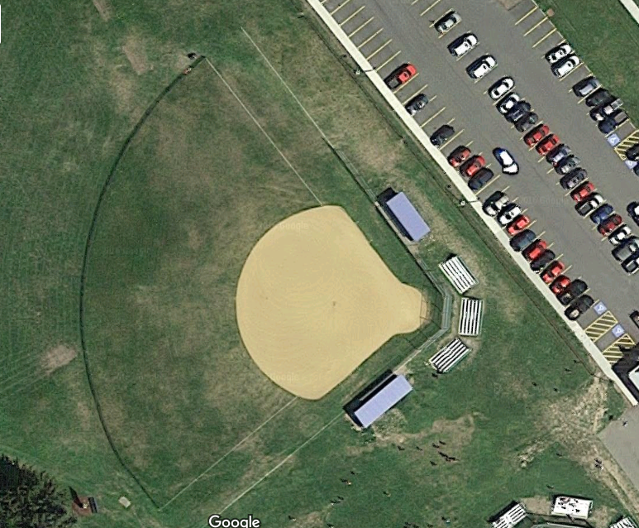 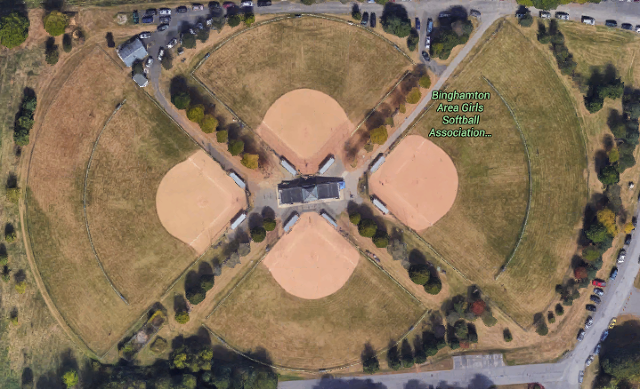 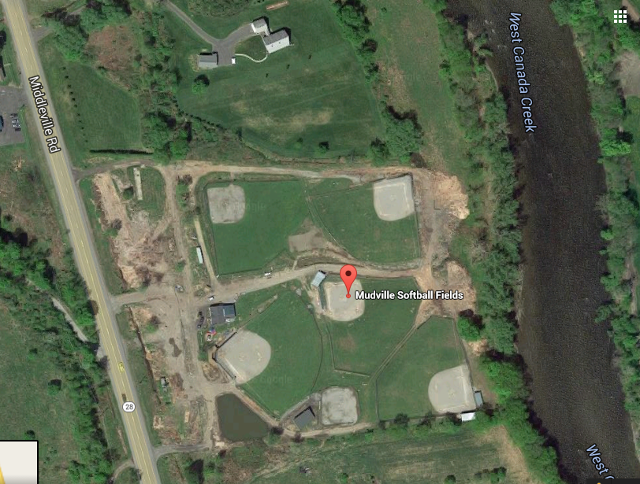 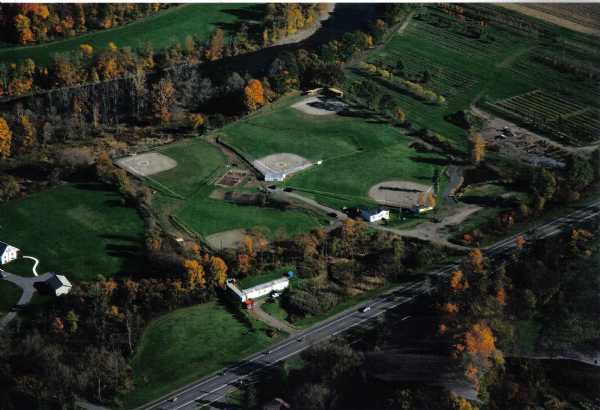 HISTORY OF OUTSTANDING COACHING IN THE HISTORY OF THE TOURNAMENT (BY SECTION): 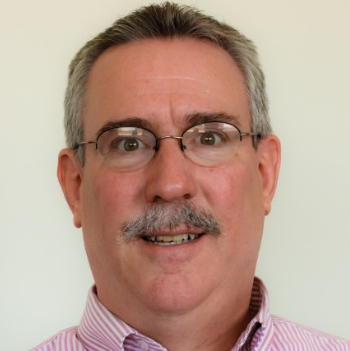 IN 2007, BILL SHAW, FORMER PORT CHESTER HIGH SCHOOL SOFTBALL COACH AND LONG TIME TOURNAMENT DIRECTOR, RETIRED FROM THE MORABITO TOURNAMENT COMMITTEE, AFTER 27 YEARS OF DEDICATION TO THIS ANNUAL EVENT. HIS LOYALATY AND COMMITMENT TO THIS TOURNAMENT, AS WELL AS THE GAME OF HIGH SCHOOL SOFTBALL WITHIN THE STATE OF NEW YORK, IS SECOND TO NONE. HIS CONTRIBUTIONS WILL CERTAINLY BE MISSED BY ALL ASSOCIATED WITH THE GAME AND WISH HIM NOTHING BUT THE BEST IN HIS FUTURE ENDEVOUS.

Anthony F. Zimbalatti, age 79, passed away in his sleep peacefully on Thursday, May 25, 2006 at his home in West Harrison, NY. One of the most gifted athletes to grace the playing fields of Westchester County, Mr Zimbalatti was an outstanding physical education teacher and coach, serving as Athletic Director in the Port Chester Public Schools for over thirty five years. He started the James "Ace" Morabito Memorial Invitational Softball Tournament, and served as one of the Tournament Directors from 1981 to 1994. The Morabito Tournament has become the largest "In Season" High School Softball Tournaments in the Eastern United States.