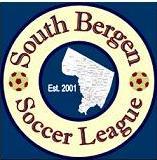 THE 2020 SEASON IS ON THE WAY!
Team registration, field availability and players cards are due no later that August 10.
Given the current State guidelines, play will begin after Labor Day.

CONGRATULATIONS TO OUR 2019 WINNERS

In an effort to limit excessive scoring, any team that wins a game greater than 6 goals differential shall have the then head coach at said game suspended for one game. In addition, the winning teams score will be reported with only the 6 goal differential. A coach sacrificing a goal and scoring against their own team will still face suspension.

After Full Time, teams will take a 5 minute break.

Overtime will consist of a 15 minute period, played in its entirety with No Golden Goal.


No substitutions can be made once overtime starts. If a player is injured and cannot continue a substitution may be made but is ineligible for kicks from the spot.


If the injured player cannot partake in kicks they will skip their spot.

If still tied after OT, players who were on field at end of OT remain on the field as coaches select players to take penalty kicks in order from 1-11 from roster.

If still tied after 5 kicks, alternate 1 for 1 until a winner is determined or all 11 players have gone than repeat process going 1 for 1.