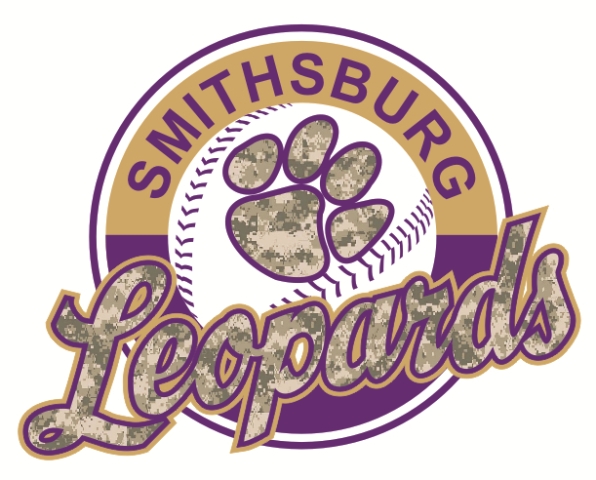 Coach Chad Rupert is the 2017 Maryland State Baseball Association of Baseball Coaches Assistant Coach of the Year.  Coach Rupert has served as a Leopard assistant for 11 seasons, and he has also been an assistant with Funkstown American Legion for the past 5 years.  Coach Rupert has been instrumental in bringing us our first State Championship in 2014, as well as three State Championships to Funkstown Legion.  With his hard nose approach, Coach Rupert has influenced young men to work hard and make no excuses in their journey to be the best player and team they can be. Coach Rupert has been vital to the success of both programs facilities.  He has given up much of his time and own money to many projects that were a part of each facility.  With all of these actions and success, Coach Rupert is the MSABC Assistant Coach of the Year.  We are very proud of him, and lucky to have him in a Leopard uniform.

Coach Mike Kipe has won the 2017 Maryland State Association of Baseball Coaches Amateur Coach of the Year for his great work with the Hagerstown Braves. The 2018 season will be Kipe's 21st year with the Braves, the past 11 years as Manager.  Coach Kipe is also an Officer of the Hagerstown Baseball Association which operates the Braves and the Washington County Select.  Kipe has been vital in the development of college players in our area.  Coach Kipe has given numerous players a place to play competitive baseball that prepares them for college, or in some cases provide a place for college coaches to recruit athletes.  The Hagerstown Braves is a semi-professional organization that also allows adults to continue to live out their sandlot dreams as well.  When other people are folding teams, Kipe is starting new ones. He is one of a few that has started an Under-22 team that offers even more young men the chance to play competitive summer ball. Through all his efforts in the summer, Kipe also gives up his time in the spring to help serve our program at Smithsburg with being our statistician and website manager. Through all of these selfless acts and passion for the game, Coach Mike Kipe has been awarded the MSABC Amateur Coach of the Year.

Congratulations to Coach Mike Kipe. Thank you for all you do for the game of baseball. 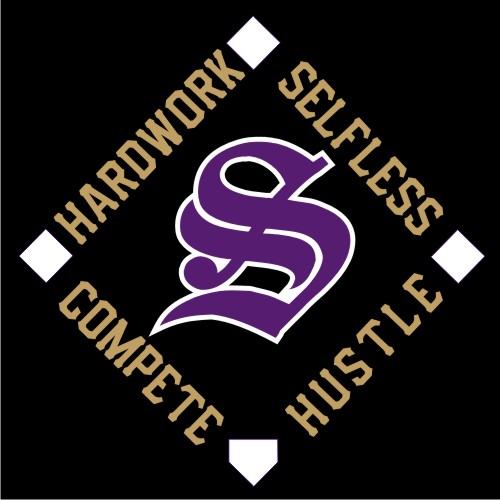 OUR FAITHFUL AND MOST GRACIOUS SPONSORS 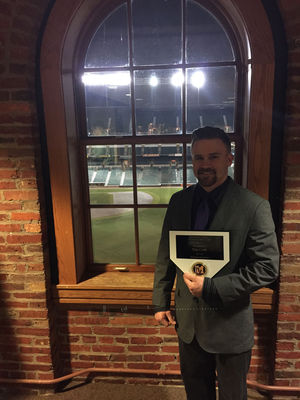 Trey Cobb is a team player all the way.

He coaches a team sport — baseball at Smithsburg High.

The Leopards epitomized what a team is all about, taking the entire season to jell to make an emphatic run to win the Maryland Class 1A state championship.

So when he was honored as the 2014 District 1 Coach of the Year at the Maryland State Association of Baseball Coaches annual preseason awards banquet at Camden on Feb. 7, Cobb took one for the team. The organization honors the top coach in 10 districts — two in District 10 which is divided between Baltimore and Washington.

It wasn’t an Academy Awards moment with a two-minute speech thanking everyone, but it was a moment when he tried to break his plaque into many little pieces.

“It was a nice wrap on last year,” Cobb said. “It was a very memorable year. The kids did a great job of focusing on what they had to do every day on that day.”

The Leopards “found their way,” according to Cobb, going from a team that was trying to make the pieces fit to one that knew all the answers all the way to Aberdeen to win that title.

But then, Cobb admits, he thought about the fraternity he belongs to — the one of Washington County baseball coaches. He got the hardware, but it might not have been possible without his “brothers.”

“I’m pretty fortunate to work around these coaches in Washington County,” Cobb said. “It’s a lot of great coaches who work hard because they don’t want to finish second. We like to compete and play at the highest level that we can. They are all great friends.”

Cobb is one of the new breed of coaches in the county, one of a group that played their high school ball in the area and then came back to coach those teams. They draw from a group of mentors — many their former coaches — for the wealth of information to carry their teams.

Another example of the fraternity at work came when Williamsport’s Colby Byers was selected to the MSABC’s preseason All-State team.

Byers will be starting his fourth season with Williamsport’s varsity and his third as the starting catcher. He was name to the All-Washington County and All-MVAL Antietam first teams last year, hitting .358 with four home runs and 25 RBIs.

“Colby is a powerful left-handed hitter, one of the best defensive catchers in the West Region,” said Williamsport coach David Warrenfeltz. “He been a great leader of us behind the plate for the last three years and he leads the team both on and off the field.”

Warrenfeltz, a former winner of the District 1 award, is an example of Cobb’s bond.

“I was there when David won his award and he was there when I got mine,” Cobb said. “We are all about coaching and about making the county become a little bit better. Washington County has a close-knit bond. We have a great baseball area here, but don’t get much respect once we get over the mountain. We are working to change that.”

The 2014 Leopards did their part with the state title. Smithsburg took some lumps early in a loaded schedule which featured just five Class 1A games before the region tournament. Forced to play up with Class 2A and 3A teams didn’t help the record, but taught the Leopards what they needed for a tournament run.

“This county, we all battle each other,” Cobb said. “I like that because it helps you find out who you are. We have a lot of talent here. I can see a time when baseball might be like volleyball in this area. We have the capability of being able to have three teams go to the state tournament and come home with titles.”

But for Smithsburg, Cobb has a plan to focus on bigger and better things.

“We are trying to build a tradition at Smithsburg,” Cobb said. “Those kids are great blue-collar players who work hard and grind it out. It’s time to start get on to this year. The team is a year older and have been together.

“This award was a memorable end to last year, but it won’t be the last one.” 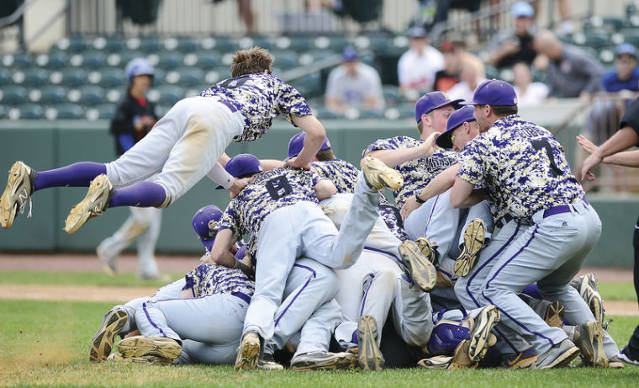 Former Leopard Josh Conway was selected in the 4th round (134th overall selection) by the Chicago Cubs in the MLB draft. Conway, a 2009 graduate of Smithsburg, was also drafted in 2009 by the Atlanta Braves in the 42nd round, but elected to go to Coastal Carolina. In Conway’s three years at Coastal Carolina he was 14-3 with a 2.68 ERA and worked his way into a weekend starter role. Conway’s professional career will begin with a small bump in the road as he underwent Tommy John surgery in mid-May. However, Conway has reported the Cubs training facility in Mesa, Arizona to begin rehab.