Summer Basketball Camp information is starting to arrive and if you are looking for a great, local and affordable camp check out

After sweeping Pool A in the 46th Annual Brantford CYO Paul Mitchell Novice 2 Basketball Tournament, the Stratford Revolution under 10 boys team went all the way to win the finals and take home the championship.

In Sunday’s semi-finals, the Cambridge Centaurs put up a good fight, but the Revolution came away with a 24-15 win.

The championship game against the Dundas Dynamo was nearly even at half-time with the Revolution narrowly leading 20-18. The Revolution pulled away in the second half to win 45-29.

The Revolution showed remarkable skill and sportsmanship throughout the tournament, and are proud to bring the championship home to Stratford.

Their performance over the weekend brings their season record to 17-4. 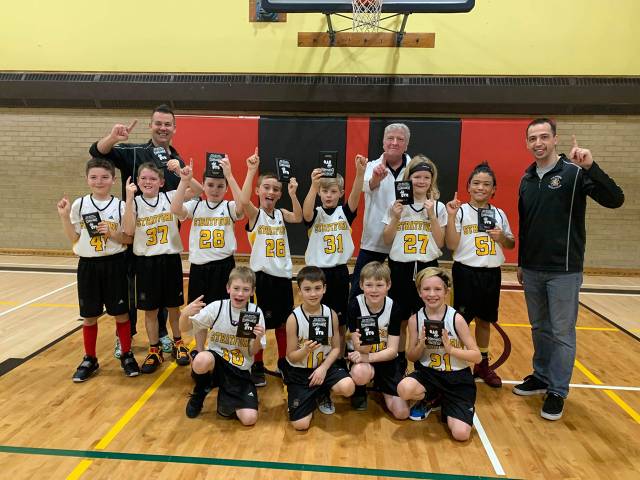 Wow, what a great weekend for Stratford Basketball! Congratulations to all of our teams, keep working hard! Follow us on Instagram for updates and news. 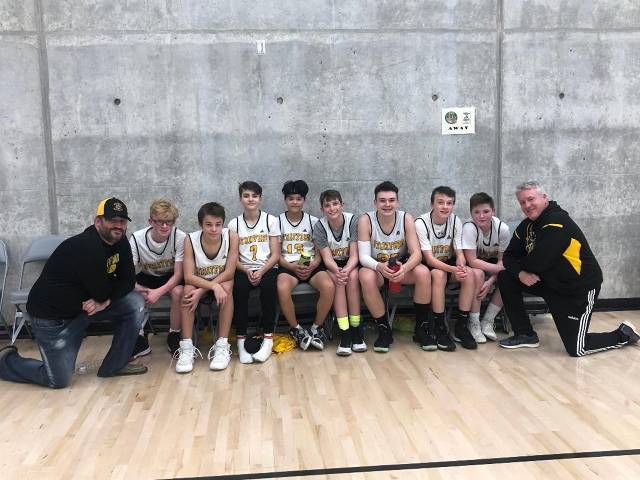 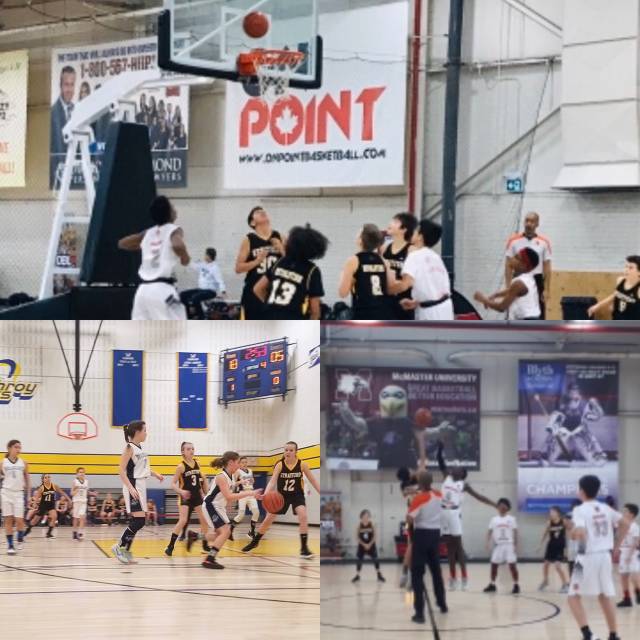 The U15 Stratford Revolution girls went 2-2 in Bradford this weekend. Good work ladies! 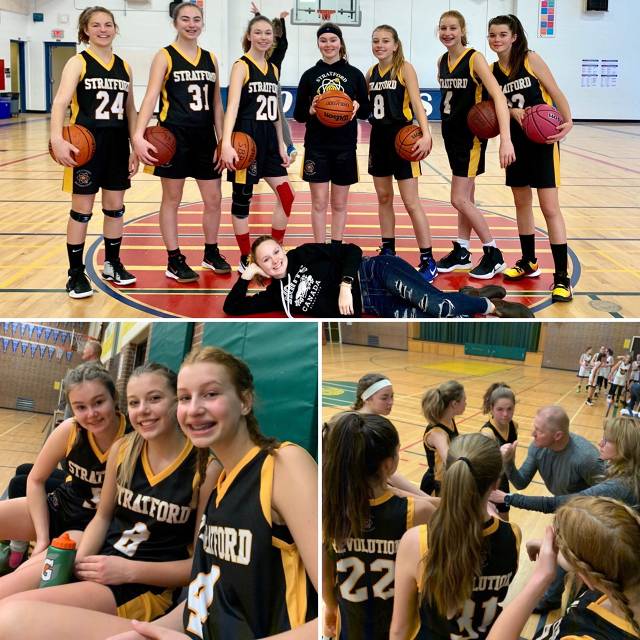 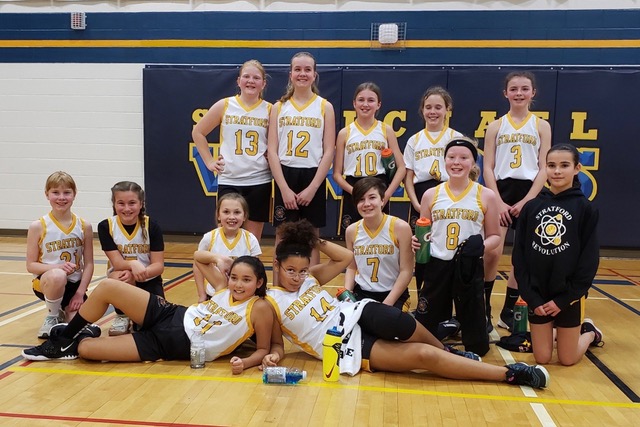 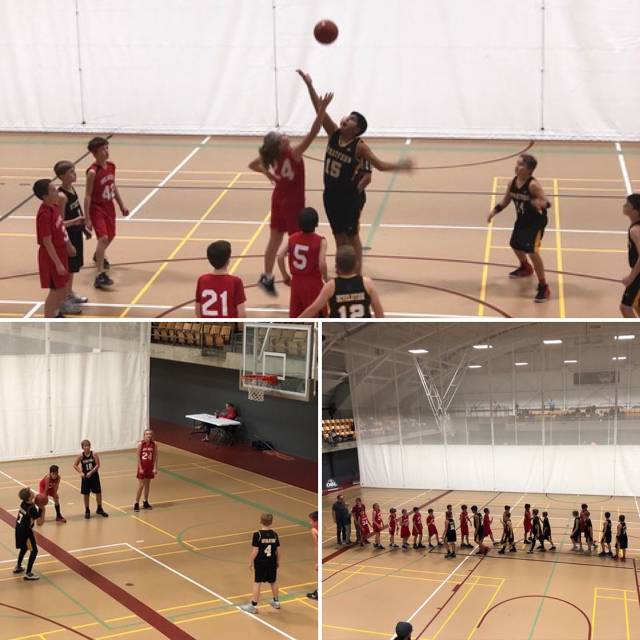 Stratford Revolution under 10 boys basketball team were victorious in both games in a round robin they hosted against two Southwestern Ontario area teams.

On January 11, 2020, the Revolution faced the London Ramblers in their first game. The Revolution played a tight defensive game and won 43-10. 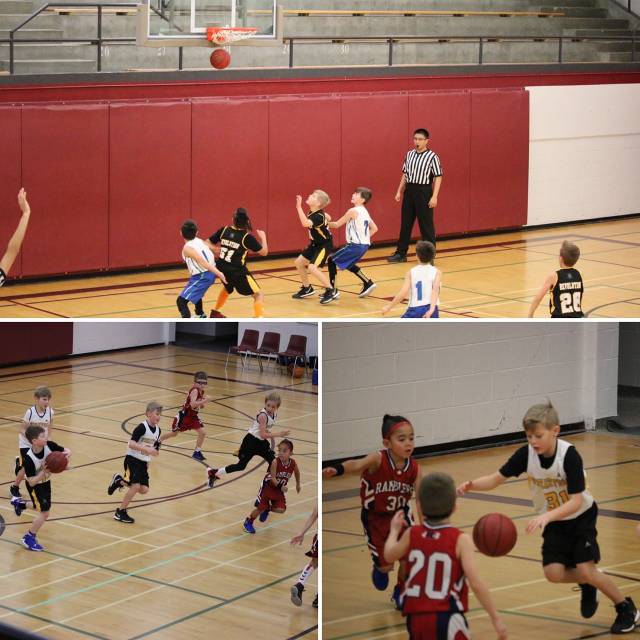 The Stratford Revolution would like to thank their sponsor LSI Supply, volunteers who worked at the snack bar, and Tanya Martin and Kortney Miller for coordinating the snack bar. Special thanks to coach Chris Cassone for organizing the event.

Say hello to the U15 Revolution Girls. Their season is underway, check back for updates! 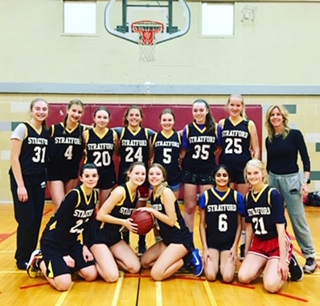 Check out the U10 Stratford Revolution in their new warm ups! 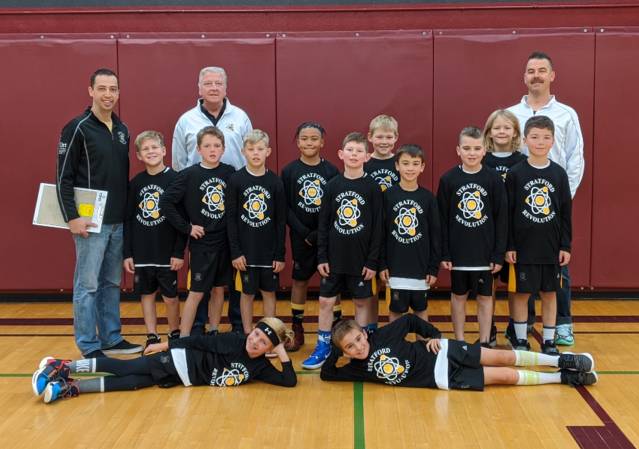 Thank you to Mano Watsa and all of the PGC staff for conducting a fantastic clinic in Stratford once again! We feel so fortunate that you chose the SBA to host your well respected program. Our coaches and players experienced two full days of valuable instruction and some great life lessons too! If you missed it consider signing up next year or check out the PGC website. https://pgcbasketball.com/ 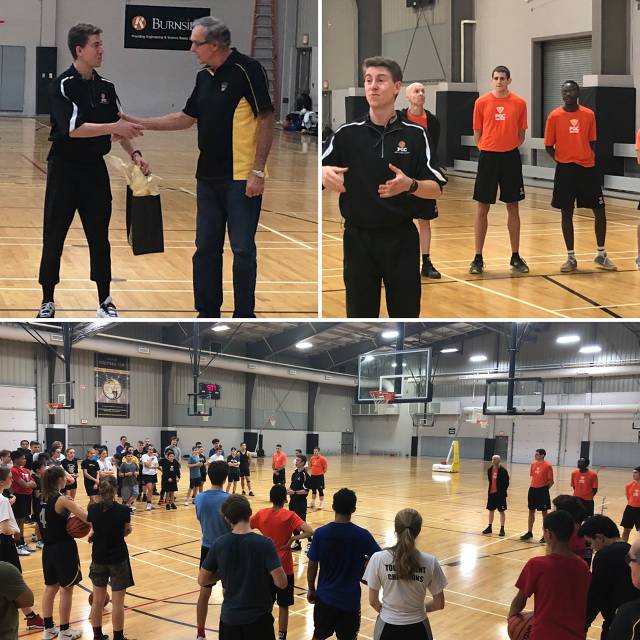 Revolution U10 Boys Host Tournament To Kick Off 2019-20 Season

The Stratford Revolution under 10 boys basketball team started the season with two wins at a tournament they hosted October 25-27, 2019 at Northwestern Secondary School, Stratford.

Kicking off the tournament on Friday evening, the Revolution defeated London Gold Medal 36-31. The teams traded leads throughout the game. The game had an element of friendly rivalry, as the Revolution and Gold Medal previously faced off in the division championship game in the 2018-19 Ontario Cup.

Saturday morning, the Revolution played London Orion. The Revolution showed some great defensive skill and kept their opponents at bay, winning the game 26-19.

The second game of the day against London Elite was a hard fought game, with the Elite prevailing 33-22 over the Revolution.

The Revolution’s tournament finished with a game against the London Ramblers, with the Ramblers winning 45-19.

The Revolution boys played hard and showed good sportsmanship throughout the weekend.

The Stratford Revolution would like to thank volunteers who worked at the snack bar and Tanya Martin and Kortney Miller for all of their help organizing the tournament.

Congratulations to the U15 boys team on winning GOLD at the Ontario Cup in Windsor. Overall the team finished the season with a 20-4 record. Thank you Coaches and families for supporting your players this season. 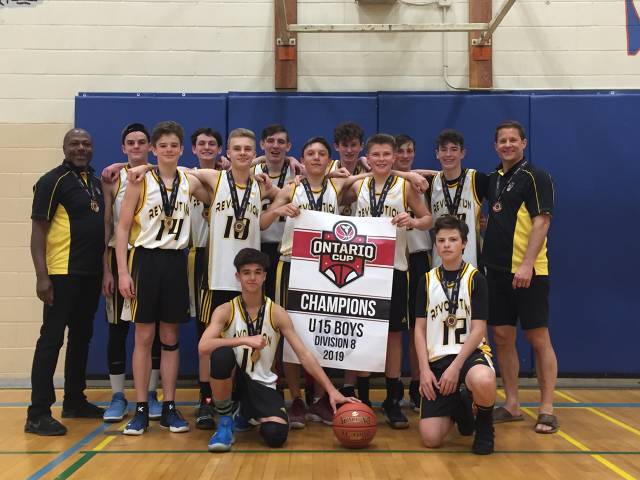 Congratulations to the U15 boys team - OBL Pool Champs! Good luck in the Ontario Cup in Windsor. 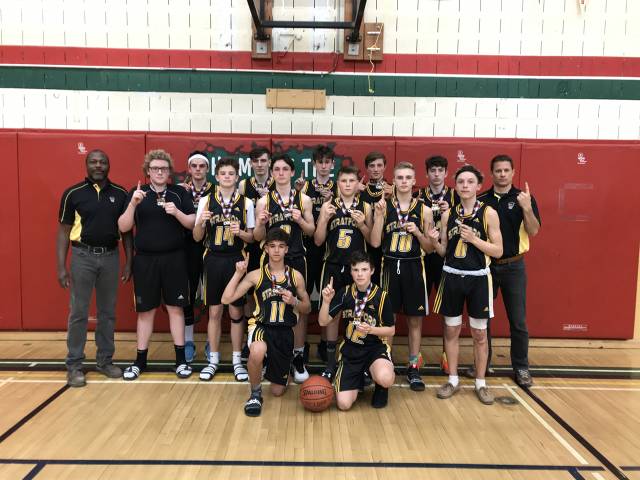 Congratulations to Rob Wrigley's U16 Boys team for a successful OBL season! Good luck at Provincials. 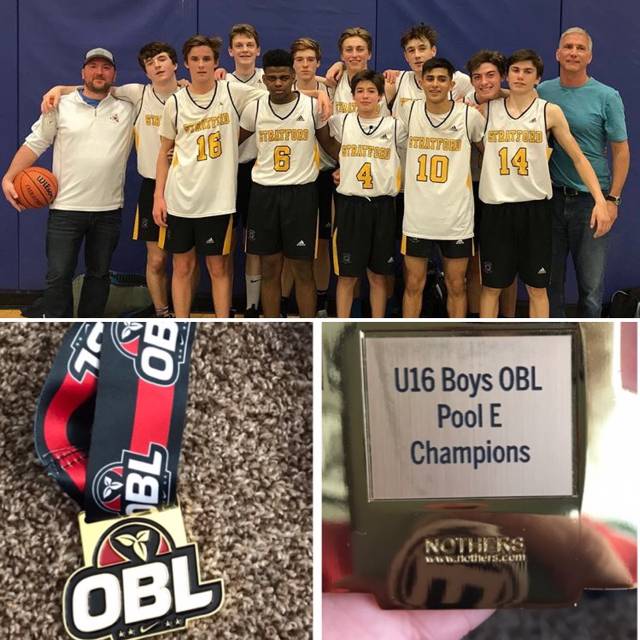 Congratulations to the U14 Boys for taking the Ontario Cup Gold Medal for the 3rd time in three years - FANTASTIC!! 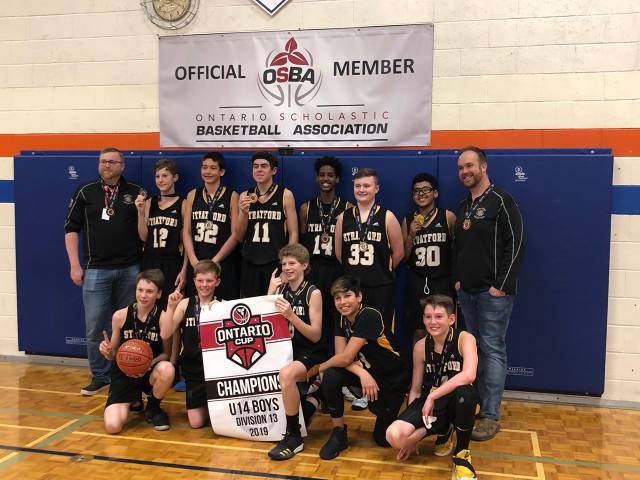 Great season U17 Revolution boys. See you next season! 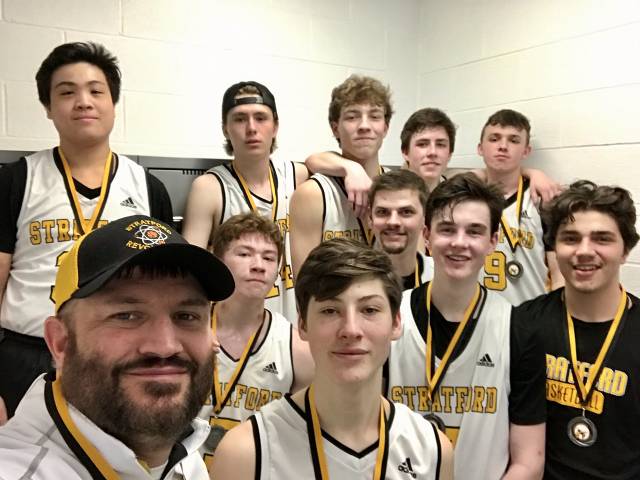 Congratulations to the Revolution U13 Boys for their Provincial BRONZE medal!  All of your hard work really paid off. Special thanks to the coaches and parents - without you, these fine young gentlemen wouldn't have had this opportunity! 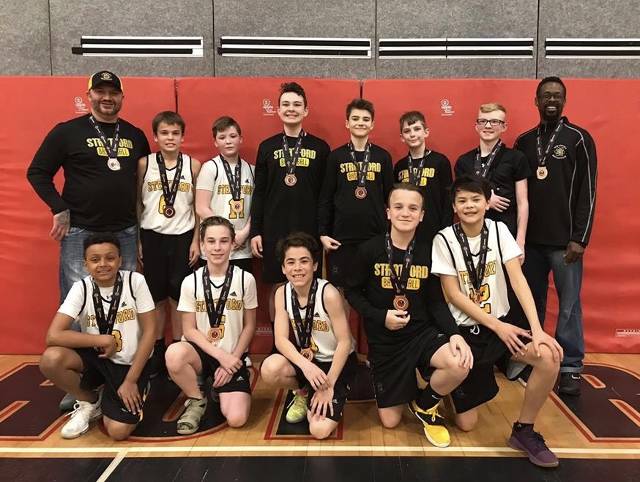 Great season U14 Revolution girls. See you next season! 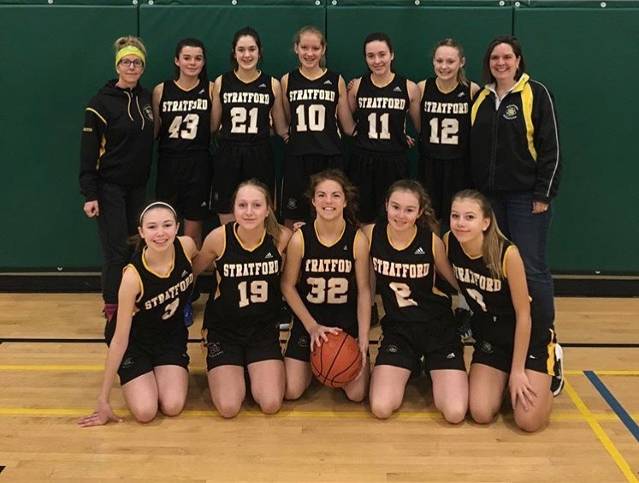 Huge congrats to Noah Dodson on being featured as the OBL instagram page player of the week! @stratfordOBA 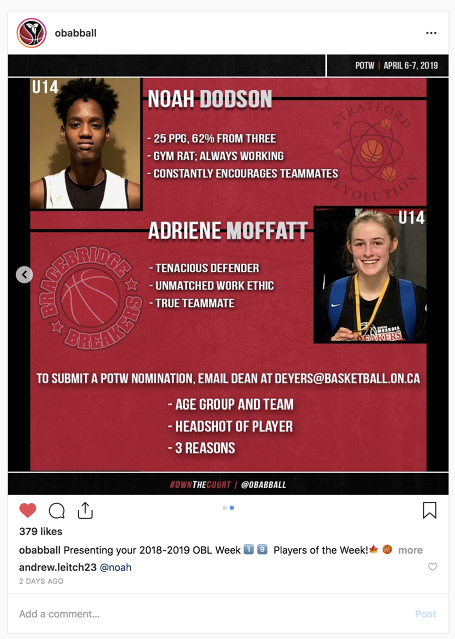 U12 Boys win Bronze at Provincials

Revolution U12 boys took home a BRONZE medal with a come from behind win in London, 52-49. Congratulations to the coaches, players and their parents on a fantastic season! 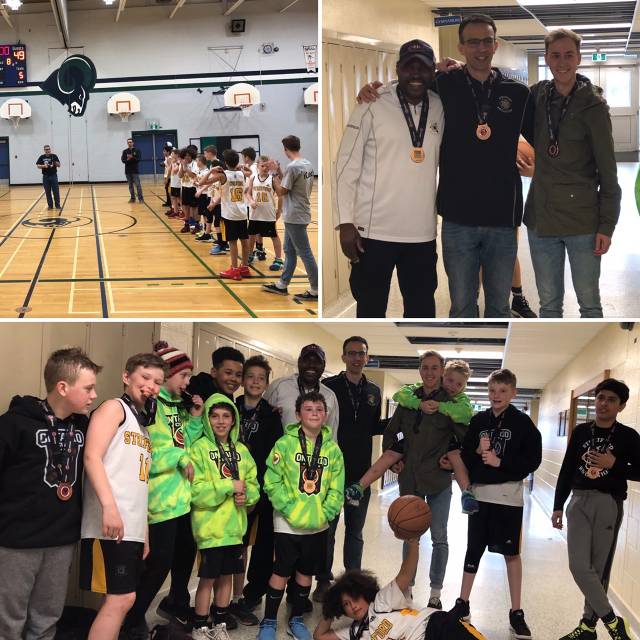 Getting Set for Provincials

Revolution U12 boys some some serious and some silly time prepping for Provincials this weekend. Good luck team! 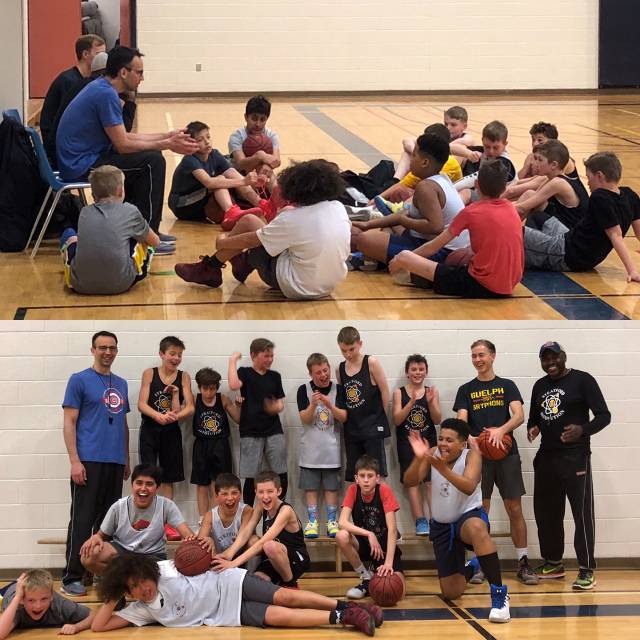 Congratulations to the U10 Boys on their fantastic performance at provincials! 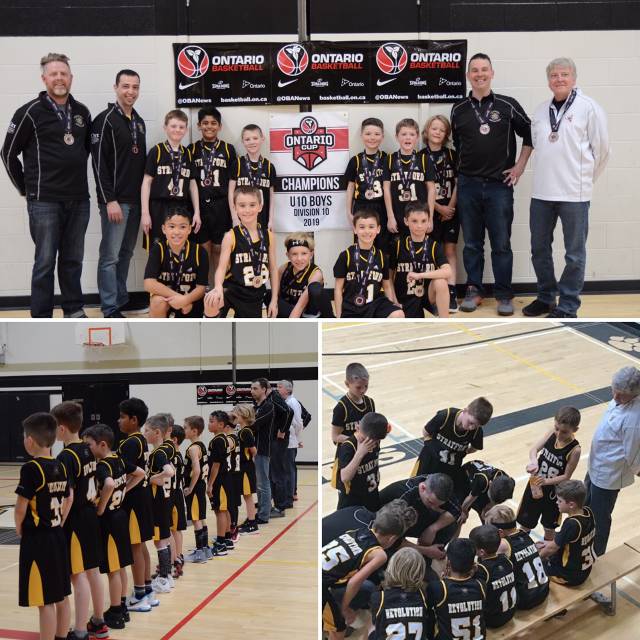 A Holiday shout out to the U14 Girls for this festive photo!!! 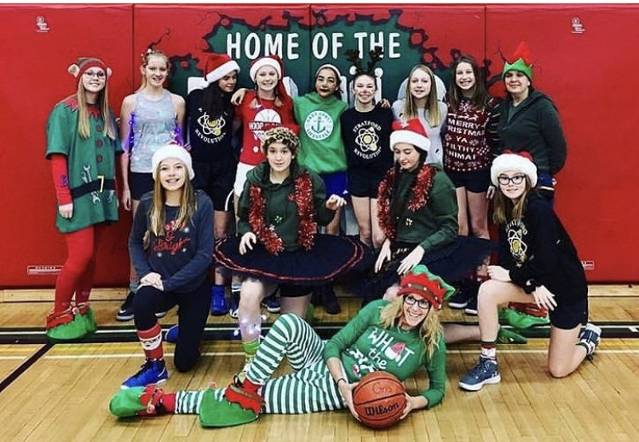 The U14 Girls played their first tournament of the season and came away with 1-1 record, beating the host CW Celtics 39-30. Great job ladies! 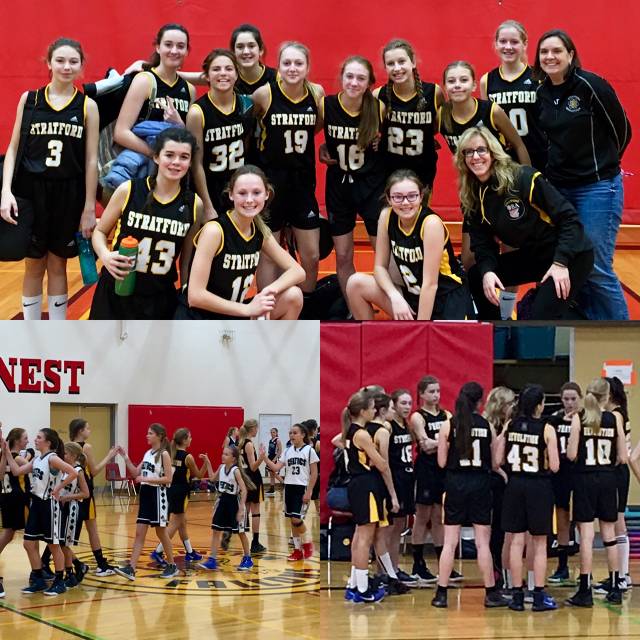 The U10 Revolution team played extremely well on Saturday and were looking great in their new warm up shirts that were sponsored by Straight Forward Sales. These shirts will look great with the new uniforms that are on order. The team would like to send out a very big THANK YOU to their sponsor and they look forward to wearing these shirts throughout the season. 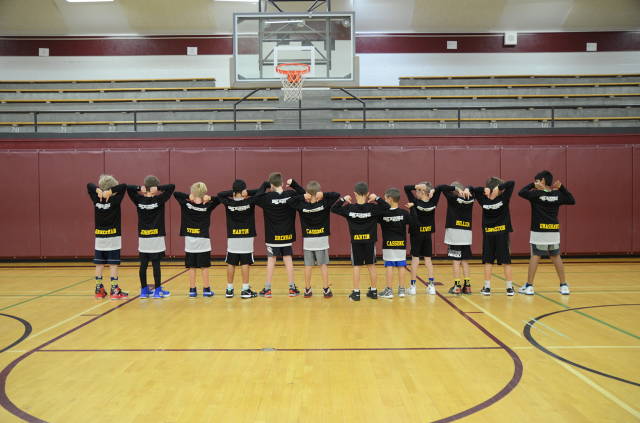 Stratford Revolution U13 Boys in action against Cambridge. 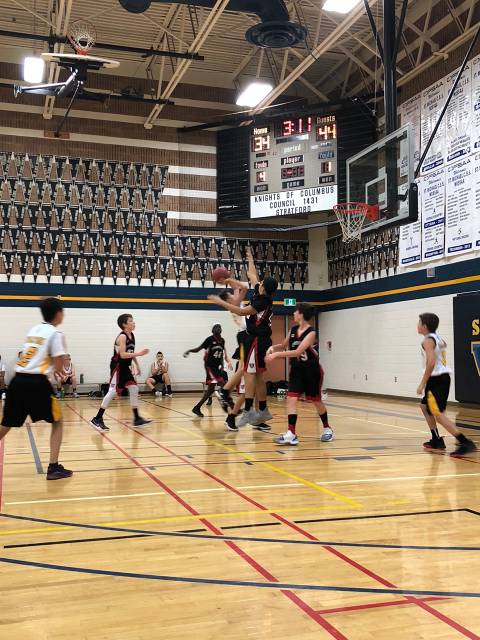 Check out our youngest Rev players in action this season !!! 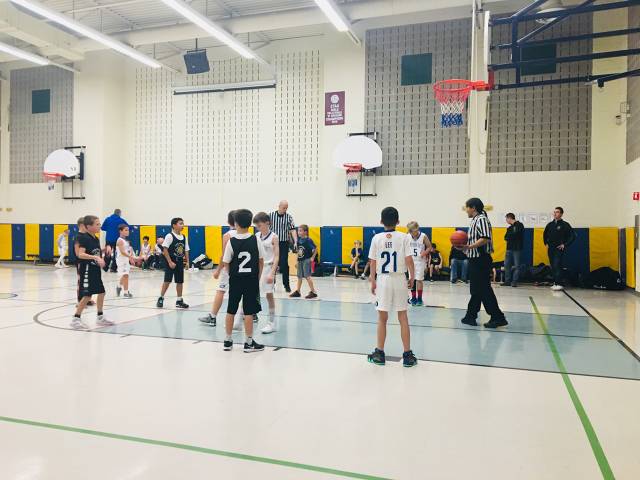 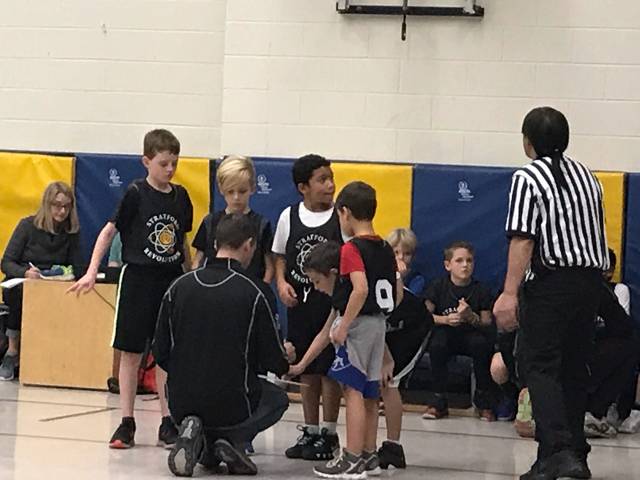 Thank You to Mano Watsa and PGC Basketball!!

For the 2nd year in a row Stratford Basketball had the honour of hosting a PGC Clinic in Stratford. We are grateful to be able to offer this program to our players and neighbouring hoops players. We also appreciate the training for our coaches that is supplied by this excellent program. 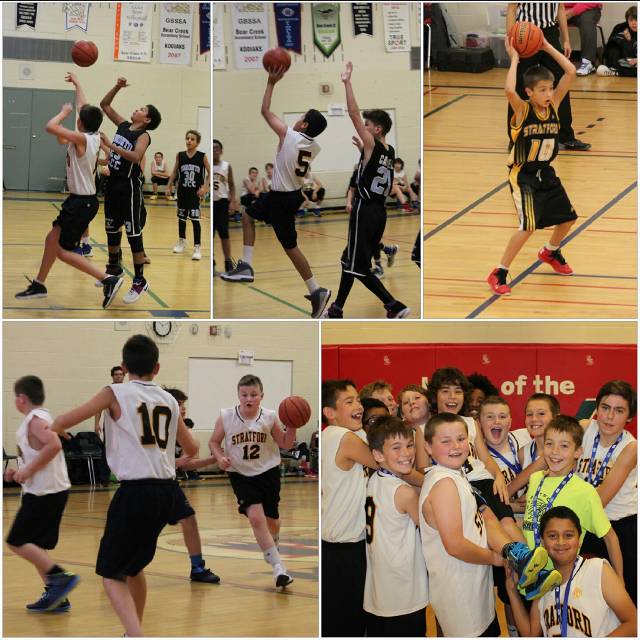