Registration is Open online! If you register online, please make arrangements drop off proofs of residency or email to westernlltucson@gmail.com or wllplayeragt@gmail.com

In Person Registrations for Lower Divisions!

All players 8-12 must attend at least ONE evaluation

Annually, during a local league’s player registration, a parent or legal guardian of a potential Little Leaguer® are required to provide a minimum of three personal documents that are used to establish the residency of the child. Residency documents are collected according to three categories.

Per Little League Regulation: Residence shall be established and supported by documents containing the full residence which includes parent(s) or guardian(s) name, street address, city, state, and zip code information, dated, or in force, between February 1 of the previous year, and February 1 of the current year, from one or more documents from each of the three groups outlined in the current year’s Official Regulations, Playing Rules, and Policies.

School Enrollment is also a means of establishing a player’s eligibility. Starting with the 2017 season, a school report card is not accepted as a School Enrollment Eligibility document. Players who established “residence” or “school attendance” for regular season and/or tournament prior to the 2016-2017 season using the Player Verification Form, and can produce the form with proper proofs and signatures, are grandfathered and do NOT need to complete a new Player Verification Form.

This Eligibility Checklist was developed as a guide for both parents and/or legal guardians to prepare for registration; and for local league officials to assure that the proper documentation is being collected during player registration. It is important to note that this same information is used to establish a player’s eligibility to participate in the Little League International Tournament.

Planning on Coaching this Season????

ARE YOU PLANNING ON COACHING THIS SEASON?

IF YOU'D LIKE TO BE CONSIDERED TO COACH FOR THE 2019 SEASON PLEASE FILL OUT THE VOLUNTEER FORM AND EMAIL PRESIDENT CHRISTOPHER GUTIERREZ ASAP! IN THE EMAIL PLEASE STATE THE DIVISION YOU'D LIKE TO COACH ALONG WITH PAST EXPERIENCE COACHING FOR WESTERN LL. 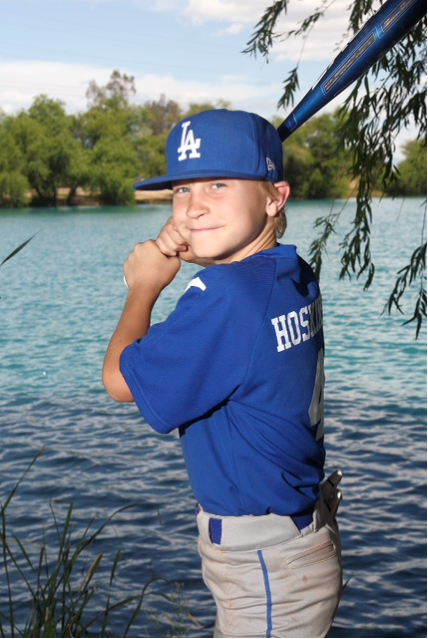 Harry’s Field Dedication—April 14, 2018Joaquin Murrieta ParkTucson, Arizona6:00pmTo all our family and friends, and to the entire Western Little League community.You’re invited! “Harry’s Field” will be formally dedicated on Saturday April 14 at Joaquin Murrieta Park. The former “Field 7” was officially renamed “Harry’s Field” by Tucson City Council on August 8, 2017. The April 14 dedication ceremony will be a celebration of a long and strong baseball tradition at Western Little League. We will recognize the League’s decades of play, players, countless championships, and unveil the league’s premier Intermediate (50/70) field. The inaugural game will be played on Harry’s Field immediately following the field dedication at 7:30pm.

All BPF – 1.15 bats are prohibited beginning with the 2018 season. Additionally, starting in 2018, the bat diameter shall not exceed 2-5/8” for these divisions of play.

Little League (Major) Division and below

The baseball bat shall not be more than 33 inches in length; nor more than 2? inches in diameter, and if wood, not less than fifteen-sixteenths (15/16) inches in diameter (7/8 inch for bats less than 30") at its smallest part. Wood bats taped or fitted with a sleeve may not exceed sixteen (16) inches from the small end.
NOTE: Solid one-piece wood barrel bats do not require a USA Baseball logo.

The baseball bat shall not be more than 34" inches in length; nor more than 2? inches in diameter, and if wood, not less than fifteen-sixteenths (15/16) inches in diameter (7/8 inch for bats less than 30") at its smallest part. Wood bats taped or fitted with a sleeve may not exceed eighteen (18) inches from the small end.

Field 7 is officially "Harry's Field"!  Special thanks to Dan Castro for all of your diligence and hard work! Go Western! 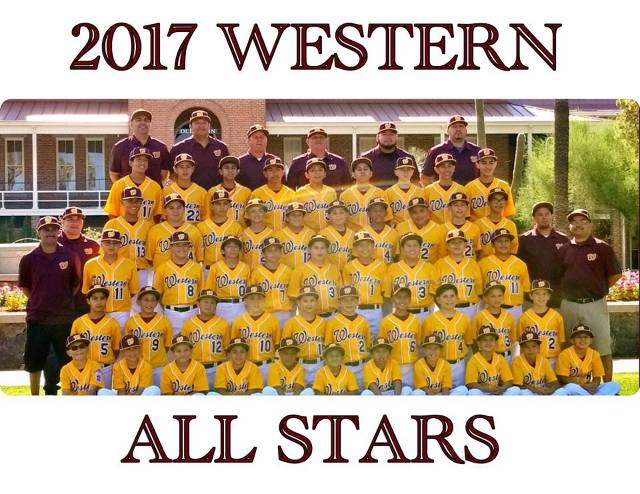 Champions! Our 50/70 team took the tournament! 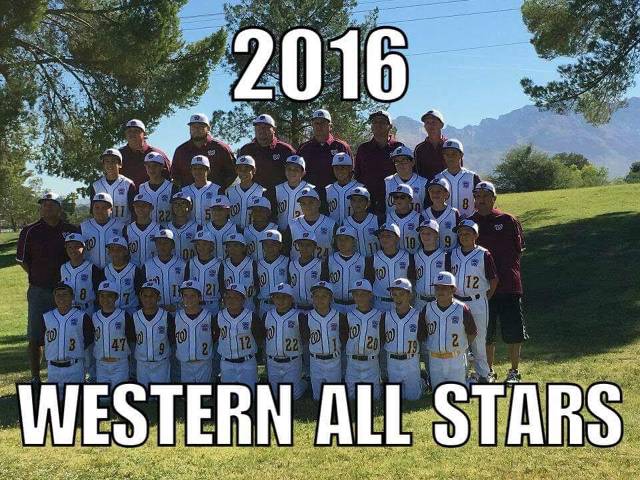 In Memory of Coach Alfred Pesqueira 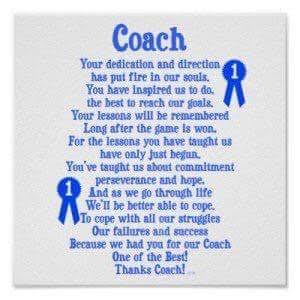 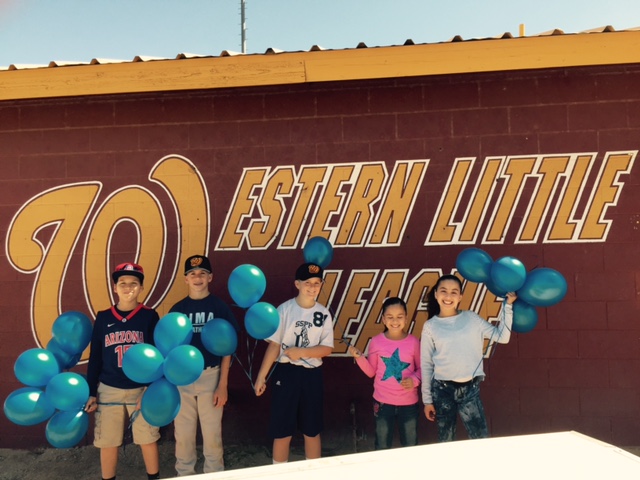 The Western Little League baseball family has lost one of its players. Harry was an exceptional young man that brought happiness to those around him. He loved baseball, his friends and playing at Western.