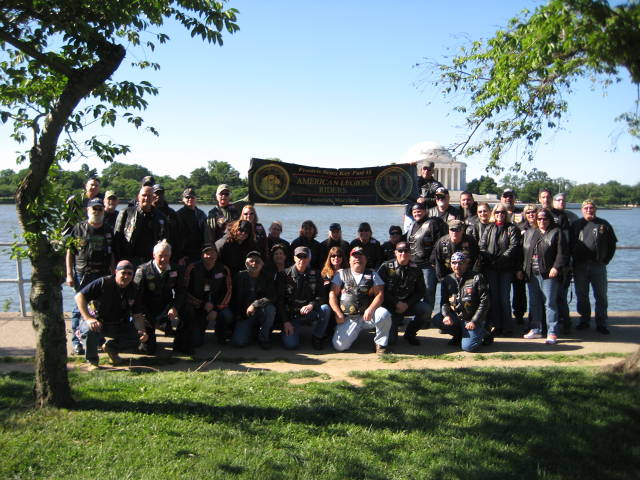 For several years during the riding season, a group of fellow motorcycle riders would meet on Sunday mornings at the Frederick Elks Club and go on a ride. It was very informal, just show up if you were interested and you were off with other motorcycle enthusiasts.

Pete Twenty was contacted by Ron Stuhlemmer who was at the time, the Commander of FSK Post 11 American Legion. They talked about the possibility of forming an American Legion Riders Chapter. Pete then attended some of the other ALR meetings at other Posts and researched the rules set by the American Legion.

The first meeting was held in early spring of 2008 with about 12 people attending who expressed an interest. Monthly meetings were held, and a Charter was formed for Post 11 with Pete Twenty being voted in as the Director.

During the first year in existence, the chapter organized a major fundraiser, by sponsoring a Poker Run. The money raised was donated to Operation Second Chance. The chapter also took part in several organized runs to include Rolling Thunder- Run to the Wall, and the Veterans Day Ceremony at Memorial Park, in Frederick, Md. Our Chapter continues to grow and is fast approaching the largest in Maryland in members.