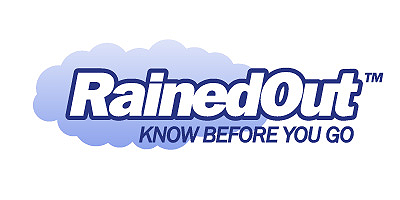 When rain is forecasted, RCSA will be checking the status of the fields at approximately 6:30am on Saturday to make a determination on the status of the fields. That decision will the posted on our communication channels as soon as it's available. If you have the 7:30am game it's entirely possible/probable the decision will NOT be made and the communication channels updated prior to your planned arrival a the fields. The assumption must be that the fields are open until informed otherwise.

If playing in other cities please check there website for Rain out info!
Rowlett Fields

The Association has the responsibility to determine the availability of the fields on game days when there is inclement weather. Coaches and their teams have the responsibility to check the status of the fields before their game. Damage to fields and the safety of players is considered when evaluating field conditions Cancellation information can be accessed through the Association’s website and Facebook. Coaches or team designate should create a team telephone tree to notify the parents on the team in the event of inclement weather. Please do NOT call commissioners or Board Members. The Association determines field availability at the start of the soccer day and has set a goal to determine field availability one (1) hours before the start of the first game of the day. However, you can run into a scenario where the fields are opened at the start of the day, but it starts raining sometime later during the day. The Association has the discretion to cancel games at any age category based on field and weather conditions. If the Association cancels games part way through the day, the information sites will be updated as quickly as possible. Any parent has the right to remove their child from a game due to weather issues. For U8 and below, if the league has not called the game and the removal causes play to stop due to a shortage of players, the game may not be reschedule. Every attempt will be made to reschedule games officially cancelled by the league. For U10 and above, if before the start of the second half, the league officially cancels a game, the game will be called a “NO GAME” by the league and reschedule. Once the second half kickoff occurs, it becomes an official game of record. If the league officially cancels the game in the second half, the team with the most goals will determine the winner of the game.

Weather Guidelines: Rain: RCSA will not cancel or postpone game unless the rain causes the fields to become unsafe or unplayable. If the game is in progress, it is the referee’s or league official’s call to determine if play will continue, be halted, or temporarily postponed. Lightening: RCSA will use the 30/30 rule for judgment of lightning safety. If a lightning flash is seen, and a subsequent thunder is heard within 30 seconds, play may be suspended for 30 minutes to assess the situation. League officials and referees will confer on whether play will continue, be halted, temporarily postponed. Cold Weather: RCSA uses wind chill factors for determining cancellations and postponements. Wind chill at or below 40 degrees Fahrenheit, at game time, is cause for cancellation or postponement.