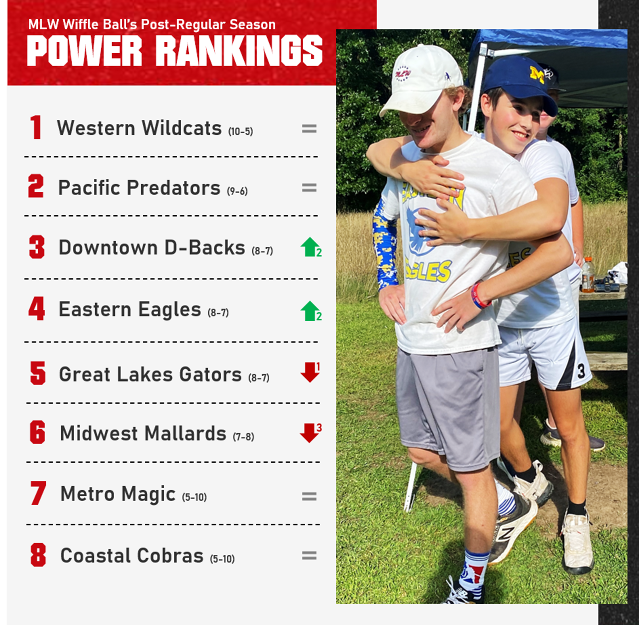 Western Wildcats (10-5): Schultz and Saylor are rolling. One of the best duos we have seen in recent years.

Pacific Predators (9-6): Even though the Preds lost the series to the 'Cats, they still have everything in front of them. Warda will be key to this team's playoff success at the plate. When he goes, the Preds go.

Eastern Eagles (8-7): How in the world did this team win the division for the fourth straight year? Regardless, Daniel Schultz is Daniel Schultz.

Great Lakes Gators (8-7): The Gators have now lost 6 of their last 7 -- not a great way to end the year in which they started 5-1. However, Jorgensen and Cheetam are still very dangerous two-way players. They will have a chance.

Midwest Mallards (7-8): Missing the playoffs is a tough one to swallow for quack attack nation. Going 0-6 against two of the teams in your division won't help your cause though.

Metro Magic (5-10): Liam Jackson is a beast -- yet another rookie who has been impressive in 2020. He is such a perfect piece for this team.