These guidelines are a reference for parents and leagueofficials to help determine player placement for the Youth, Baseball, andSoftball Divisions of South Pasadena Little League. They are subject toapproval and modification by our Board of Directors. Please note that there maybe significant variation from these guidelines. Their overall aim is to ensurethat players are assigned to teams appropriate to their age, physical andemotional maturity and skills, while maintaining balanced teams within each division.SPLL must also operate within the constraints of our charter from Little LeagueBaseball.    The purpose of the youth divisions is to introduce playersto team sports, with emphasis on fun, healthy physical activity, good sportsmanship,new friendships, and to pass on to our next generation the love of the game.

Summary - SPLL uses these age/gender guidelines for most player placement. Exceptions are made only under compelling circumstances and with Board Approval. Please note that girls have the option of playing either baseball or softball; boys can only play baseball. For the 2016 season, BASEBALL age can be found here. SOFTBALL age is the player's age on December 31st of 2015.

Baseball Placement Guidelines - Boys and Girls may sign up for Baseball:

Softball Placement Guidelines - Girls only may sign up for Softball:

Baseball T-Ball and Softball T-Ball       T-ball introduces boys and girls to the game of baseball. It is primarily intended forplayers of league age 4 and 5 who have never played before. Emphasis is on verybasic introduction to the skills of throwing, catching, and hitting the ball.Players learn about the field of play, the defensive positions on the field,and running the bases. All batting is done with a stationary ball placed on atee. Safety and proper use of safety equipment is stressed from the verybeginning and continues throughout every level of play. Players learn aboutteamwork and have fun in an environment free of any competitive pressure.

Baseball Coach Pitch and Softball Coach Pitch       Coachpitch further develops the skills introduced in T-ball and is intended for boysand girls of league age 6 who have already participated in a season of T-ball,and 7-year-olds who are new to the game. Coaches pitch to the players so thatthey learn to hit a moving ball, but the use of a tee is allowed andencouraged, especially early in the season. Teamwork is further developed, assome players are now able to make defensive plays that require catching andthrowing a batted ball. A low level of competition is introduced, as now outscount – after 3 outs, the defensive team comes to bat.

Baseball Machine Pitch and Softball Kid Pitch         Machinepitch baseball is for boys and girls of league age 7 and 8. The coaches operatea pitching machine in order to assure a high probability of delivering strikesto the plate at a consistent speed and location. The purpose of machine pitchis to keep the players engaged in the game, eliminating the persistent walksusually prevalent with this age group, and reducing the batters anxiety atbeing hit by a pitched ball. The fielders get more opportunities to make a playon a batted ball. Like in T-ball and Coach Pitch, the batting order consists ofthe entire team; that is, even if a player is not playing a defensive position,when his or her turn comes up, he or she bats. Girls of league age 7 and 8 mayelect to play softball.

Softball Kid Pitch is for girls of league age 7 and 8. In this division the girls will beintroduced to the game of softball. There will be no standings or runs countedduring games. The girls will be introduced to hitting by utilization of kid pitch (supplemented by coachpitching) and using a batting tee, if needed. They will learn how to advance the bases properlyand also start understanding how to slide. Defensive skills will be learned atthis level as well. All players will play in the field during defense. Proper throwing, fielding, safety, hitting and stretching will be major focuses ofinstruction. At a midway point, some rules will be changed in order to advancethe learning experience of softball.

The purpose of the Minor Leagues is to prepare players anddevelop their abilities on the field. As is true in all divisions, butparticularly in the minor leagues, players should be encouraged to play as manydifferent positions as they wish, with safety and proper training in mind.Managers and coaches are encouraged not to “specialize” players and to payspecial attention to developing pitchers, catchers, and teaching goodfundamentals to all participants. Winning games should not be the focus of theminor leagues. Building teamwork, learning fundamental skills, and encouraging
friendly competition and good sportsmanship are the managers’ priorities. The

Baseball and the Minor League in Softball.

Baseball Kid Pitch (American) League         Americanleague baseball is for players of league 8 and 9. Occasionally, a player ofleague age 10 may be assigned to an American league team if parents, coaches,or league officials determine that that player would benefit from a year ofplay in this division. Typically, by this age, most girls choose to playsoftball, although they may continue to participate in the baseball program. Americanleague introduces player pitching. SPLL has adopted rules aimed at reducing thenumber of walks in a typical game. A certain level of competitive play is alsointroduced, in that standings are kept and trophies are awarded for first andsecond place in a tournament that is played after the regular season. A numberof 9-year-old players from the American league may be nominated for selectionto a 9 & 10 All Star team after the regular season.

Baseball National League            National League baseball is for players of league age 10, 11, and 12, but predominantly10 and 11. Twelve-year-old players are not allowed to pitch in the MinorLeagues, as specified by Little League rules. In the National league, mostsupplemental rules do not apply: the game is played essentially following therulebook published by Little League Baseball. Like in the American league,standings are kept and a tournament takes place after the regular season.Ten-year-old players from the National League may be nominated for selection toa 9 & 10 All Star team after the regular season.

Softball Minor League         TheMinor League is a girl’s next step in Softball. The emphasis is onfun, friendships, safety, and developing the fundamental skills of the game.Minor League Softball is for girls of league age 9 and 10. On very rareoccasions, an 8-year-old player may be placed in this league. Softball Minorsplay under modified rules allowing ten defensive players, batting the entireline up, and having a coach pitch to the batter instead of awarding consecutivewalks. Nine and 10 year old players may be selected to a Minor League All Starteam.

SPLL limits participation in the Major Leagues to 10, 11, and12 year-old players for baseball and 11 and 12 year-old players for softball. The League tries to recruit managers and coaches who areknowledgeable about the rules of the game and exhibit the skills needed toprepare a team for competitive play. The managers’ ability to teach the game,in an age-appropriate manner, is a major consideration in their selection bySPLL.

Baseball Major League and Softball Major League  MajorLeague Baseball is for players of league age 10, 11, and 12. Major LeagueSoftball is for girls of league age 11 and 12. Players are drafted to a majorleague team following the rules laid out by the Little League Operating Manual.The managers, under the supervision of the Player Agent, select players to theteams based on their ability, as demonstrated during the annual player tryouts.Rules of play are governed strictly by Little League’s rulebook. A tournamentconcludes the regular season and trophies are awarded. Ten-year-old playersfrom the Baseball league may be nominated for selection to a 9 & 10 AllStar team. Eleven- and twelve-year-old players from the Baseball and Softballleagues may be nominated for selection to a Little League All Star team.

Baseball and Softball Junior League   Playersof league age 13 and 14 can participate in the Junior Leagues. The managersdraft teams in the same manner as the Major League. The Junior Baseball Leagueintroduces players to a full-scale field in baseball and the games are playedessentially under the same rules as professional baseball. Junior LeagueSoftball plays on a regulation softball field. Pitching is a particularlycompetitive aspect of Junior League Softball. SPLL’s Junior Leagues ofteninterlock with other cities to provide a wider level of competition and theopportunity to play on a variety of fields. Fourteen-year-old players who playon a High School team may not participate in this league (CIF rules), but mayparticipate in Senior League after the conclusion of the CIF season. Thirteen-and fourteen-year old players may be nominated to a Junior League All Star teamafter the regular season. 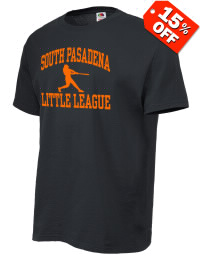 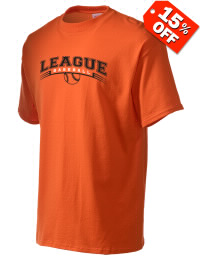 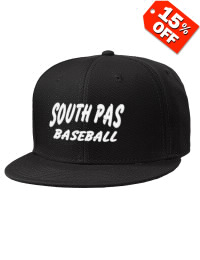 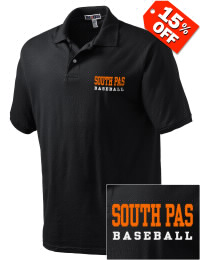 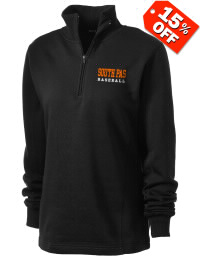