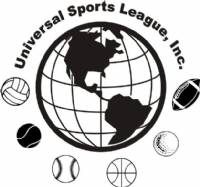 Universal Sports League reserves the right to alter the age divisions as deemed necessary. Players may play up a division but not down.

·         The clock will stop on every whistle in the last minute of the second and fourth quarter.

·         Any player to receive 2 technical fouls will be seated the remainder of the game and not to leave the gym.

·         Full court press is allowed for all divisions (excluding 5-6 year olds) for the entire game unless the team ahead matches and or exceeds the excessive lead rule.

·         The 5-6 division will have no full court pressing/backcourt guarding no matter the score the entire game.

·         Coaches are responsible for monitoring the excessive lead rule, not officials.

·         Coaches should "cordially" communicate with each other on the sidelines when the excessive lead rule had been reached.

·         Coaches must verbally tell their players when the excessive lead rule has been reached and to back off.

·         If the team ahead reaches the excessive lead rule and violates the press restriction rule they will be penalized.

·         The 1st violation is a warning and if the ball is stolen it will be given back to the team behind for a throw in.

·         Subsequent violations are a Team Technical charged to the player.

·         Second offense is a technical foul which will result in one free throw shot and take the ball out at the division line opposite the score table.

·         Each team shall have one head coach and no more than two assistant coaches. All coaches must submit an application.

·         A coach cannot coach or assist on more than one team in the same division.

·         Coaches will remain in a designated coach’s box. The coach’s box will not exceed the length of their bench

·         A coach who is ejected for unsportsmanlike conduct will at that time be asked to leave the school property and shall be suspended from all league functions until they attend a hearing before the board of directors. After such hearing a decision will be made to reinstate the coach.

·         Coaches are responsible for damages done to school property due to the actions of anyone affiliated with their team. Violation of this rule may result in loss of practice time for the remaining of the season.

·         There are not tryouts, rather a draft per division where the players run through drills while coaches observe.  The goal is to see how players play as to balance teams and spread out the talent.

·         Each player must check in prior to entering the gym for draft evaluations.

·         No participant will be allowed to participate in draft without proof of age and fulfilling financial responsibility, unless other arrangements have been made.

·         Any player not checked in or in attendance on draft time will be placed on a team by blind draw or hat pick.

·         A waiting list may be established to place a player signing up after draft in order to maintain fair competition, balance rosters and make determination of player on a team.  Any late sign up will be placed on a team in the order of draft.

·         A Returning player in the same division under the same coach may elect to remain on that coaches team and not be in the draft.

·         Only League uniforms can be worn by players in all games.  League uniform is defined as the jersey and shorts provided by league.

·         All t-shirts worn under the  jersey must be of the same color/shade as the dominant color of the uniform unless the decision is made to wear a white t-shirt or color to match jersey ink. T-shirts are NOT required. All players shall wear the same color determined for game day.  NO exceptions! Players with different color will be asked to remove t-shirts.

·         NO PLAYER WILL RECEIVE HIS/HER UNIFORM UNTIL ALL FINANCIAL OBLIGATIONS TO THE LEAGUE ARE MET.

·         Practice times will be pre-assigned at a preseason coaches meeting.

·         Players and coaches must not arrive more than five (5) minutes before their scheduled practice time and must leave immediately after practice is over.  No one should have to ask a team to exit the court.  If early arrival, wait outside not in the gym.

·         Practice may not be conducted on days that school is not in session for holiday or inclement weather.  Rutherford County School calendar will be observed.

Universal Sports League, Inc reserves the right to edit, remove and/or change any of the aforementioned rules at any time.  If a rule is not listed for modification the NFHS rule will apply.