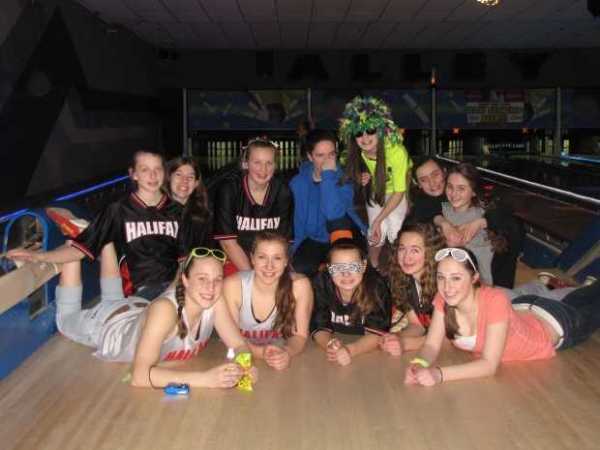 HGBL'S 3rd Annual "Rock & Bowl" Fundraiser was a BIG success again this year. 65 HGBL players, along with friends and family turned out at the Ally-Cat Lanes in Kingston to support our program. Thanks to R&B Coordinator Mary Gravinese and all the other parents who helped out. 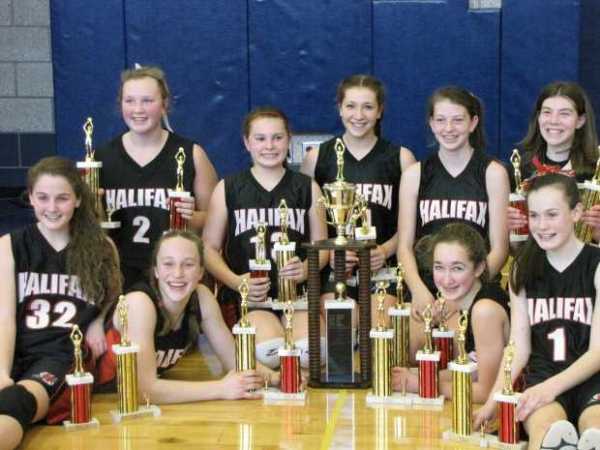 The girls finished the regular season in 1st place and received a bye into the semi-finals, where they faced off against Duxbury. The game was a back and forth battle, with the Halifax defense being led by Amanda Gravinese, Leah Mackiewicz, Maddy Barone and Shannon Grindle. Rebecca Hapgood dished out several assists. Duxbury stormed back to make it close, but Bri Walker was cool as ice as she calmly knocked down 4 free throws to put it way in the last minute for a 35-29 final.

The Championship game pitted the girls against 2nd place Rockland, who had knocked off Pembroke in the Semi-finals. The girls started slowly, quickly falling behind 5-0 and taking most of the 1st half to catch up and then take the lead. Sharp-shooting by Ari Levenson (8 pts) and Walker (game-high 19 pts), along with Barone's (13 pts) driving lay-ups, were too much for Rockland to handle. Madeline Critch, Libby Czarniak & Grindle (10 pts) teamed up to dominate the boards on both ends, denying Rockland any chance of a comback. The score at the final horn was 57-32 Halifax. 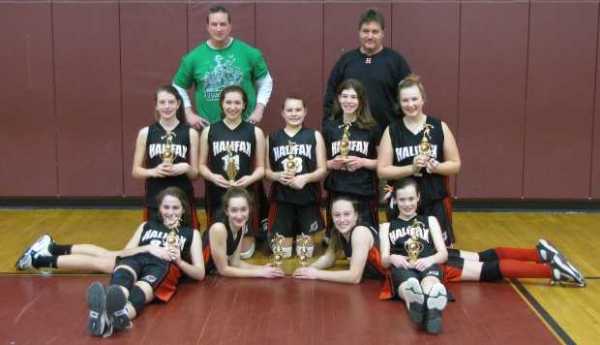 In Game #1 of the preliminary round, the girls defeated Hanson in 19-13, starting slowly as the shots wouldn't fall, but played great defense led by Leah Mackiewicz & Libby Czarniak, along with a dozen blocked shots by center Shannon Grindle..

In game #2 the offense heated up as Grindle, Bri Walker & Maddy Barone combined for 31 points in a 35-12 win over Barnstable.

In the 3rd pre-lim game vs the host Carver team, Madeline Critch & Amanda Gravinese each had 6 points and numerous rebounds. Becca Hapgood dished out several assists and Barone went off for 16 points in the 35-17 win .

In the Tourney Championship Game, hot outside shooting by Ari Levenson and Walker led the offense as they defeated Hanson 36-25 to take the championship.

Congratulations to the girls that made the travel teams, here are the rosters:

Halifax Girls Basketball is proud to announce that 9 of our Girls were selected for this year's Silver Lake Middle School Basketball team! The team consists of 13 girls from Kingston, Plympton & Halifax, and plays games against other area Middle Schools. 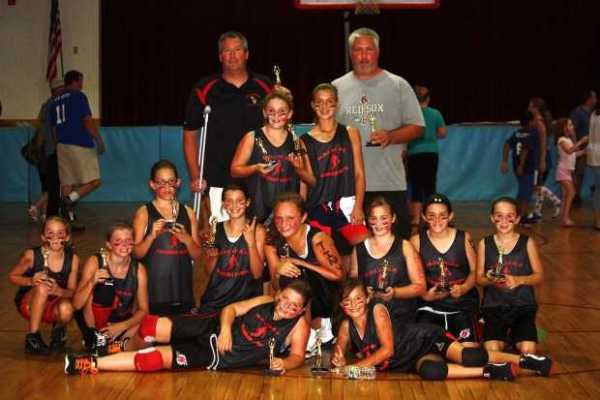 The team went 5-0 during the regular season before beating Hanover in the playoffs and then Rockland in the Championship game to finish an amazing 7-0 summer season.