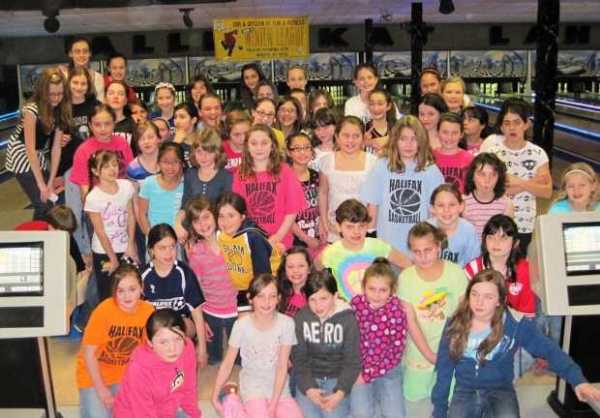 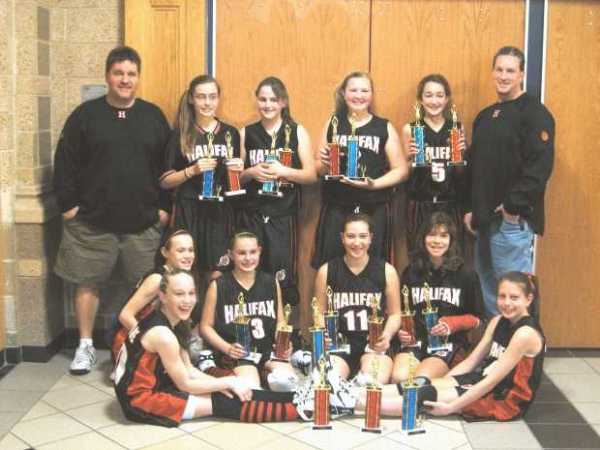 The Halifax 6th Grade Girls Travel Basketball team successfully defended their South Shore Travel League title. The girls finished the season in first place with a 15-1 record and the #1 seed for the playoffs, but learned just before the playoffs began that they would be without twin-towers Libby Czarniak & Rachel Bergeron who both landed on the DL with injuries.

In Saturday's semi-final game at Halifax Elementary School, the team faced a big and talented Rockland team, the #4 seed who had knocked off Hanson in double OT the night before, and found themselves down by 2 pts at halftime. However the girls came out of the locker room flying, going on a quick 12-0 run and opening up a big lead. Ari Levenson & Leah Mackiewicz led a relentless defense that held Rockland to only 3 pts (all free throws) in the 2nd half. Maddy Barone (16pts), Shannon Grindle (9 pts) & Briana Walker (9pts) paced the offense as the girls ran off with a 36-15 victory.

On Sunday the Championship game was played at Whitman-Hanson High School and the girls faced a fired up Duxbury squad who had knocked off Norwell the day before in an OT thriller. After a slow start, the girls began to heat up, led by big plays by Madeline Critch and Amanda Gravinese on the offensive boards. When Duxbury opened up the offense to try to close the gap late in the 2nd half, back-to-back scoring plays by Rebecca Hapgood put it away. Walker & Barone combined for 28 points to lead the offense and the girls pulled out a 36-20 win. 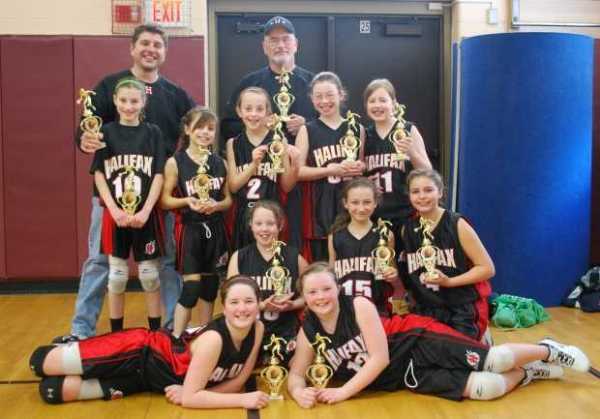