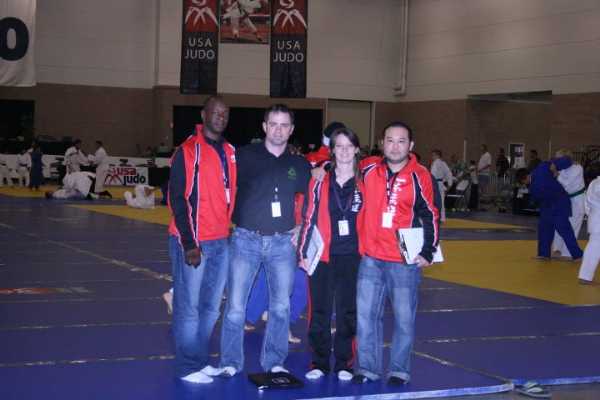 Patrick Mendiola stood out among the gold medalists, winning his first National gold while fighting up in the highest age category, IJF Junior. His outstanding attitude through the difficult climb to gold earned him the Best Sportsmanship Award for Day Two.

Kiaya Van Scoyoc (-70Kg) will represent the United States in the Cadet World Judo Championships on August 11-14, 2011 in Kiev, Ukraine. 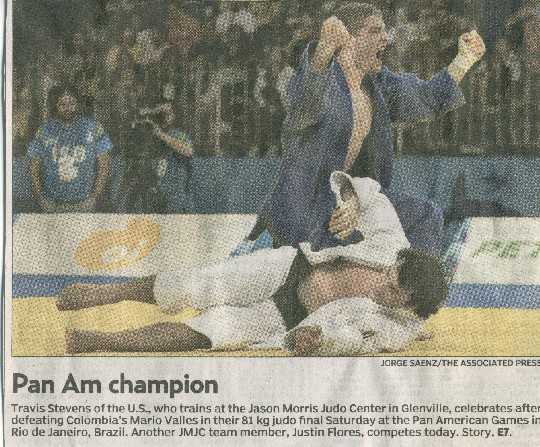 Travis Stevens with a throw @ the Pan Am Games 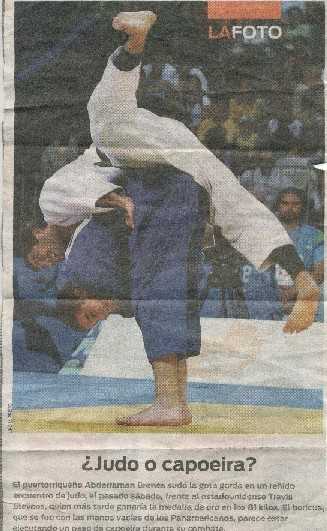 Travis with his Pan Am Games Gold Medal 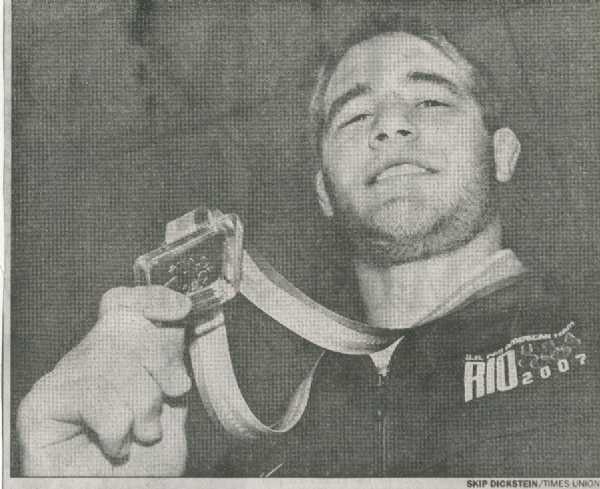 The victory was especially sweet for Davon Johnson, whose previous three attempts at a National title resulted in fourth place finishes.

“He wanted this bad,” says coach Jason Harai. “Davon was hungry for that gold medal. He never stopped working hard all these years, and I could really see that desire and dedication during our Junior Olympic Training Camp and all the extra practices our National Team had. He went all-out, all the time.”

Ippon Judo Dojo offers coed classes for students 6 to adult. We encourage families to join and participate in judo together. All ages are welcome to join judo just for fun or to get in better shape and to learn.

Young judo players from fourteen countries participated in the USA Judo Jr. U.S. Open Judo Championships in Fort Lauderdale, Florida. Among them was Isaac Harai, 7, of Ippon Judo Dojo in Lakewood, WA. Isaac’s last match, against the fighter from Barbados, was his closest, but he managed to protect his lead, winning the gold medal.

Other medalists from the Northwest include Eric Soler (12) of Emerald City Judo in Redmond and Austin Hronek (14) of Obukan Dojo in Portland, who both placed third.

As the 2007 USA Judo National Junior Olympic Championships got underway, the team from Ippon Judo Dojo, of Lakewood Washington, broke into cheers at the announcement that their alumni, Travis Stevens of Tacoma, competing on the same day at the Pan American Games in Rio de Janeiro, Brazil, had just won the gold medal. Inspired by this news, the team of nine from Ippon Judo Dojo, Stevens’s home town dojo, then went on to win an amazing five Junior Olympic gold medals and three silvers.

On day one, fourteen-year-old Joshua Villani, who beat the previous year’s quadruple crown winner and took the gold (Boys Juvenile A, 53 kg), was recognized as that day’s Outstanding Judoka (the equivalent of an MVP) by USA Judo. The highlight of day two was seventeen-year-old Jared Sterling’s win over Aaron Kunihiro, a two-time Senior National Champion, in the Boys IJF Junior 60 kg division. Sterling’s spectacular leg picks earned him the Best Technique award for the day by USA Judo.

Ippon Judo Dojo’s head coach, Jason Harai says, “I expected our team to do well, but this weekend’s performance was like a dream. These kids all worked hard, and it’s nice to see that paying off.”

Jared Sterling, Joshua Villani, Christian Villani, Mychayla Villani, and Isaac Harai aren’t done yet. They will represent the United States in the USA Judo Junior U.S. Open, in Fort Lauderdale, FL this weekend, July 28-29. Coach Harai says, “I look forward to seeing what these kids can do on the international level.”