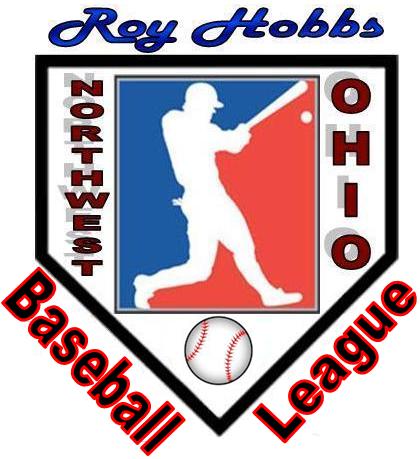 Major League rules will be used with the following exceptions and addendum’s:

I. Rosters and Eligibility

A. Players must turn 18 years old during the calendar year of
the season and MUST be out of high school.

If a team becomes defunct during the first half of a season, those players from the

only covers up to 20 players on the insurance covered by the league fee.

A roster above 20 players will cost that team more for insurance. Rosters can be

cannot be put back on the roster for that calendar year.

D. All players must be registered with Roy Hobbs Diamond Enterprises and have signed a

E
. If a player is determined to be ineligible and continues playing his team will forfeit that

request for eligibility was made.

F. For a player to be eligible to play in the post season playoffs they must play in at least 3

regular season games. This rule will be enforced by team managers consensus upon

request by an opposing manager.

G. Ex-professional baseball players, major or minor league, are eligible only if they have

been out of "Professional" status for at least ONE year.

A. All bats must have barrels made of wood or wood composite. No limit on length or

B. All players must wear baseball uniforms.

C. All batters and runners must wear baseball helmets with at least 1 ear flap towards

D. Suggested that all first base and third base coaches wear a protective type of helmet.

E. All bat boys MUST wear a baseball helmet with two ear flaps on the field and in the dugout at

F. All teams will be required to use the same brand of baseball throughout the season.

The 2017 season all teams must use the DIAMOND D1 PRO NFHS baseball.

A. You may bat as many players as you want in the lineup, but the order must stay the

B. You can add a player not in the lineup to the end of the lineup at any time.

C. A player does not have to be in the batting order to play defensively.

D. Defensive substitutions can be made at any time and with any player except pitchers.

defensively. Relief pitchers cannot re-enter the game as a pitcher.

E. You may insert a courtesy runner for up to 2 players at any time during the game or for

the catcher with 2 outs. The courtesy runner must be the last batted out unless he is one

of the above players in which case you will go to the next or next batted out. Players in

E1. The pitcher may have a courtesy runner at any time during the game.

F. You may create a shared position at any time during the game with 2 or more players.

in another spot in the batting order during that game.

G. If a team starts with 9 players and finishes with 8 players due to injury or other

comes up unless that player was ejected from the game. (If a player is ejected see I)

H.  A team can not start a game with less than 8 players. If a team starts with 8 the 9th

batting spot must be an out when that spot comes around in the batting order UNLESS IT IS THE 3rd OUT.

Players can be added to the bottom after a game starts to the batting line up.

A. Teams must start and finish with at least 8 players to be an official game.

B. Teams will have 30 minutes past scheduled game time to get enough players unless

more time is agreed upon by both managers.

C. Teams forfeiting any game without prior notice to the other team and umpires must pay

umpire for a single 9 inning game. Forfeiting team must notify the league president of

their forfeit ASAP before the game and before the umpires show up to the game to avoid any umpire fees.

A. It will be the umpire’s discretion to determine whether there is malicious intent by a

B. Intentional malicious contact with players must result in player ejection and an out.

C. Intentional malicious beaming or near beaming of a batter must result in pitcher ejection.

D. If unintentional beaming of three batters by the same pitcher occurs in one game, that

pitcher must be removed from the mound for the rest of the game. If incident occurs in

the first game of a double header, then that pitcher will be allowed to pitch in the second

game. The pitcher may be placed in the field the remainder of the game and/or the

second game of a double header.

E. If the umpire decides that a defensive player is blocking home plate or a base without the

ball or if the ball is not in-flight to that defensive player, he must call the runner safe. The

straight line to the base or plate in a normal slide. If the ball is in flight to a defensive

into that base even if a tag is is not made.

F. Base runners are not allowed to slide to the side of the bag, past the bag or pop up slide

in order to try to make contact with the fielder. Base runners are allowed to slide to the

side of the bag or past the bag to avoid contact with the fielder.

G. Fake tags are illegal and must result in all runners moving up 1 base.

H. Fighting must be automatic ejection for the initiating and retaliating players.

I. Players under the influence of alcohol or drugs during the game must be automatic

J. Umpires must report names of ejected players and also provide a written report of why

they were ejected to the league president immediately after the game.

K. NO KIDS BELOW 15 years of age in dugout that does NOT have a  barrier, fence, in

front of dugout. Any child in dugout, fenced or not, MUST WARE A PROTECTIVE

HELMET with both ear flaps. ***UMPIRES WILL STOP THE GAME UNTIL THAT CHILD HAS

ON A HELMET OR IS NO LONGER IN THE DUGOUT.

A. Any player ejected must sit out the following game for his first offense.

B. Any player ejected for a second time during the season must sit out the next three

games in addition to the remainder of the game being played.

C. Any player ejected for a third time during the season must sit out the remainder of the

D. Any player who is arrested for intentional malicious contact, fighting, alcohol, drugs or

other illegal activities that occurred at or adjacent to the ballpark must sit out the
remainder of the season regardless of whether it is 1st, 2nd or 3rd ejection and will only

be allowed back into the league at the discretion of a team managers vote.

ALL REGULAR SEASON GAMES ARE TO BE DOUBLE HEADERS WHEN SCHEDULED TO BE A DOUBLE HEADER UNLESS FOR SOME UNFORSEEN CIRCUMSTANCES ARISE. AT NO TIME CAN ANY TEAM OR TEAMS DECIDE TO CHANGE THIS RULE JUST BECAUSE THEY DO NOT FEEL LIKE PLAYING A DOUBLE HEADER. Cross division games will be scheduled as a double header and same division will be a 9 inning game. All teams will play two games with two separate scores against one another. If you are scheduled to play a team twice within

header and play both games on the same day ONLY IF BOTH MANAGERS AGREE. The later

scheduled game will NOT be played then. ALL TEAMS WILL BE SCHEDULED FOR THE SAME NUMBER OF GAMES. Double headers are considered two games.

A. Any 9 inning regular season game can be called after 7 innings if a team is ahead by 10

and umpires are notified prior to the start of the game.

B. Any 7 inning regular season game can be called after 5 innings if a team is ahead by 10

both managers and umpires are notified prior to the start of the game.

The run rule WILL BE IN EFFECT for the FIRST GAME of a double header.

C. Any regular season double header game will be considered a complete game after 4

inclement weather or umpires refusal to finish the game. Any regular season 9 inning

D. Any regular season game that ends before becoming an official game must be restarted

as a completely new game if it is to be made up. It may not be counted as a tie, win or

E. Any regular season game that goes 5 innings or more and is called off with the score tied

will go down as a tie in the standings.

F. All post season games must be played in their entirety. If the game is called because of

inclement weather or umpires refusal to finish the game, the game will resume exactly

where it left off on another date.

left off regardless of what inning it is.

These rules have been excepted and adopted by all team managers and approved by The Roy Hobbs Northwest Ohio Baseball League President Troy A. McDaniel