Ray Negron is a sport’s executive with over thirty years experience in baseball who has influenced three generations of baseball players. His first job came from a chance encounter with George Steinbrenner as a youth. Ray was caught by Steinbrenner scrawling a Yankee logo on a Yankee Stadium wall and instead of punishing the erstwhile graffiti artist, Steinbrenner hired him as the Yankee bat boy and propelled him into a “dream job”; sharing the dugout with the “Bronx Zoo Yankees” of the Seventies. Despite his young age, Ray was a positive influence in the fiery clubhouse that included manager Billy Martin, superstar Reggie Jackson, the legendary Thurman Munson, and more.

A standout shortstop in Springfield Gardens High School, Ray was a second round draft pick for the Pittsburg Pirates in 1975.

A member of The Screen Actors Guild for over twenty five years, Ray has appeared in numerous television commercials and motion pictures including The Cotton Club, directed by Academy Award winner Francis Ford Coppola.

Ray worked with the Cleveland Indians and the Texas Rangers as a team counselor, working behind the scenes to help players handle any off-field challenges before they escalated into insurmountable problems.

Ray currently works with the New York Yankees as a personal consultant to George Steinbrenner. In addition, he is also Director of Community Relations for Spalding, America’s oldest baseball company, where he has been instrumental in supporting baseball in underprivileged areas with equipment donations and volunteer efforts from some of baseball’s biggest stars.

An avid writer with a love of children, Ray has written and published three children’s books. Ray’s first book, The Boy of Steel, was #2 on the NY Times Bestseller List and is currently on display at the National Baseball Hall of Fame in Cooperstown, NY. The Boy of Steel was awarded Best Children’s Picture Book at the International Latino Book Awards for 2007. The Boy of Steel was instrumental in helping numerous charities, little leagues and the Boys & Girls Club to raise funds for their programs. The proceeds from the book were distributed through the NY Yankees Foundation for cancer research and education. Ray’s second book, The Greatest Story Never Told: The Babe and Jackie has helped juvenile diabetes and the Dewayne Murcer Foundation for cancer research and education.

Ray’s third and latest children’s book entitled One Last Time: Goodbye to Yankee Stadium was released by HarperCollins Publishers on March 17, 2009. The foreword was written by Reggie Jackson and the book is a beautiful tribute to George Steinbrenner and the New York Yankees. A portion of the proceeds will be used to help the Boys and Girls Clubs, the DeWayne Murcer Foundation for cancer research and to charities to help the homeless. One Last Time has already reached # 1 on Amazon’s Best Seller List.

Ray has received numerous Humanitarian awards including one from the Bronx Chamber of Commerce and the National Conference of Puerto Rican Women. Ray has also been recognized for his work in the community by many organizations including Promesa and the North Shore Family & Child Guidance Center. Ray was inducted into the Ted Williams Hall of Fame Museum and the International Latino Sports Hall of Fame. Ray has received an award from the Department of Homeland Security for his achievements and accomplishments as an author and for being a positive role model in the community.

An All-Star cast of entertainers and Baseball Hall of Famers are providing the voices of characters for a long awaited animated film based on Negron's latest best-selling children's book, One Last Time: Good-Bye to Yankee Stadium.

The animated film called "Henry & Me" features the voices of Richard Gere as Lou Gehrig, Reggie Jackson as himself, actor Chazz Palminteri, Lucie Arnez, Luis Guzman, Jose Feliciano, and Paul Simon. Many former and current Yankee players have also lent their voices to the animation. "Henry & Me" is an imaginative tale of an ordinary boy who goes on an extraordinary journey. It is currently in production and is scheduled for release December 2012. 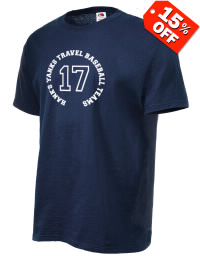 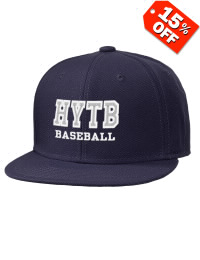 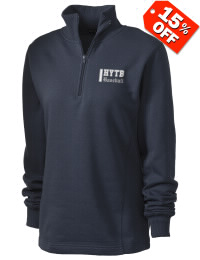