Welcome to Auburn Elite Track Club!  We have completed our seventh year of training athletes from all communities in the area to participate in various local, state, and national U.S.A. Track and Field (USATF) Junior Olympic competitions!  We welcome first-time athletes to seasoned track and field youth competitors from ages 6 to 18.  We specialize in coaching athletes who are interested in sprinting and mid-distance running.

All athletes are trained under Head Coach Kevin Jackson, a Level II certified USATF coach, who has over 20 years of experience coaching youth athletes in Honolulu, Kent, Tukwila, and Seattle. In 2017, Coach Jackson was named the Head Track and Field Coach for the 4A division Kennedy Catholic High School in Burien, WA.  Coach Jackson has also previously served as Head Coach for the Northwest School High School track and field program, the Zion Preparatory AcademyTrack and Field elementary and middle school programs, and has coached athletes in both the CYO League and the USATF Junior Olympic circuits.  Coach Jackson also Chairs the Pacific Northwest Track & Field (PNTF) Coaches Committee for Region 13.

Through all of his coaching experiences, Coach Jackson saw a need in the community for coaching to develop the complete athlete.  He wanted provide athletes with an elite athletic coaching experience, but  personalize the coaching, tailored to each athlete's strengths and interests.  In order to fulfill that need, Coach Jackson started the Auburn Elite Track Club in 2013. Auburn Elite Track Club provides positive, supportive coaching to athletes who want to participate for fun, as well as intense, goal-focused coaching for elite athletes.  Each and every athlete will gain the skills needed to improve their performance, and focus on reaching the maximum of each athlete's potential.

The coaching and time that Coach Jackson and his staff give are provided on a 100% volunteer basis.  Coach Jackson believes that participating in track and field, or in any sport, is about more than just winning.  Athletes of all levels, through guidance and mentoring, learn life-long lessons about themselves, people, and health and nutrition.  We truly believe that we can make a positive impact on the community through the young athletes who are in the Auburn Elite Track Club.

We started s a small team and will continue to remain a select size in order to provide a positive and smooth experience as possible for our athletes.  Participation on the team requires fees from athletes, and we will provide athletes with an estimate of costs for the upcoming seasons.

More information will be posted as we get nearer to the season which will officially kick-off in April 2018.  If you have any questions, please contact us at auburnelitetc@gmail.com.  We will respond as soon as possible to all inquiries.

Thank you for your interest and support in the Auburn Elite Track Club (AETC)! 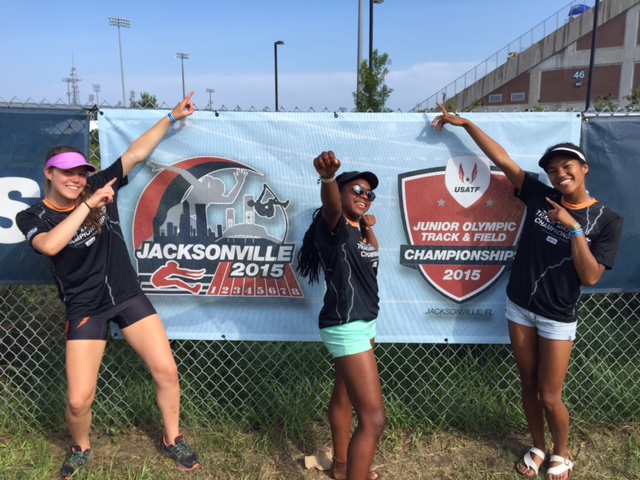 Our Mission is to assist and guide youth athletes, ages 6 to 18, in their efforts to sharpen and grow their  talents in the sport of track and field. Through our guidance and mentoring, youth athletes will learn life long lessons about an individual sport with a team concept. Athletes will learn good sportsmanship, team building, goal setting, accountibility, patience, confidence and self discipline.

We accept athletes from beginners to seasoned veterans who are interested in improving  their abilities on the track or in the field through our competitive track club. We aim to make a positive impact on the community through track and field.

Elite athletes approach training with the purpose of getting prepared and have patience to not let setbacks stop them from striding to their goal. They overcome all oppositions and reign Elite.