Stallions finally break through and win the YPMA Cup by defeating the Ironheads 10-7. 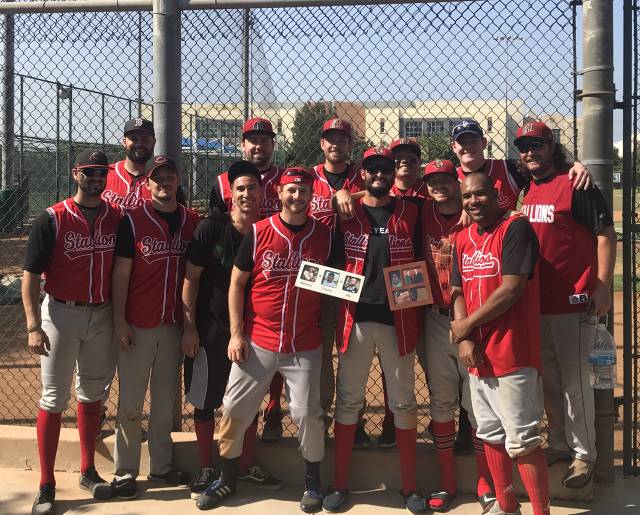 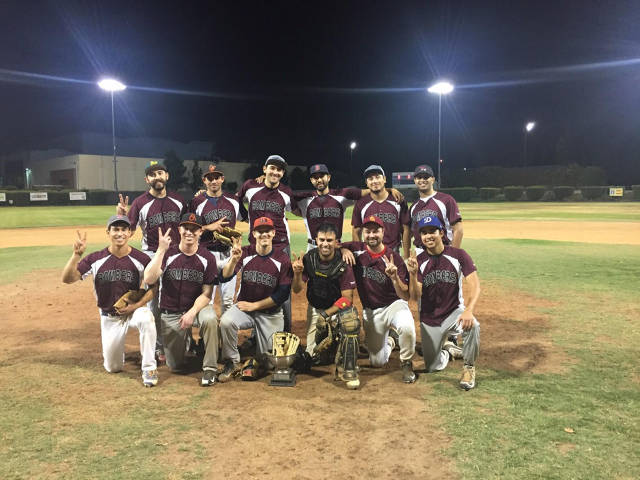 Will the Bombers be able to repeat and win their 3rd Cup in the past 4 years?

Will the Bears return to dominance under new leadership and a new roster?

Can the Barracudas and Breakers add their 2nd Ypma Cup?

Is it time the latest expansion teams, Stallions and Ironheads, break through and win their 1st Ypma Cup?

Teams have been selected and schedules are being finalized for 2017 BCBL season.

Congratulations to the Bombers, winners of the Ypma Cup for 2016 by beating the Bears.  The Bombers scored almost 50 runs in the playoffs while holding opposing teams to less than 13 runs total. 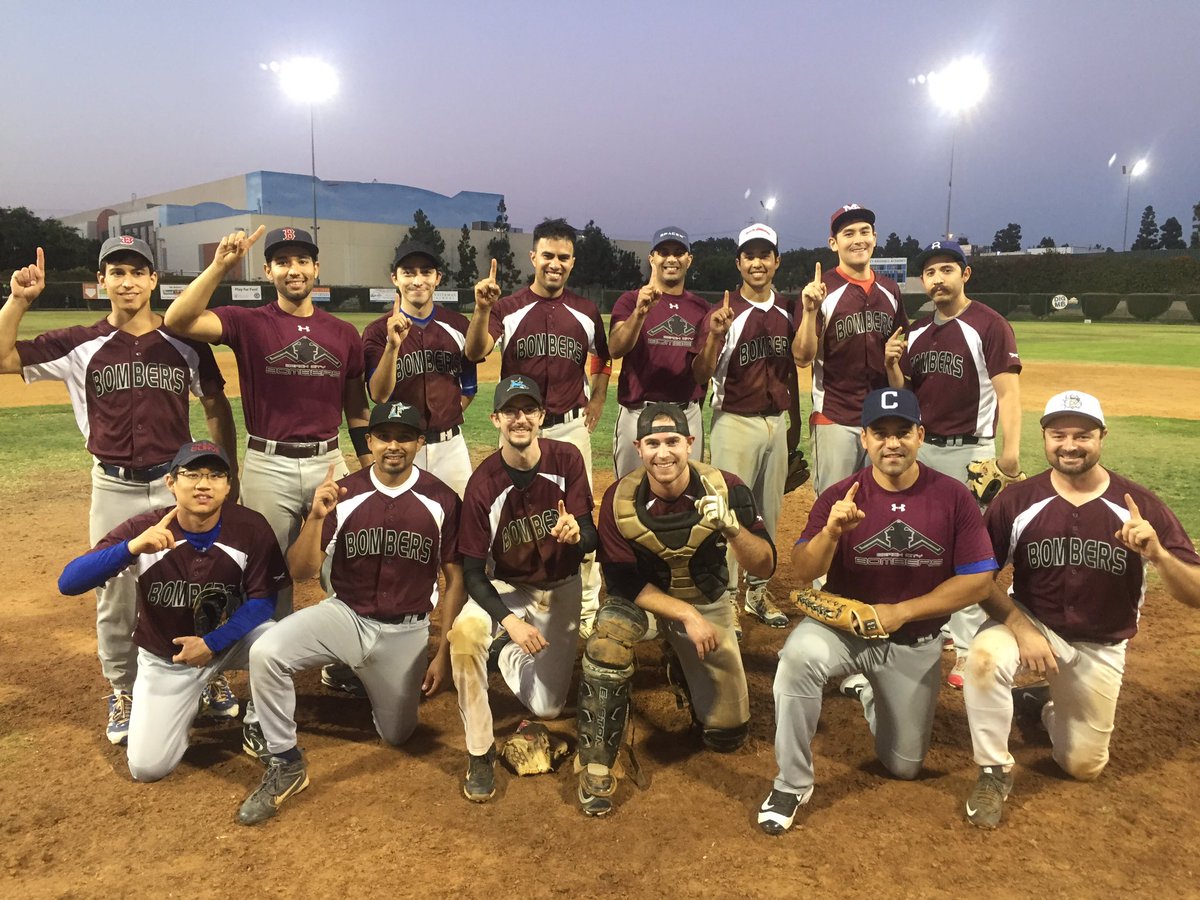 Congratulations to the Breakers, winners of the Ypma Cup for 2015 by beating the Barracudas 13-9. 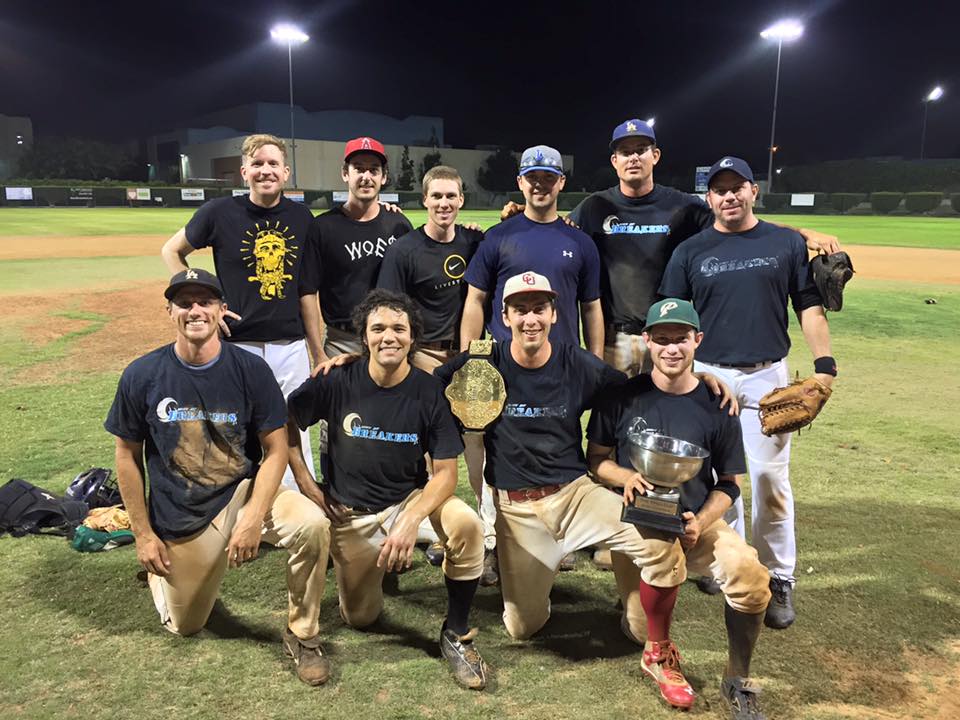 Saturday brought another glorious season of BCBL baseball to a close, with the Bears winning their fourth straight championship.

Game 1
The day started early, as the Bears and Barracudas squared off in the semi-finals.  Josh Izumigawa, fresh off a complete game shutout of the Bombers, was good early for the Barracudas.  Izumigawa and Old Man Speelman were engaged in a pitcher's duel until the middle of the game, when the Bears were finally able to push across a few runs on walks and meager base hits. The Barracudas struck back with 3 consecutive drives to the fence, but were unable to score against Speelman for the rest of the game.  Gray Bush finished the complete game, giving up just two earned runs across 7 innings.

Game 2
In the second game of the day, the #2 seed Ironheads took on the El Segundo Stallions in the battle for best looking jersey. 3-time BCBL Pitcher of the Year, Gary Scott, was solid for the Ironheads, striking out 10 over 7 innings.  Opposite of Scott was Drew Fujii, who turned in a masterful performance, giving up 2 earned runs over the complete 7 innings.  With Fujii shutting down the Ironheads' offense, the heart of the Stallions lineup was able to push across just enough to claim the victory.  Mitch "all time pinch runner" Krug and Ed "The Hamstringed Hammer" Pearson had two hits each for the Stallions, including a single, two doubles, and a triple.
Awards
Regular season awards were handed out prior to the championship game:
Most Improved Player - He Who Shall Not Be Named (Bears)
Manager of the Year - Don Sutherland & the Bears (Bears)
Rookie of the Year - Mark Boujikian (Breakers)
Hitter of the Year - Bill Kardine (Bears)
Pitcher of the Year - Gary Great Scott (Ironheads)
MVP - Will Ellis (Ironheads)
Championship Game

After the Stallions and Bears advanced from their respective semi-finals matchups, the table was set for an intriguing Championship game.  The game looked to be tight early, as the Stallions touched up Bill Kardine for an early run in the first inning.  However, the Bears would answer back with 3 runs in the bottom of the first, as Mike Ferguson pulled his hamstring and couldn't pitch at 100%.  Jimmy Batton from Midland, Texas took to the mound in the second inning for the Stallions, and kept the game close until Ed Pearson relieved him in the fourth.  Pearson was good from there, although the Bears were able to push across a few more runs to win the game 8-1.  Bill Kardine turned in the second complete game of the day for the Bears, who were missing star pitcher Jason "it's a non-refundable ticket" Badgley.
The win gave the Bears their fourth straight championship - a feat that many said would prove impossible without El Gallo Negro (Rick Valencia) on the team.  However, the Bears persevered against the adversity and pulled off the Quest for Quatro.  Asked about how it felt to win the championship afterwards, Jason Badgley said..... nothing because he was in Costa Rica missing championship weekend for the second straight year.
The day ended as all championship days end, with the Bears drinking excessively from the Ypma Cup.  The trophy will be cleaned, engraved, and then left on someone's shelf to collect dust and admiration until August 2014.

And in Joe Ypma's likeness, the BCBL Board created the Ypma Cup; to be awarded to the BCBL champion at the conclusion of each summer season, and to hold 7 beers while the champions sip upon its sweet nectar.

And in the end, Joe Ypma left the BCBL in order to obtain an MBA from the University of Wisconsin and became a product manager for Boston Scientific.  It was also around that time that Joe Ypma started crushing out children.  He is now father to two daughters, as well as the BCBL.