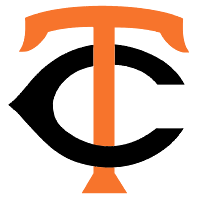 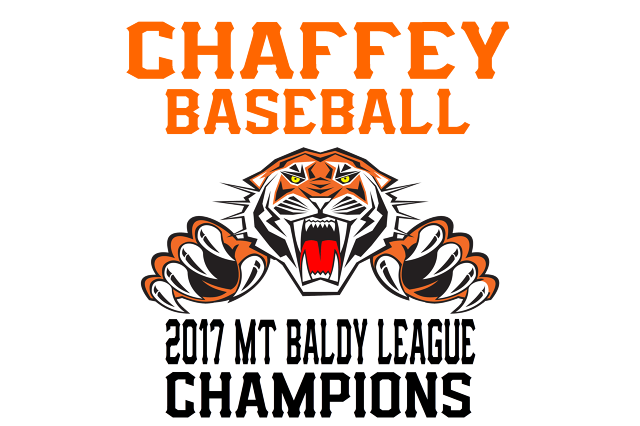 It will be Max Pinedo's 5th season as Head Coach.
He has compiled a win/loss record of 48-49-2 in his first four seasons.

The Tigers suffered a defeat to Linfield Christian in the Wild Card Round
of the
C.I.F. Division 3 playoffs.

Inland Valley Daily Bulletin Game of the Year: June 3rd, 2017 Chaffey vs. Katella CIF-SS D5 Final. The Tigers were making their first CIF title game appearance since 1971 and had not won a title since 1958. They hadn’t even won a league title since 1995. But they provided quite the thrill this year and it all came down to a marathon title game. The teams were scoreless through 10 innings while exchanging great defensive plays all worthy of a highlight reel. Third baseman Sergio Garcia was the standout for Chaffey. It was Katella taking the goose eggs off the scoreboard in the 11th and eventually ending the three-hour contest. Lawrence Castenada pitched seven scoreless innings before exhausting his pitch limit. Chaffey had five hits, Zach Ehrhardt with three and Rhese Gomez with three.

All-Inland Valley: Lawrence Castaneda, Sr., Chaffey, Named Co-MVP in the Mt. Baldy League and landed first-team All-CIF honors after helping the Tigers to the Division 5 championship game. Pitched seven scoreless innings in that contest, then moved to shortstop. Also had two hits in that game. Went 8-1 with 0.88 ERA and seven complete games and five shutouts in 14 appearances. Also hit .333 with 18 RBIs. Plans to play at Riverside City College next season. According to MaxPreps 101-H's in 277 AB's (.365) over 4 years.

Ernest “Ernie” Payne was a true educator. Having received a BA in biology from USC in 1931 and his MA from USC in school administration in 1946, Ernie taught at Chaffey High School in Ontario, CA, where he became principal in 1951. While I was a senior at Chaffey in 1957, he recommended I apply for a regional USC Alumni Scholarship. It was because of this recommendation and my good fortune in winning the scholarship that I became a Trojan. I went on to graduate USC in 1961, having met my husband along the way. In his student years at USC, Ernie was captain of the USC Track Team that won the national title in 1931. That same year, Ernie set the national record in the 220 low hurdles at a track meet in Philadelphia. He and Jess Hill were roommates. Unfortunately, he was disqualified from participating in the 1932 Olympics because he had graduated the year before. Today, he would have been allowed to participate in the Olympics. It is an honor to dedicate Tunnel 22 in his memory.

Born in 1924, Ken Proctor grew up in the glory days of the classic heroes of baseball. He excelled as a multi-sport athlete in both high school and at UCLA where his baseball prowess led him to induction into the UCLA Baseball Hall of Fame. In the 1950s he coached baseball at Chaffey High School in Ontario, California, winning three consecutive state championships and establishing one of the most dominating high school baseball programs in history, amassing an amazing 196-33 win-loss record in the highest school classification in the state. Proctor's list of experiences reads like the history of a classic high achiever from America's greatest generation. He was a Pacific Fleet Naval Officer on the LST 839 surviving attacks by Kamikaze pilots; played basketball in the UCLA program under the great John Wooden; has logged over 3,000 miles bicycling with wife Marilyn; and served as a forest ranger in the National Park Service. He climbed many mountains including The Grand Teton (his last being Mt. St. Helens at age 70). He has been a teacher, coach, author, avid hiker, world traveler and explorer, inspirational speaker, philanthropist, community leader, church elder, and at age 81 can still make 8 of 10 free throws! Ken, with Marilyn, makes his home in Seattle, Washington where he continues writing books about baseball. 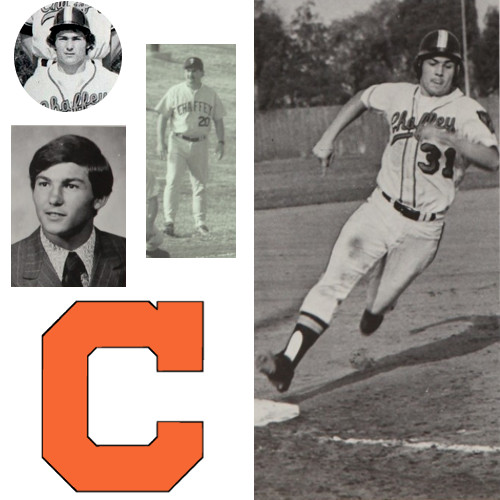