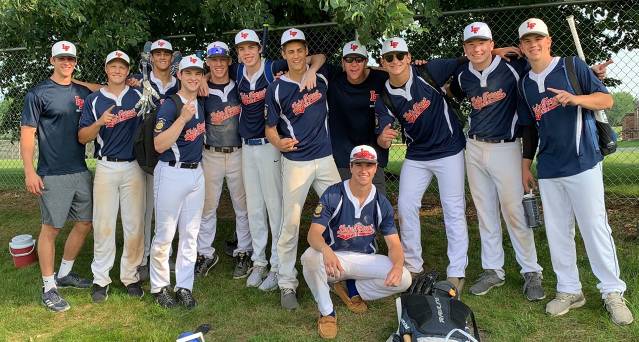 That leaves Barrington, Grayslake, Lake Villa, and Waukegan to play it out in a double elimination format for the second bid into the 2nd Division Tournament.

The 2nd Division Tournament is being held at Lee Pfund Stadium on the grounds of Wheaton Legion Post 76 in Carol Stream, IL.  The 10th District has three representatives in the double elimination tournament.  Follow along with the action here!

Elgin wins the 2nd Division Tournament and advances to the Legion State Tournament in Alton, IL.

The 3rd Annual 10th District All-Star Baseball Game will be held on Thursday, July 25th, at Barrington HS at 6:00 pm.  Representatives from around Lake County will be participating in this year's All-Star event.

That leaves Antioch, Deerfield, Fox Lake, and Lake Forest to play it out in a double elimination format for the third bid into the 2nd Division Tournament.

The 2017 Illinois American Legion State Tournament will be hosted by Rantoul during the week of July 26-29.  Stay tuned for updates here as we follow 10th District and 2nd Division champion Barrington.  All games will be played at Wabash Park in Rantoul, IL.
Follow along on Gamechanger by clicking here!

On July 17th, Barrington hosted the 2nd Annual 10th District All-Star Game.  Representatives from 10 of the 11 district teams took the field for a fun game that showcased the talent in Lake County Legion baseball.  The East Team, comprised of players from Deerfield, Fox Lake, Gurnee, Lake Forest, and Round Lake, competed against the West Team, made up of players from Barrington, Lake Villa, Lake Zurich, Mundelein, and Wauconda.

In the end, the East Team was victorious by a score of 7-6.  Chris Nesterowicz (Fox Lake) pitched three strong innings in relief to secure the victory, while Henry Kusiak (Fox Lake) nailed down the 2 inning save.  The East team piled up 12 hits, with big blasts coming off the bat of Peter Turelli (Lake Forest) for a home run and Jimmy Friel (Fox Lake) for a 2 run double.

The West Team was led by Brock Glavey (Wauconda), who started the game on the mound and went 2-2 with a double and triple in the ball game.  Also securing big knocks were Simon Varitek (Lake Villa) going 2-2 with 2 RBI and a double and Sean Davis (Barrington) with a 2 RBI triple.

A great time was had by all.  Thank you to all participants and fans who made it out for the game.  Special thanks go out to our 10th District Commissioner, Jim Huisel of Gurnee, and Nate Gray, coach of Barrington, for putting this event on. 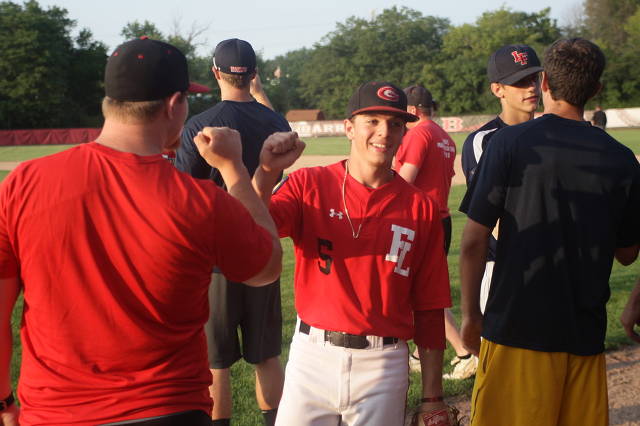 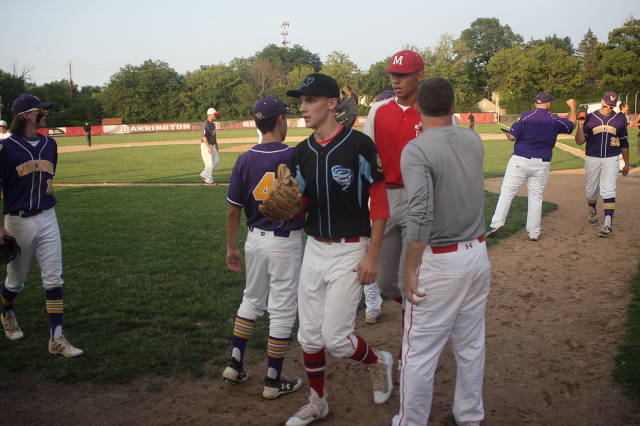 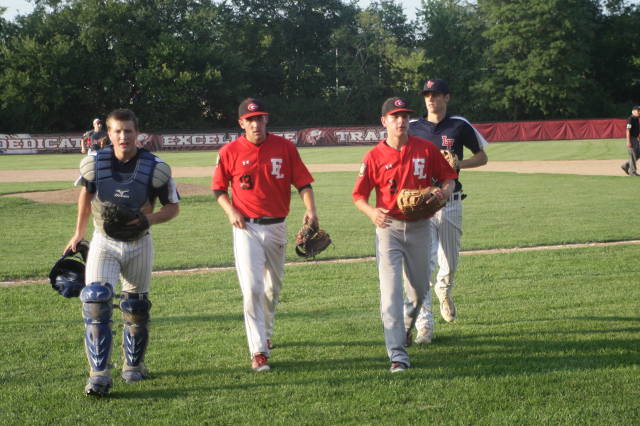 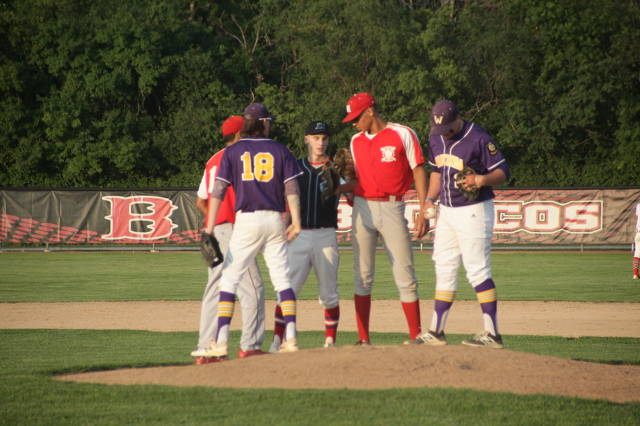 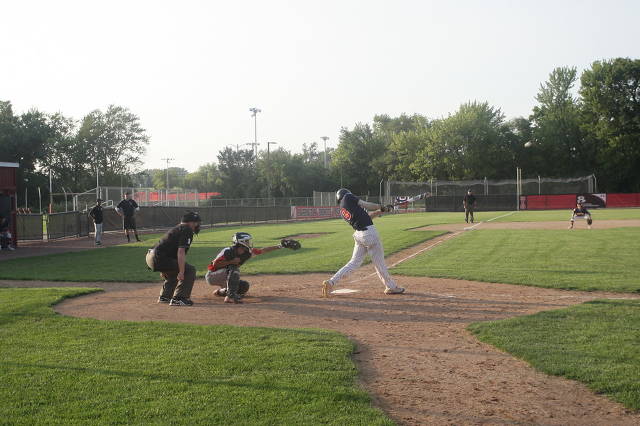