THIS TEAM IS NO LONGER PLAYING TOGETHER. 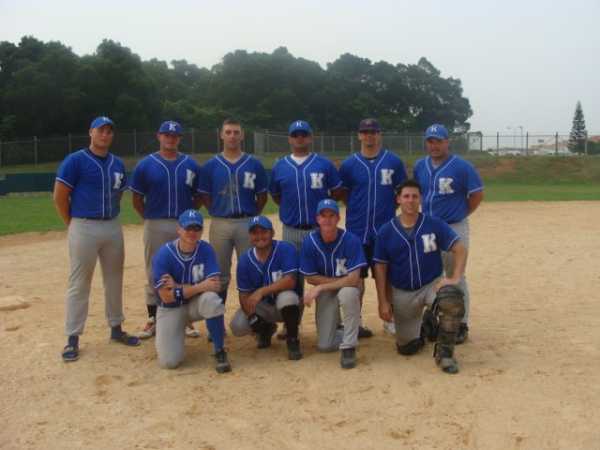 The Kadena Air Base (AB) varsity baseball team is an amateur, men’s baseball team comprised of an all services military team. Currently we are a joint team comprised of Air Force, Navy, Army, and Marine Corps military members. We are a diverse group of 16-20 individuals stationed at Okinawa Japan. Individual players range in rank from enlisted to officers and encompass several different military career fields. We have a variety of experienced players who have played at all levels of baseball from high school to college baseball.

Morale can be bolstered by offering natural competitors the opportunity to compete in the sport they love. The team will represent Kadena AB throughout Japan. The team will act as ambassadors and give not only a professional view of the United States Military, but also portray the commitment to excellence on the field.

The Kadena Air Base Varsity baseball team is designed to further the image of our service through its play and conduct throughout the Japan. By participating in the highest levels of competition, we will demonstrate the commitment to excellence and further the illustration through a professional attitude while producing a high caliber of ball player second to none.

Founded in 2007 by Brandon Dong. Coach Dong led with a win lose record of 54-25-1 record. On 4 July 2010 Coach Jesse Stubbs took over as manager for the team. The Kadena Air Base Baseball team plays year around expect for a few month break in the winter.
In Summary:

I certainly hope that I have covered all of the pertinent information that you need and hope that you are as excited about the opportunity as we are and feel as optimistic about the upcoming season. Support for our team is growing and will continue to grow. We love the game of baseball just as the Japanese do. We look forward to playing baseball in Japan!


If you would like to sponsor us please contact us. The team participates while off-duty and cover their own expenses. We do not receive any government funding. In the future we hope to have enough sponsorship to cover tournament fees.

I sincerely thank you for your time and interest in the Kadnea baseball. Should you have any questions, or better yet, suggestions, I would like to hear from you.

American Baseball vs. Japanese Baseball
The rules are basically the same. The infield does not have any grass. It is much like a softball field in the U.S. but with baseball dimensions. The biggest difference to us foreigners is the ball. The rubber ball has dimples and it resembles a large golf ball with the traditional raised seams of a baseball. The ball is a little harder to catch (because it is so light, it has a tendency to pop out of the glove). It is very popular with town and city leagues as well as with many youth and company leagues. I have been told the reason is for safety. This ball makes a huge bounce in the out field if not caught and if the ball is hit just right it goes into a short fly ball and looks like an egg in the air. 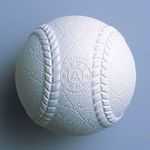 Schedule for 2010
In 2010 we will play in numerous tournaments. All tournaments are single elimination.

Want to play us?
If you would like to play us in an exhibition game please feel free to contact us.