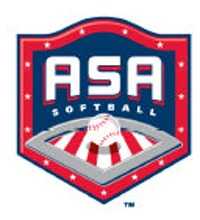 Jim Dietrich field 2 new rule. Gulley from left field line to left center near drain is ground rule double.anything over gulley is a HR. Fielder can't catch ball down or up hill near gulley..

4 HOMERUN Rule is only for parks that have fences..

for the following: Checking the field

more than an hour before game to see if

Field is playable. Calling other team and

prior to game to cancel game if field not

playable and call HECTOR to notify that

game cancelled due to field being

Due to complaints..THERE IS NO ALCOHOL DRINKING AT ANY FIELD,THIS WAS MENTIONED AT LEAGUE MEETINGS.DO WHAT WAS MENTIONED AT MEETING  LAW ENFORCEMENT WILL BE PATROLLING FIELDS. Please help maintain any field that we use by placing all trash in trash cans.

The 6 foot Pitching Box Does not extend to the High Baseball mounds.

ALL BATS MUST BE TESTED AND HAVE 2020 STICKER TO USE IN LEAGUE GAMES. NO STICKER ON BAT MEANS AN OUT. ANY PLAYER USING BAT W/OUT STICKER/ ILLEGAL BAT AFTER 1ST BATTER WAS CALLED OUT WILL BE CALLED OUT AND EJECTED....IF YOU STEP IN BATTERS BOX IT'S AN OFFICIAL AT BAT!!!!!

*﻿(﻿HOME TEAM)The team on the right is responsible for the following: (1) Calling other team and ASA Assignor in case of rain -1 hour prior to game (2)Supplying the bases (3)Home team supplies bases(1st base Double bag) and plate Mat..  *Each HOME TEAM(1) Must Supply 1 new ball and 1 back up ball (2) Responsible for chasing fall balls/Homeruns and supplying additional balls if needed (3) Official scorer for that game *Rosters (1) 25 man roster turned in by April 21st (2) Last date of addition or deletion of players is August 9th (3) If a Player quits and wants to sign with another team has to wait One week or 2 games AFTER THE NOTIFICATION OF ROSTER CHANGE TO LEAGUE ROSTER CHAIRMAN. (4)Manager cuts player and he wants to sign with another team has to wait one week (5) New players can play the following Sunday after notification to the League Roster Chairman *Rules (1)Teams can play with 9 players,no out will be charged If only playing with 9.Team has to tell ump & other team if 10th player is coming late before game starts then 10th player spot will be AN OUT!!! til he arrives.  (2) 12 run rule (3) League follows illegal bat rule listed on USA website (4) Balls are .52 core // Dudley softballs USS/ASA  only (5) Homerun rule at fenced field is each team can have 4 homeruns per game. All others will be outs after.. (6) Umpires for each week $32 per team (Each team pays half fee per game 2 x $16 = $32 each weekend per team for umpires)
..*Field Rules(1) Jim Dietrich  PARk:  Park in the Parking lot for all games. ﻿DO NOT PARK or Drive any Vehichle on the Walkway.. (2) Temple Park: MTAA may have field after 1:00 - If they are at the field, league must defer and game will be added to the rainout schedule. ﻿DO NOT PARK AT HYDRANT NEAR TEMPLE FIELD .COPS WILL BE CALLED 4Teams will need to keep the score book information. Game will resume from the point the game was stopped. (3)Brookline: If Ball rolls into the high grass in left field its a ground rule double - from left field to tree in right center field is open. If Ball goes pass right center or right fielder & between right field trees into the street its a HOMERUN. (﻿Player Safety).
BROOKLINE: If Ball hits Tree and goes into Street or hits tree lands in grass and rolls downhill its a HOMERUN      If Ball hits any part of tree in right field and lands in fair territory & completely stops rolling its a - GROUND RULE DOUBLE
(4) Schlegel Park: If Ball goes up hill from rock in right center field to right field line Groundrule Double. Any ball hit into parking lot is a HOMERUN
5) Pendora Park: If Ball hits outfield wall or lands on hill in Left field Its A Homerun . Everything else in fair territory is live ball. 6)Jim Dietrich Park: Open field
:*Courtesy Runner Rule: One Courtesy Runner per Inning(Any Player). If team uses a player who is in the game to be courtesy runner and his/her turn to hit comes up,his/her At bat is an OUT. New rule:Courtesy Runner for pitcher as soon as he/she gets on base. COURTESY RUNNER  FOR PITCHER. IT has to be done as soon as pitcher reaches base. (1) If teams starts game with 10-12 players and loses a player due to Injury or player has to leave,that players spot in Lineup is an OUT..6 ft Pitching box will be used again this year..(box setup before game) Pitcher must come to a complete stop in box before pitch can be thrown..
Check out the ASA website in the links section on the menu on the left for a list of illegal bats.