Rutherford Junior Football & Cheering will be accepting applications for Cheerleaders & Football Players Kindergarten through 8th grade. There will be a $25 late fee for all registrations after August 30th.

Applications can also be picked up at the Rutherford Recreation Dept. For questions, please contact RJF&C at 201-615-3126.

The MFL has agreed to delay the start of our football & cheering season until Sept 1.

Thanks to Bob Carney for getting helmets upstairs & cleaning them.

Thanks to Tracy Paskas for bringing helmets back down & uniform tubs up.

Thanks to Mike Micek for delaying payments & handling our insurance policies during this.

Pls enjoy the rest of your summers and be cognizant of others during these unprecedented times, more info to follow.

The Meadowlands Football League will meet to vote July 9th to decide on a safe start date for the 2020 season. A strong option available to all is a Sept 1st opening practice date, with a regular season of five divisional games and then regularly scheduled playoffs starting in Nov. We will keep you updated.  RJF&C Board, Coaches & Volunteers will meet July 10th 7:00 pm at clubhouse. 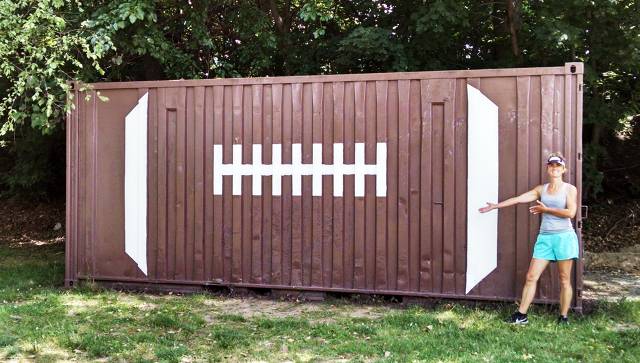 Thanks to American Painting (Bill Heller 201-456-1333) for spraying our pad trailer and President Tracy Paskas for the laces & stripes.

First and foremost, we hope you and your families are safe & healthy. The RJF&C program has a lot of EMS, Police, Fire & Healthcare professionals on the front lines, know you are in our thoughts. I write this in response to the questions we have been receiving concerning the 2020 football & cheering season.

We are obviously in a sit and wait situation and need to see how current events unfold. Other in town sports (Little Lg, Babe Ruth, Lacrosse, Soccer, Camps & High Schools) have taken a large hit with the State, County & Borough fields closed. We can’t be tone deaf and assume that this virus will not affect us nor can we offend other in town youth athletic groups by hindering any opportunity they might have to play a shortened season. At some future point, Rutherford Rec and the heads of all Rutherford youth athletics will need to meet & discuss their roles/play for the balance of 2020.

The Governor and BOE have closed the schools for the year and the State of Emergency has been extended to June 5th.  We need definitive information and path prior to meeting physically to discuss our 2020 season. We are very dependent upon College and High School football action plans and will follow suit. I will recommend a shortened season at our next MFL meeting, starting Sept 1 versus the normal Aug 1 start date.  I will also suggest players, cheerleaders & coaches visibly disinfect with wipes/foams/soaps prior and after each practice/game. Please reply with any other proactive suggestions you might have in combating all fears.

In the meantime, please help Rutherford by filling out your Census 2020 information. Rutherford is currently at a 69% return compared to the overall states 59% return. This information will help in receiving grants and funds for our schools, roads and parks: https://2020census.gov.

Please follow our Mayor and Council with their daily Rutherford updates https://www.rutherfordboronj.com. Hang some Blue Hearts in your windows to thank our locals who are out there fighting the pandemic. Support our restaurants by making take-out purchases and take advantage of your family time.

Stay safe and if you need any help, please feel free to ask. Otherwise, be optimistic and aware of others personal space and hopefully we get thru this working together. Hopefully, we get back to some sort of normalcy very shortly. 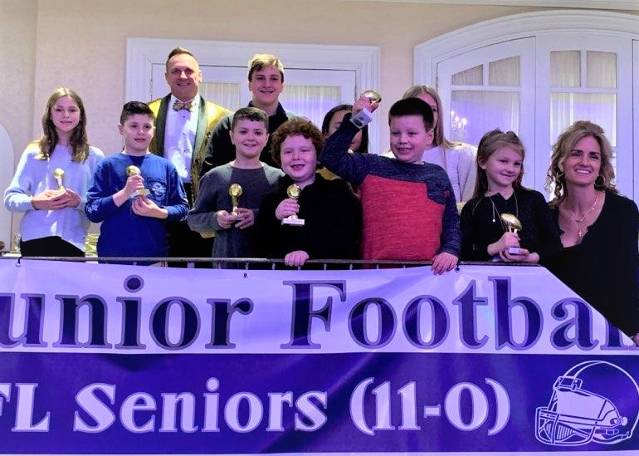 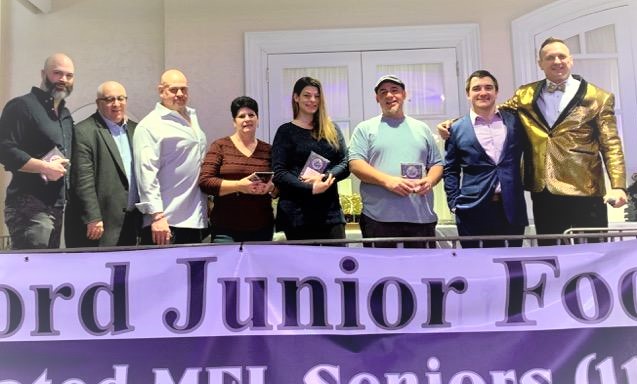 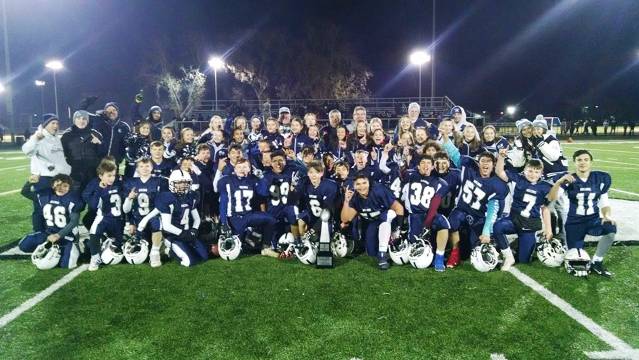 Redemption is what they wanted, and domination is what they delivered.  Wearing white jerseys as the second seed in the Meadowlands’ Football League Super Bowl, the Rutherford Pee Wee Bulldogs (8-9 year olds) shut out a strong New Milford team 19-0 to capture the 2019 Pee Wee championship.  This is the third time in a row this group has finished the season considered the best team in the league since they were mighty mites in 2017, and then back-to-back Pee Wee titles. To start the game, the Bulldogs wanted the ball early and methodically drove down the field, consuming over eight minutes in the process as Will Holman punched the ball into the end zone on the first drive of the game.  The offensive line crushed the spirits of a very good defensive front, who were no match for the collective work of Logan Bohn, Keelan Cannon, Ayden Rivera, Chase Martini, Vinny Urgola, John Gioia, Fynn Byrne, and DJ Gregory.  They executed exactly how Coach Russ Snyder had been preaching to them since August 1st to open holes for a gifted backfield of Quinn Weber, JoJo Marullo, Zach Snyder, and Holman.  Snyder caught a nice ball from Weber in the flat and raced all the way down to the one yard line, to set up the first Holman touchdown.  The offensive play of the day came late in the first half, as Weber evaded New Milfords best player to sail a tight spiral down the right sideline and over the back shoulder of Holman, who squeezed it in as he raced past the goal line for the second time in the half.  For a season filled with highlight reel plays, that was one of the coach’s favorite. The whole defense, which was acknowledged at the start of the game as the honorary game captain during the coin toss, lived up to its billing.  Adjustments were made by the Bulldogs since the last time these two powerhouses meet, and they paid off.  New Milford, who was successful all season against their opponents by running outside and passing to their two playmakers, was unable to find anything against the Bulldogs. Bulldog corner Marullo then came up with an interception and took it to the house for a touchdown, sealing New Milford’s fate. The hard work and conditioning all season long proved to be the recipe for success for these young Bulldogs.  They look forward to continuing their success as the majority of the team moves onto the Junior level next year, where they have every intention of continuing their streak of success as the most dominant team in the League. The RJF&C Junior squad (10-11 year olds) played their final game of the season with a disappointing loss to the New Milford Knights. The Rutherford Bulldog Juniors accomplished their pre-season goal of getting to the Meadpwlands Football League Super Bowl but could not bring home the trophy against a stout New Milford team. The Junior squad fought hard all season long and proved their scrappiness by winning the Southern Division and advancing to the Super Bowl as Conference Champions. The offensive backfield and mostly dual role of defensive backs saw Myles Balchan, George Brewton, Dmitri Paskas, Emmett Carney, Matthew Bonagura, Russ Snyder and Christopher Kasperan notch numerous touchdowns throughout the season and fought hard when on the defensive side of the football. Protecting them and opening lanes for them was the offensive line of Angelo Pizza, Evan Diaz, Kellen Caughey, Andrew Ochojski, Troy Waddell, Nicholas Ford, and Vincent DeNunzio. Throughout the season additional players contributed and helped the team advance this deep were Nicholas Gremanis, Rudy Garofalo, Leo Forte, Aidan Sarnowski, Avian Raspaldo, Xander Rodriguez, Jaycub DeCarlo, Jayden Arlauskas, Brandon Mercado, and Nicholas Rodriguez. The Bulldogs Junior squad is proud of what they accomplished by having the opportunity to play in the Super Bowl. The Rutherford Senior Bulldogs (12-13 year olds) capped off their fantastic 11-0 undefeated season with a Super Bowl championship this past Saturday; as the squad defeating the Hasbrouck Heights Aviators 26-0. Cole Goumas started Rutherford off on the perfect note. His two scores were the first points on the board in the game. Goumas' early scoring plays consisted of runs from 15 and then 20 yards out. Matt Schiebe ran in on an extra point after the very first touchdown, and Drew Carney's PAT split the uprights after the second. Drew Carney was also able to make another PAT (2/2) following Jack Daly's 20-yard Touchdown pass to Ryan Ward. Although Devin Burgos and Matt Scheibe did not score touchdowns this weekend, they were by no means absent from the game. The pair was a considerable part of Rutherford's ruthless rushing attack. Louis Morella entered in the third quarter and was a part of the Bulldog's backfield and performed so well this week. Arthur Costan, Owen Fernandez, Dave Rojas and Nick Lora deserve mounds of credit for executing the most critical responsibility on the field to a tee. This offensive-line opened holes all day long for their running backs while giving their quarterback Jack Daily plenty of time and protection on passing plays. Antonio Decarlo entered the game after the first half. He, too, proved himself to be a great blocker from the fullback position. Chris Lora, Diego Gonzales, and Matt Scheibe led the game in tackles, many of which were vital stops. Heights being a passing team, posed a severe threat in the air. With the work of Matteo Correa and Chris Goia along the rest of Rutherford's secondary, the crew shut down Height's passing game for four full quarters. Being a 26-0 victory, it seemed like nothing less than another day at the office for the Bulldogs. The team stuck together and played their game all year long, as a family. The boys cashed in this week with a Super Bowl trophy in their hands. For up to date info, please go to www.leaguelineup.com/rjfbulldogs. 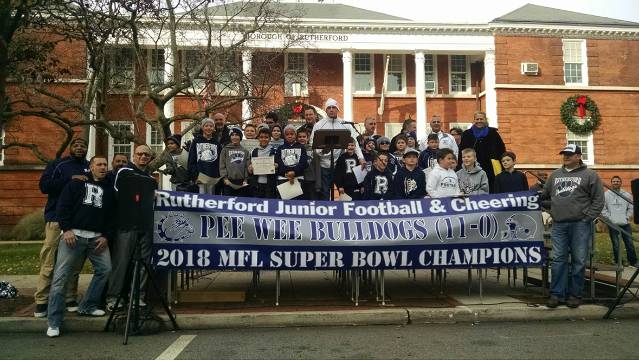 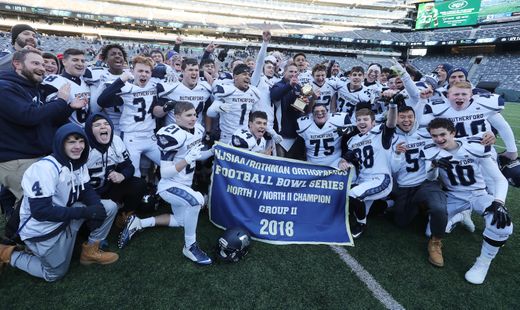 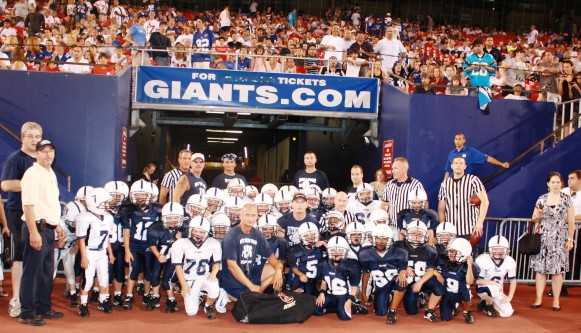 finished as NJSIAA State Champions in MetLife in 2017!!! 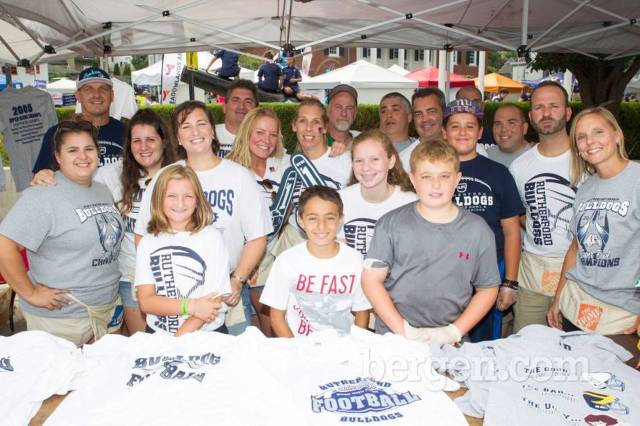 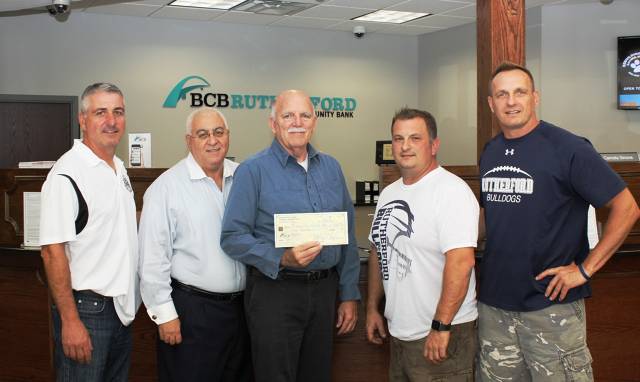 Thank You to the Rutherford PBA for their donation !!!! 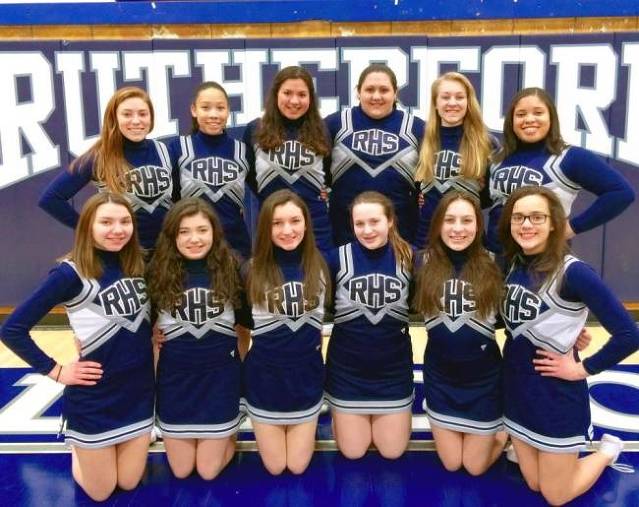 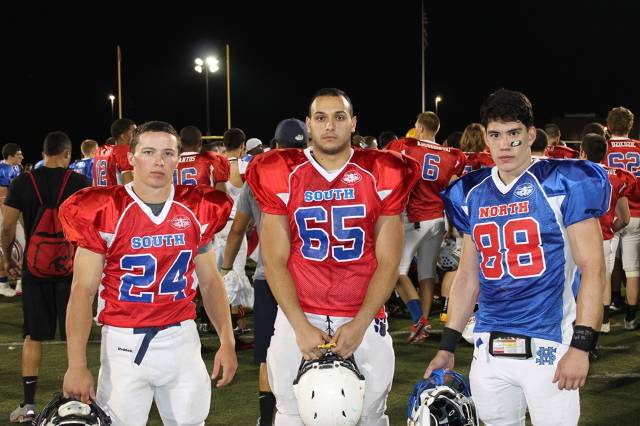 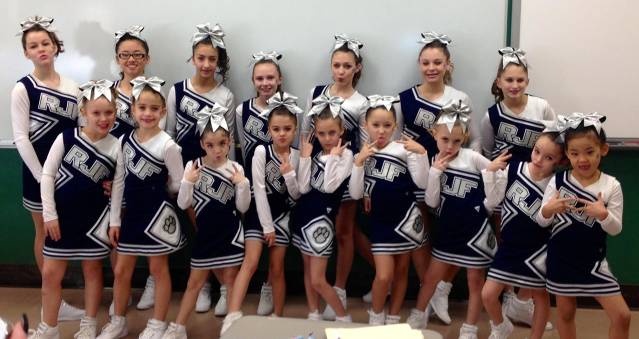 Apr24th Bears select Defensive End Corey Wootton in 4th round
The Bears have selected Northwestern University defensive end Corey Wootton with their fourth round selection, #109 overall. Here’s his profile from NFL.com.
Corey is an outstanding combination of size and strength for the position. His production is down from previous seasons and much of that can be attributed to a knee injury sustained in the Alamo Bowl at the end of last season. He is a decent athlete but not an explosive player off the edge. His lateral agility and change of direction hinders his playmaking ability in space. Corey does defend the run well and can anchor effectively to hold the point. He utilizes quick hands and long arms to control blockers but needs to expand his pass rush package to be effective at the next level. Wootton’s measurables, instincts and toughness makes him an interesting prospect for most defensive fronts. He wasn’t nearly as effective as previous seasons and knee concerns will be closely scrutinized going into the 2010 Draft.

Where are they now? Former RJF Player Stan Walters

Click on Bulldog to go to The Record story.

Where are they now? Former RJF Player Craig Paskas

Click on the Helmet to go to The Record story. 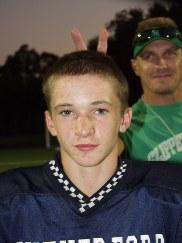 Click on Bulldog to the left to get to the article. 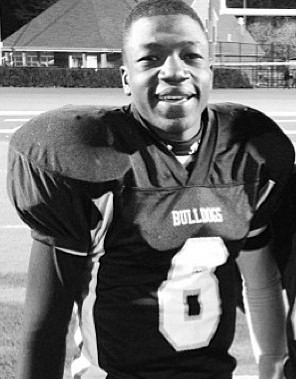 Click on the Bulldogs to go to the Kevin Kosakowski article dated 10/6/15. 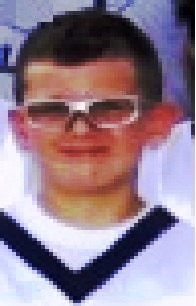 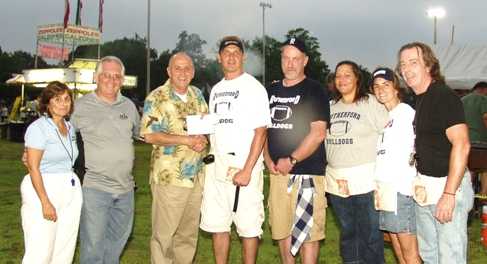 RJF Donation to National Night Out 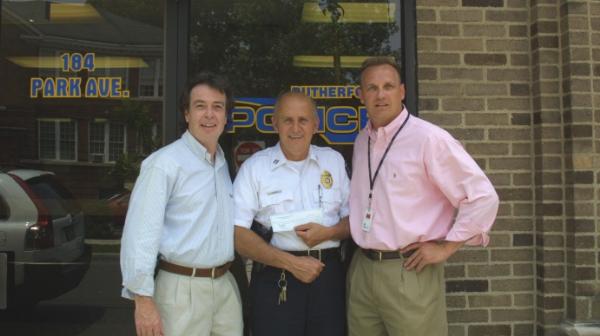 CLICK ON TO CALENDAR TO VIEW UPCOMING EVENTS SCHEDULED FOR THE BULLDOGS.


THANK YOU FOR SUPPORTING OUR LEAGUE.