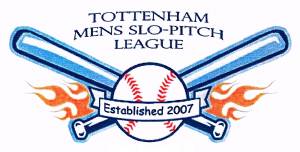 The TMSPL will not run the concessions for the 2020 Playoffs. This has been the situation for the past few season. We will once again outsource the handling of the bar and food.

There will be no banquet for the 2020 season. There were a number of contributing factors that lead to this decision and some very good discussion amongst those in attendance. It was decided that, following the playoffs, the Executive will meet with the Captains of each team to give them the appropriate awards (sweaters/jackets/hats etc) then the Captains will be responsible for delivering them to the appropriate players.

There will be a Mandatory Captains meeting following the Draft and prior to the opening of the 2020 season. At least one captain, or somebody to represent them, should be present and if not they will be removed as a Captain for the 2020 season.

It was determined to have at least a "full teams worth of players" on the waiting list (10+ people). Returning players will have first priority when it comes to sign-ups while new players will be added on a "first come first serve" basis so be sure to sign up early.

There is to be NO alcohol consumption at the park. There will be a ZERO TOLLERANCE policy surrounding this.

Due to a struggle to find pitchers, TMSPL has agreed on an incentive. If you choose to pitch and wish to wear a mask, the league will reimburse up to $40 of the purchase of a mask upon proof of purchase. However, masks are NOT mandatory for pitchers.

Applying to be a Captain

If you wish to be a Captain for the 2020 season (new or return) please message Phil De Land to get your name in.

No tagging between Commitment Line and Home Plate Line.

No "anticipation" on the bases.

Each team must submit their MIP and MSP choices due

Each team must submit their 2019 Player Ratings