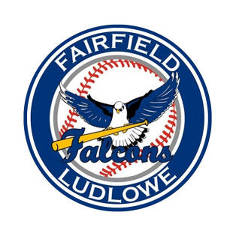 Mike Francese is entering his 7th year as the head coach Fairfield Ludlowe Baseball, and has enthusiastically coached students of all ages for over 22 years. During his coaching career, Coach Francese has worked with students from little league to NCAA Division 1.

Prior to embarking upon his diverse coaching career, he played 4 years of NCAA D1 Collegiate Baseball at C.W. Post/Long Island University.

Coach Francese brings a wealth of baseball coaching experience to the program. He served as the hitting coach at Manhattan College from 1997-1998.  After relocating to Connecticut, he began a thirteen year stretch in which he served as an assistant coach for former Falcons head coach, Keith O’Rourke at both Joel Barlow High School and Fairfield Ludlowe High School.

As an original member of the Falcons coaching staff, Coach Francese has been instrumental in creating a positive culture and sense of pride within the baseball program. With a team record of 194-150 over its 15 year history, Coach Francese works hard with all of his players and coaches to have a successful season.

Off the field, Coach Francese teaches Physical Education at Fairfield Woods Middle School. He lives in Woodbridge with his lovely wife Lauren, sons Tommy (11) and Nick (7), daughter Erin (2) and their black lab Lilly.

Mike is entering his 2nd year at Ludlowe after coaching more than 20 years at Barlow and Bunnell. He is a Physical Education teacher in Bridgeport.

Matt Lee is entering his 5th year as a coach with the Falcons. Coach Lee is a recent Graduate from American International College where he played 5 years of baseball as a left handed starting pitcher and the team captain. Matt is also a graduate from Bunnell High School where he played 4 years under Scott Szturma and won 2 state championships as a member of the football team.

Ken Geriak is entering his 3rd year as the assistant coach of Fairfield Ludlowe Baseball.  Coach Geriak is extremely excited to bring his 20+ years of experience and baseball background to Ludlowe High School.

He is a graduate of Brien McMahon High School, where he started his baseball journey being recognized as an All-State Player.  He continued at NCTC becoming a 2 time JUCO All American selection, as well as New England player of the year.  After finishing at NCTC, Coach Geriak played Minor League baseball in the Frontier League for the Ohio Valley Red Coats.

His coaching career began as the Player Recruiting and Outfield Coach at NCTC under Coach Mark Lambert.  During his time there, he helped bring a National Championship to the team.  He continued his coaching career at New Canaan High School as the JV Baseball Coach and Varsity Assistant Coach.  While there, he helped lead them to a FCIAC Championship.  He also served as the JV and Sophomore Football Coach, and Varsity Quarterback Coach, where he helped the team win a State Championship.  He now enjoys working with and coaching youth in the Fairfield Town Baseball, Football and Basketball programs.

Off the field Coach Geriak is a digital marketing manager. He lives in Fairfield with his wife Hannah and their 3 children, sons Kyle and Tyler and daughter Ella.

Coach Maffei is entering his 2nd year at Ludlowe after 34 years at Trumbull HS as Assistant Baseball Coach. Before that he served as an assistant at Andrew Warde HS during the 1978 season.

He was a 1973 graduate from Warde HS where he was an All FCIAC catcher.

Bob is a 1977 Graduate of Yankton College in South Dakota where is was an All Conference, All District and All American honarable mention as a catcher.

Coach is also an assistant for the Ludlowe Football team.

Shawn is entering his 2nd year as an assistant coach with Ludlowe. he is a 2013 graduate of Ludlowe and a 2017 graduate of Sacred Heart University.

Shawn served as a student team manager for the baseball team during his four years at Ludlowe managing all levels. While at Sacred Heart Shawn remained a part of the program helping in various capacities on and off the field.

Shawn will be helping all the head coaches especially Coach Francese with day to day administrative work, social media postings, and various on and off field duties.

Shawn is currently working as the assistant to both Fairfield Public School Athletic Directors.

Coach is entering his 2nd year as the Head Coach for the Falcons JV. Tommy graduated from The University of Connecticut and is a 2013 graduate of Fairfield Ludlowe.

As a player at Ludlowe, Tommy had a Career .341 batting average with 21 RBI while a varsity player. A consistent compact hitter putting the ball in play in all situations and very hard to strikeout. Defensively he was an excellent defender patrolling the tough right field of Kiwanis.

Coach Lena is entering his 2nd year as a with the Falcons. He is also an assistant for the Ludlowe Football Team.

Coach is in his second stint as a coach with the Falcons. He was a JV coach in the early 2010's and is back as the Head Freshmen Coach for this season after being an assistant last season for the JV.

Has over 40 years of Coaching experience from HS to NCAA Division 1. Most recently at Fairfield University where he was a long time assistant.