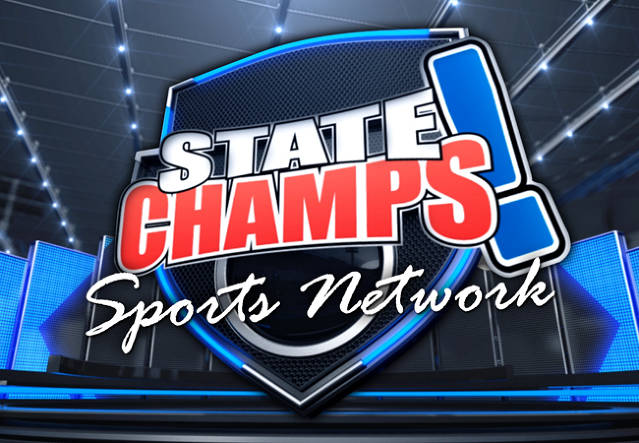 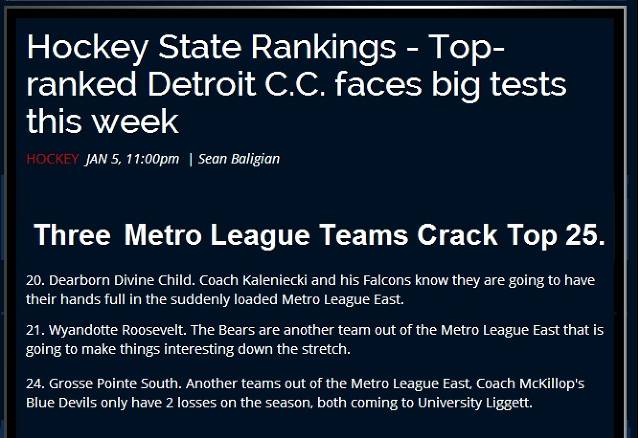 May have the best pure, breakaway speed of any MI-HS player this year. Has really developed as a playmaker due to the attention he draws from the opposition. Great compliment to linemate Bowery (Forward, 1996). Agility and hands are exceptional, especially for a taller player. Improving as a two-way player but could be stronger in the defensive end.

Very complete player, positionally sound at both ends of the ice. Smooth skater with great burst. Good in tight spaces and tracking pucks. Has the potential to put up points but really excels in shutting down the top offensive threats of the opposition. 13th round USHL selection of the Cedar Rapids Rough Riders in 2014.

Exceptional all-around player who makes everyone around him better. Has a step on most defenders and the ability to take over offensively but looks to get teammates involved first. Described by some coaches as one of the best overall players they have ever seen at the MI-HS level. Played with Compuware Midget Major in 2013-14. 5th round priority draft selection of the Plymouth Whalers (OHL) in 2013.

Smaller forward with excellent speed and playmaking creativity. Uses vision of the ice to find teammates and keep himself out of dangerous situations. Has a great feel for the game and constantly keeps his feet moving with and without the puck. Brings energy and leadership abilities to his team.

Speedy forward with great hands and playmaking abilities. Has the speed to beat defensemen wide one- on-one and does a good job of taking the puck to the net and creating scoring opportunities. Does an excellent job of moving without the puck and finding open space. Keeps his feet moving, especially on breakouts and zone entries – accelerates up and down the ice. Former Midget Major player for the Marquette Electricians.

Brings speed, discipline, and energy to one of the most balanced teams in MI-HS. Very responsible in the defensive end and rarely caught chasing or out of position. Plays his home games on an Olympic surface and uses his speed on the perimeter to drive the puck to the net and create chances.

Great burst and agility; very smooth stride. When given the opportunity to accelerate through the neutral zone is difficult for defensemen to handle. 7th round selection of the Chicago Steel in the 2014 USHL futures draft.

Big, power forward who is a natural goal scorer. Able to use his strength to finish in front of the net. Has a quick release and is able to find open areas. Much like Harper, excels in working with linemate Morgan.

Big, puck moving defenseman with excellent vision and patience. Does a great job reading forechecks and delivering a smart, accurate outlet pass. Natural quarterback on the powerplay; puck is on his stick and either on net or to the best available option.

Physical defenseman that has shown the ability to jump up in the rush and create scoring chances. Fearless in the corners and in front of the net. Battles, finishes checks, and constantly gives up the body to block shots. Compete level is second to none.

Strong, physical defenseman know more for his shutdown abilities. Does an excellent job with gap control and keeping rushes to the perimeter. Looks for the big hit but picks his spots to step up.

Defensive defenseman known for his grit and physicality. Plays top minutes against the top line of the opposition – a true shutdown defenseman. Not known for his offensive ability but a stabilizing powerplay quarterback. Embraces the role of being tough to play against.

Excellent lateral quickness and skating ability. Plays an aggressive style and uses speed to his advantage. Does a great job covering up the lower part of the net and outwaiting shooters. Former Midget Minor goalie for the Michigan Nationals.

Very technically sound from a positional and movement standpoint but also shows the ability to battle for pucks and use athleticism to come up with second and third saves when necessary. Does an excellent job controlling rebounds and dictating the pace of play. Consistent and reliable – gives his team a chance to win every night.