Each local level of the National Allball Association has divisions which are separated by age.
The following are the boys and men’s divisions:

·         Major League Allball ages 18 and over for Professional Players

The girls and women’s divisions are as follows:

Allball programs operate within specific boundaries. A township makes up the Community Level.
Each township sets its own boundaries forming their local leagues.

All Community Level programs may alter their age groups based on participation.
But in District play the age groups above will be those used in the tournament format.

After your local league season each program will pick their all-star team to participate in the tournaments.

This is the first step in the Allball Tournament. A district is made up of Community Level and Club Level Leagues within a common boundary.
These boundaries will be by county. In instances where a county has a limited number of team’s locals may be placed in another county for district purposes.

The tournament winners will proceed to the regionals.

There will be 8 regions strategically located throughout the country.
Each regional winner will meet at the nationals.

The National Tournament will feature the 8 regional winners in a bracket format.
This will crown a National Champion. The location will be determined.

These leagues are not established. All players that are involved in our Farm Division will be placed in the Professional Draft to be announced. 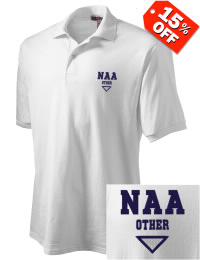