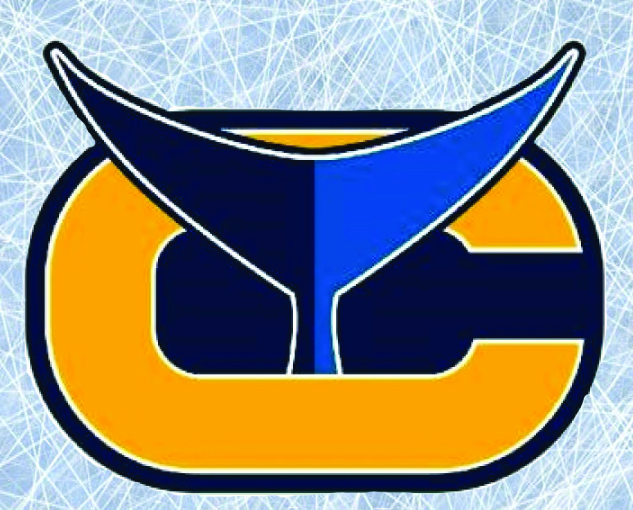 The Backhand Shot The backhand shot is the most difficult shot to learn. Most goalies fear the backhand shot because its trajectory is so difficult to read. This shot is very effective when cutting in front of the goal or when the pass is made on your backhand side at close range to the net. A player should practice the backhand shot as much if not more than any of the forward shots.

Technique-Use the proper stick grip and take on the proper hockey stance. Move your hand down one-third the length of the shaft. Bring the puck just behind or even with your back leg. Position the puck on the back third of the blade (in the middle of the straight section close to the shaft). Roll your wrists to tilt the blade over the puck. Keep the line of shooting close enough to your body so that you stay balanced but far enough to provide good arm movement.

In the wind-up position, your body weight should be on the leg closest to the puck. With your head up looking at your target, move your arms across your body shifting your weight to your front leg (dip your front shoulder down and lean on the stick). You really have to roll your wrists as the shot is released and point the toe of the stick to the target. Follow through until your palm is pointing up. The higher the follow though, the higher the puck will rise.

The Importance of Off-ice Training Although great technique is essential to becoming a great skater, you will not be able to reach your full potential if your leg muscles lack in power, flexibility and endurance. That is why an off ice training program is essential if you are looking to take your skating skills / overall hockey abilities to the next level.

When deciding to engage into an off ice training program, many do not know where to begin. Are you looking to build more endurance, increase your flexibility or get stronger more powerful muscles? Are you looking to combine them all? In order to help you achieve maximum speed and explosiveness on the ice, you should engage in an off ice program that focuses on increasing all aspects: power, flexibility and endurance.

The role of an Official

The basic Role of the official can be broken down into two simple words -"safe" and "fair". By viewing and officiating the game with these two words in mind, an official should be able to call a game that is acceptable to all of the participants.

There is no excuse for an official not to penalize any infraction that threatens the safety of another participant and Hockey Canada calls upon all officials to strictly enforce these types of infractions.

The word "fair" does allow some flexibility in determining which infractions will and will not be penalized. Any infraction that takes away a good scoring chance should be penalized. However, some infractions, although obvious infractions by the wording in the rulebook, can be overlooked if no advantage is gained. Remember that it is the "spirit" or "intent" of the rule that determines an infraction, not the literal wording. This will be interpreted differently in each game, depending on the official, the level of play and the style of play. As officials develop their officiating skills, their "feel for the game" and "judgement" will help them determine the officiating style needed in each game.

Infractions after the whistle should also be penalized accordingly, with emphasis placed on penalizing the instigator of such activity. This article and others are available at www.hockeycanada.ca

Execution, not the System

As coaches prepare, many often ask for advice on what is the best fore-check, power play alignment or breakout system.

I always reinforce to coaches at all levels that it is not the system that wins games; it is the ability to execute the system or structure of play that matters most. If you select the No. 1 power play alignment at our level, you will not be successful if your players have trouble passing and receiving pucks cleanly; if you don’t have defense who can one-time the puck or at least get the shot through to the net; if you don’t have players who read the play and anticipate.

Far too many coaches focus on getting the ‘right system’. Here are some things you should consider when developing your system of play.

1. Decide on the trademarks of your team first: This is the most important step in your future success. What type of team do you want to be? You and your staff should discuss this thoroughly and come to a consensus. Make sure you see the picture clearly.

2. Select a system of play which matches your trademarks.

3. Make a list of the skills for each of the above systems: For example: Top power plays include excellent passing and receiving skills; deception when shooting and passing; being in a screen or deflection position; shooting from the blue line; getting to and converting rebounds; one-touch passing and shooting.

4. Select drills which will both teach your systems and the skills that make up the system: I like to refer to this as a “bank of drills for the season”. Players get used to doing them, know the drills by name, and as the year goes on will be able to focus on the execution of the drill rather than the drill itself. Don’t get me wrong, I am not saying that you should repeat the same drills every day, but I am making a point that repetition is important for development. Coaches should have 80 per cent repetition and 20 per cent new drills every practice. The key is in the execution.

For hockey administrators dealing with youth is a big issue because it’s what their job is based around. When dealing with youth there are many possibilities of what the case may be concerning. If it’s dealing with a team after a dramatic loss, the administrator should handle the situation with lots of encouragement and positive thinking. If the administrator is dealing with the consequence of a violent situation during a recent hockey game, they need to take appropriate action, whether it’s a suspension or banishment from the league the administrator needs to be firm and clear in the reasoning to insure violent incidents can be removed from the game of hockey. These incidents should be later brought up at league meetings to give others a chance to input on how violence in their league can be eliminated.

“When you improve a little each day, eventually big things occur. When you improve conditioning a little each day, eventually you have a big improvement in conditioning. Not tomorrow, not the next day, but eventually a big gain is made. Don’t look for the big, quick improvement. Seek small improvements one day at a time. That’s the only way it happens – and when it happens, it lasts.” This is a quote from John Wooden, who coached UCLA to ten NCAA Basketball Championships in twelve years.