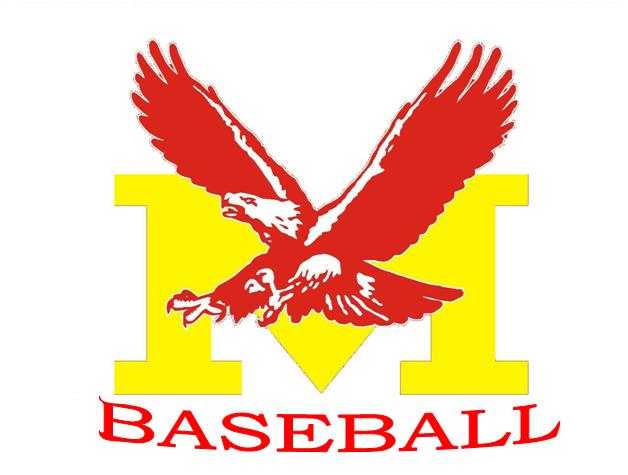 Comments: 0
| More Print
Mike Antonio, Nelson Rodriguez and Jordan Polanco, who make up arguably the most lethal middle of the order in the entire city, were due up. George Washington had just sliced a four-run deficit to one on Xyruse Martinez’ opposite-field three-run home run, and the crowd had worked itself up into a lather.

Many elite pitchers in the city may be intimidated by such a tense situation. Not Cruz Resto.

“I know their whole team,” the 6-foot, 210-pound catcher and stopper said after he worked around a walk to Antonio and retired Rodriguez and Polanco on groundouts to close the Eagles’ thrilling 8-7 victory over the Trojans. “I’m not afraid to throw the ball by them. When the crowd is loud, everybody’s screaming, it gets me more up. That’s not pressure.”

denis gostev
Monroe's players celebrate a big hit.
No, pressure is not playing at all, pressure is having to change his ways, pressure is getting his school work in on time, taking night classes just to be eligible.

After missing last season because of academic ineligibility, Resto had to do those things.

“I made my own decision to turn everything around,” he said.

He did that with his bat and right arm on Sunday. His two-run, opposite-field homer off George Washington southpaw Nestor Bautista got the Eagles even at three in the third. Monroe went ahead in the fifth when first baseman Frailyn Paez reached on third baseman Jorge Toribio’s throwing error, allowing outfielders Vladimir Gomez and Melvin Garcia to score.

Monroe starter Jesus Vasquez added to the lead with a sacrifice fly in the sixth and Kelvin Toribio crunched Monroe’s third round-tripper of the day, turning on a Jessue Alvarado belt-high fastball.

Right-handed reliever Jesus Brito, who has been so solid for Monroe coach Mike Turo, nearly gave it all back, serving up a three-run shot to Martinez. That set the stage for Resto. He fell behind Jorge Toribio 2-0 before fanning him with three straight heaters. He walked Antonio, but jammed Rodriguez and got Polanco to tap out weakly to third.

“I’m happy he shaped up,” Vasquez said. “He’s a great contributor. He’s like a captain for us.”

Vasquez did a fine job himself after a shaky start. The first three Trojans he faced came around to score, the big blow Rodriguez’s well-struck triple. But aside from a throwing error that allowed an unearned run to score in the third, he kept the potent Trojans off the scoreboard until the seventh, striking out six and walking two.

Instead of working them in, he began painting the outside corner and keeping George Washington off balance with breaking balls and changeup. Once they started to lean out over the plate, he busted them inside with his tailing fastball.

“Even though he didn’t have his best stuff, he threw very well,” Turo said.

There was added significant to this non-league victory, beyond the fact that it was Monroe and George Washington, two of the city’s established powers. The Trojans entered the contest nationally ranked, 23rd in USA Today; Monroe was not. Turo said he had heard plenty about how loaded the Washington Heights squad was, about its deep pitching staff and lethal lineup.

“This is important to us,” Turo said. “It shows we can play with the big guys. Everybody says they are the best team in the city.”

Monroe can certainly make a legitimate claim to that now. 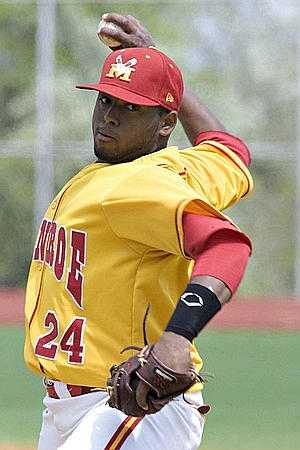