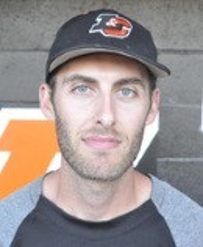 Nate will be joining Wilson JBO as our Hitting and Pitching Coach that will work with all levels.

A native of Eugene, Ore., Wilson-Traisman played high school ball at South Eugene High School, where he earned all-league and all-state honors in 2005 and 2006.  Wilson-Traisman attended Macalester College in Minnesota, where he was a four-year starter and two-time all-conference selection at shortstop. He hit .425 his junior season and came within three RBI of the school single-season record, earning him an NCAA Midwest All-Region selection. He finished his college career with a .371 career batting average.

After graduating, he spent a winter in Palm Springs, Calif., playing in the California Winter League. Wilson-Traisman broke into the coaching ranks as the JV coach for Southwest High School in Minneapolis. In addition to coaching at Northwest, he worked as a hitting instructor for Nevers Larkin Baseball, a training facility run by former Minnesota Twins player, Gene Larkin.  Nate Wilson-Traisman was with  Lewis & Clark from 2015 to 2019 and was responsible for coaching the Pioneers infielders and assisting with the hitters and offense.