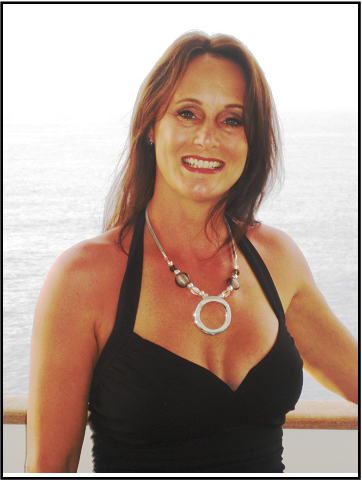 Maria Lynn Hartman was a vibrant member of the Readington Community for over 15 years. Maria actively participated in various Readington school events with her two children, Danielle (Dani) and William (Billy). When her daughter, Danielle tried out for but did not make the Readington Middle School volleyball team, Maria (who had never played volleyball in her life) studied coaching, became certified to coach in the sport, and was instrumental in founding the Readington Recreational Volleyball Club. She coached that team for two years, leading it to a highly respected third place finish in the Regional Championships. Many of the girls she coached, including Dani, went on to play volleyball together for Hunterdon Central High School where years later they actively competed for the State Championship.

In June of 2012 Maria suddenly and without warning developed weakness in her arms and legs, the cause of which was soon diagnosed as tumors from breast cancer that had metastasized to her brain. Between July and September she bravely underwent three brain surgeries. Despite the horrible diagnosis, Maria remained positive and upbeat, posting encouraging Facebook messages, never asking “why me”, and never letting the cancer destroy her soul. Maria died on September 22, 2012 at the age of 47. More than 500 people attended her memorial service, attesting to the fact that she touched so many lives in this community during her short time on this earth

The Maria Lynn Hartman Sportsmanship  Award Is Given To  Remember The Person She Was While On This Earth. God Bless Maria Always!!!