Alvin C. "Burr" Austin was born in Smyrna, Georgia on January 6, 1925. Burr started his professional baseball career with the Waycross Bears in 1948 playing for three years before marrying Pierce County resident Jackie Bennett in 1951. Burr decided to hang up his cleats and go to work with CSX Railroad so that he could support a family, have a retirement and insurance. Burr and Jackie resided in Pierce County where they raised both of their children until his passing on January 23, 2012.

When Mickey Katkaveck died 20 years ago, Waycross and Ware County lost one of its biggest boosters.

We conclude today with the Bear Skippers reminiscenses of the 1948 season, the year the Waycross Bears won the Georgia-Florida League pennant on the last day of the season. Katkaveck was manager of the Bears before helping found the Waycross Recreation Department.

It looked bad for the local nine when they went to Valdosta's Pendleton Park to begin their home and home seriers with the "Dosta Dodgers with both teams tied for the No. 1 position.

They had not beaten the Brookyn farmhands in six previous outings in their park. An overflow crowd with standing room only attracted fans from the other league cities in the big showdown for the 1948 Georgia-Florida pennant.

The first game went as expected as the Dodgers won 6-5 in the final inning to go out in front of the Bears by a 1/2 game.

George Fultz took the mound for the Bears in the second game and this was a different story. Burr Austin and Norm Galinkin paced the Bear attack with four hits each wrote Katkaveck. Fultz had the Dodgers eating out of his hand as he fanned 10 batters. The Bears sewed up the game in the last inning winning 8-3 much to the delight of the 600 Waycross fans who journeyed over for the series, led by Harry Buckins, one of the most colorful fans the Bears had.

The win was the first of the season for the Bears in Valdosta and it put them back on top of the league standings by a half game with three more to play.

Somewhere in the favored land of ours, the sun is shining bright and somewhere hearts are light wrote the Bears skipper. But not in Valdosta where the fans are walking up and asking what hit them. The 1948 season will serve as a reminder to Valdosta and all other clubs in the Georgia-Florida League, never let Waycross creep into second place if you're leading the league.

If Morton Smith never wins another game in his life he has already won a place in the hearts of Waycross baseball followers.

Pitching in the opening game of the twinbill to decide the championship, he hurled a one-hit shutout winning 2-0. After two men were away in the fourth, George Fisher signled for the third hit off of Stan Stocker. Bobby Lyons walked. Charlie Brewster singled scoring Fisher and Walt Bremer drilled a line drive into centerfield scoring Lyons for the only two runs of the game. The Bears went out in front by a game and a half with two left to play.

Victory in the second game came the hardway. Waycross scored twice in the first inning but the Dodgers came back with a three run rally to take a 3-2 lead. The Bears tied up the game in the third inning, 3-3. They went in front 6-3 in the fifth and it looked like the Bears were home free but the Bums came back with two runs in the seventh and one in the eighth inning to tie the game 6-6.

The Bears broke the Dodgers back in the ninth inning. Charlie Brewster singled and Don Gross and Jeff Bell walked to load the bases. Up came Morton Smith and he doubled off the centerfield fence clearing the bases and then scored on a single by George Fisher. The rally gave the Bears 10-6 lead and with Smith pitching, he struck out the side ending the game and giving the Waycross team the pennant.

For the Dodger fans it was a bitter pill to swallow for they had led the league most of the season. But to the Bear fans it was a climax to one of the greatest uphill battles in league history to come from out of the murky depths of the second division in early June to capture the coveted crown.

Note: The above article was written by Larry Purdom for the Waycross Journal. The late Charlie Brewster resided in Pierce County and Burr Austin still resides in Pierce County with his wife Jackie.

"Bear Taining Camp In Full Swing Today" read the headline. "Upward of 30 candidates were on hand this morning as the Waycross Bears officially opened spring training at Memorial Stadium. Among the players reporting for the 1950 season were Charlie Bloodworth and Burr Austin.

Bloodworth, who hails from Atlanta hit .259 in 95 games for Waycross last year, his first season in professional ball. Austin hit .256 in 122 games. He broke into pro ball with the championship club here in 1948.

Impressing the locals early were Milton Walker and George Fisher. The first Bear exhibition game was set for Memorial Stadium on April 1 with the Macon Peaches as opponents.

Note: The above article was written by Larry Purdom for the Waycross Journal Herald. Burr Austin still resides in Pierce County with his wife Jackie.

Alvin "Burr" Austin who has seen two years service with the Bears is one of the returnees from the 1949 club now here for spring training. The Smyrna, GA native outfielder is gunning for a .300 batting mark this season. 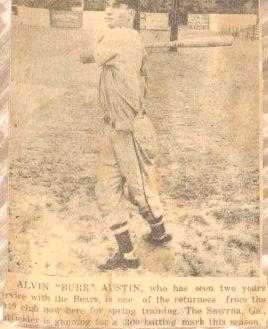 These Bear outfielders line up for their turn at bat. They are (left to right) Walt Bremer, Burr Austin, Charlie Bloodworth and Milt "Red" Walker. Only one member of the outfield quarter pictured here is a newcomer. He is Walker, a $5,000 bonus player from Birmingham, AL. 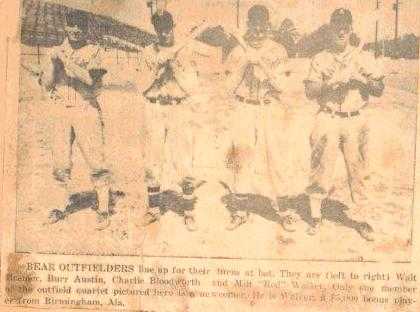 Thomasville (Special to the Journal Herald) - Seventeen year old Bill Allen, the kid southpaw from Brunswick stopped the Thomasville Tigers last night as the Bears won 8-3 to take the lead in the four game home and home series.

He handcuffed the Bengals until the eighth when they pushed over one run and he scattered six hits along the route for his second victory against one defeat.

The win moved the Bears within two games of the loop-leading Albany Cards. The Bears and the Tigers conclude their series tonight. Waycross returns home Sunday to open a two game stand against the Moultrie Cubs. Game time is at 3 o'clock.

The Bears jumped into the lead in the first frame last night. Frank Sparacino singled to left, took second on a wild pitch and third on Paul Martini's infield out.

The Bears got three more in the second. Johnston walked, Allen laid down a bunt and Utter threw wild at second and both runners were safe. Austin beat out a hit to short loading the bases. Walt Bremmer walked forcing in Johnston. Then Don Manno singled to left scoring Allen and Austin.

The Waycross club picked up a run off Jack Steadman in the fourth. Paul Martini and Walt Bremer walked. Manno grounded to third and when Bob Deriuex threw wild, Austin scored.

Although Allen was in hot water several times in the ball game, he was effective in the clutches until the eighth frame. Then the Tigers got their first run when Red Walker dropped Sowell's fly in right allowing him to go all the way around to third. Sowell scored on Fulton's infield hit.

The Tigers got two in the ninth when Dereiux doubled and Stanley slammed a home run over the right field fence.

The Waycross Bears proved themselves equal to the chilly breezes and opening jitters here Saturday and Sunday by sweeping a pair of ball games from Tallahassee.

The Bruins came roaring from behind Saturday night to cop the opener 11-9 before some 3,500 shivering fans and took the finale Sunday afternoon 11-5.

The brand new Bears delighted their supporters by pounding out a total of 27 hits in the two ball games and displaying a brand of heads up baseball that harbingers good days ahead.

With two victories under their belt, Don Manno's men move over to Valdosta tonight to help Stan Wasiak's Dodgers open their home season. They wind up the Valdosta series Tuesday and return home Wednesday to face Bill Peterman's Cordele Athletics.

Sunday the Bears pushed over three runs in the first inning and were never again headed. They banged out 13 hits off the four pitchers, Buc, Skipper, Walt Tauscher paraded to the mound, Grady Hilliard the Salisbury, NC boy who had a 1-2 record at Gainsville last year, went route for the home club scattering nine safties.

Manno got four hits in the two contests including a tremendous clout over the left centerfield wall Saturday night to put the Bears out front in the opening game.

Johnston, a youngster up from semi-pro ball belted out three hits Saturday night including two triples and followed up with a triple and a singled Sunday. He also turned in a top performance at third base.

Saturday night, Bill Currie, who hurled in the Flint River loop last year did a great job on the mound for the Bears for seven frames. At the beginning of the eighth inning, he had allowed the Bucs just three hits and had nine strikouts to his credit, five of them coming in succession in the first and second innings.

Then the Pirates found the range and drove him to cover with a pair of doubles by centerfielder Paul Smith and left fielder Joe Quattene. The visitors jumped on Bill Allen, the Brunswick boy, who relieved Currie for two more hits which combined with three walks gave them five runs when the smoke had cleared the way.

But the Bears had their day in the bottom of the eighth. They came back with six runs to put the ball game on ice. The big blow was Walt Bremer's double to left with the bases loaded.

The neophyte Waycross Bears picked some rugged opposition to "cut their teeth on."

Last night the Omaha Cards of the Class Western League turned the third exhibition game of the season into a rout. They clubbed three Bear hurlers for 24 hits - good for 26 runs while the Bears were scoring twice.

The shower of Omaha runs brings the enemy total for three :Grapefruit Circuit" games here to 60. Macon pushed across 11 tallies Saturday and the Winston-Salem Cards scored 23 on Sunday.

The Bears move over to Brunswick today to face Don Manno's former teammates, the Albany Senators of the Class A Eastern League. They resume play in Memorial Stadium tommorrow night facing the colorful House of David bearded men.

Last night the Bears got both of their runs and six of their seven hits off Bob Galey who played here last year. But they were only able to get one hit off southpaw Bob Bills who succeeded him and none off Morris Frank, the ex-Albany hurler who pitched the last three frames.

Jack Ingalls started on the mound for the Bears and yeilded seven runs on nine safeties in four frames he toiled. The young fireballer fanned six Card batters but issued seven walks.

Bill Hogdon, who relieved him before the rally was quelled in the fifth, fared little better. The visitors battered him for three runs in the sixth and eight more in the seventh.

The brightest spot on the Bear side was the hitting of Burr Austin. The Smyrna outfielder banged out three doubles to pace the batting attack for the home club.

Bear runs came in the second and third frames. They scored in the second stanza when Bob Johnston singled to right, moved to third on Galey's wild throw at first and scored on Foltmier's single to center.

The other run came on successive doubles by Frank Sparcino and Burr Austin. 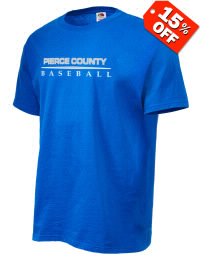 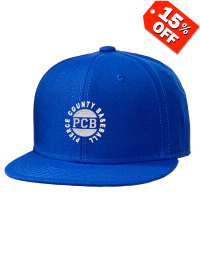 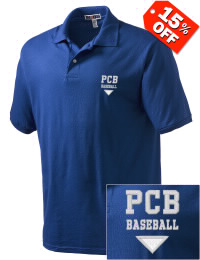 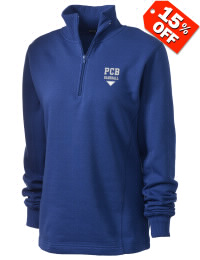 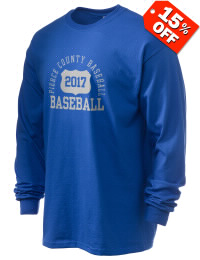