Subscribe to our Newsletter
Link: Mike Callas Stadium on StadiumConnection.com 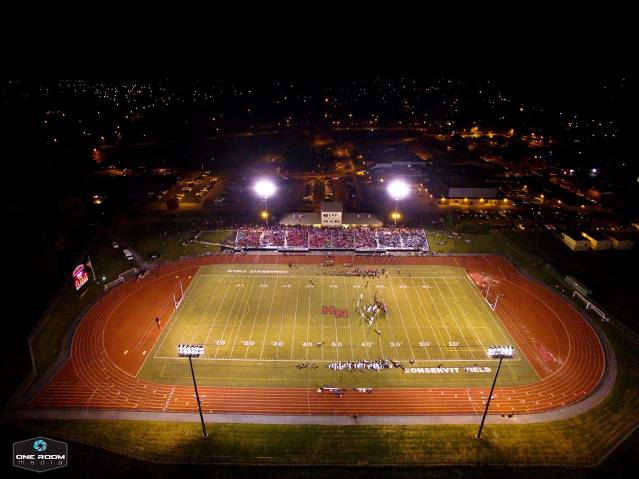 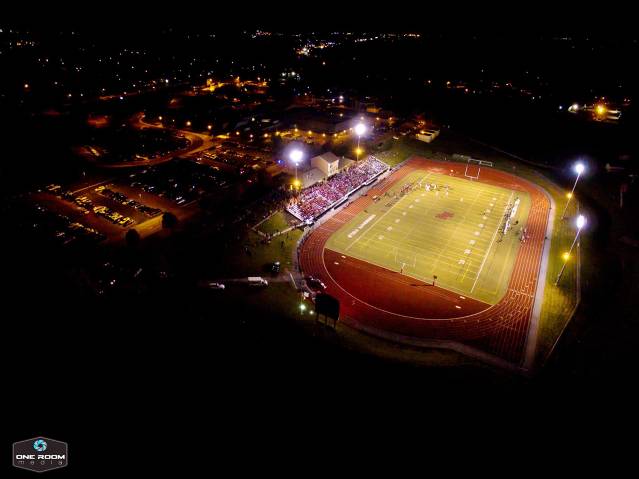 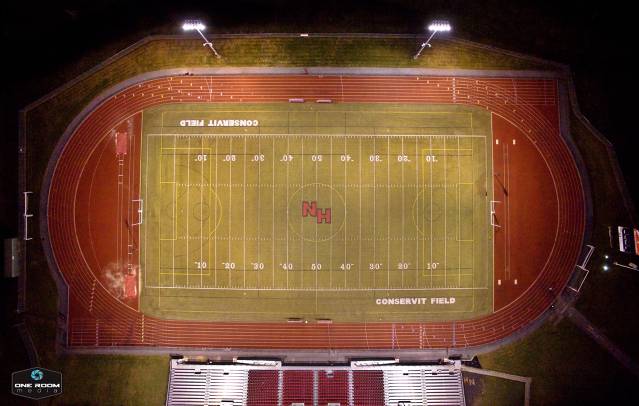 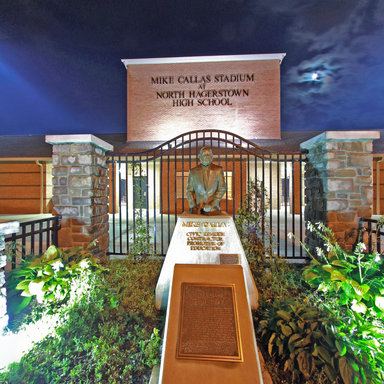 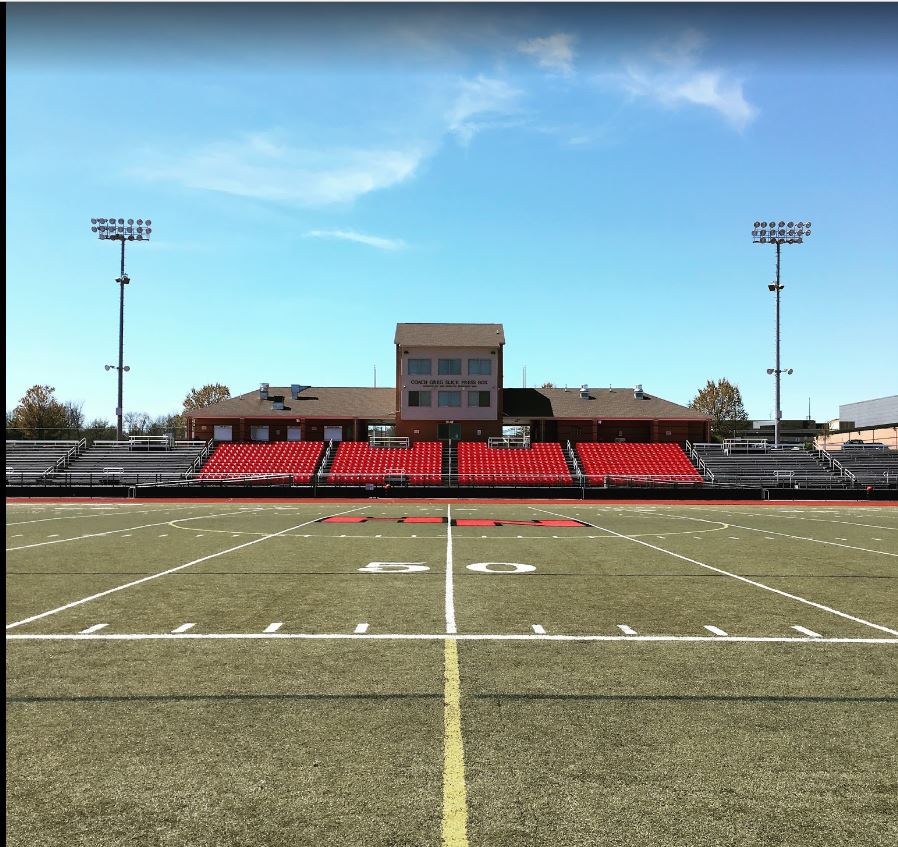 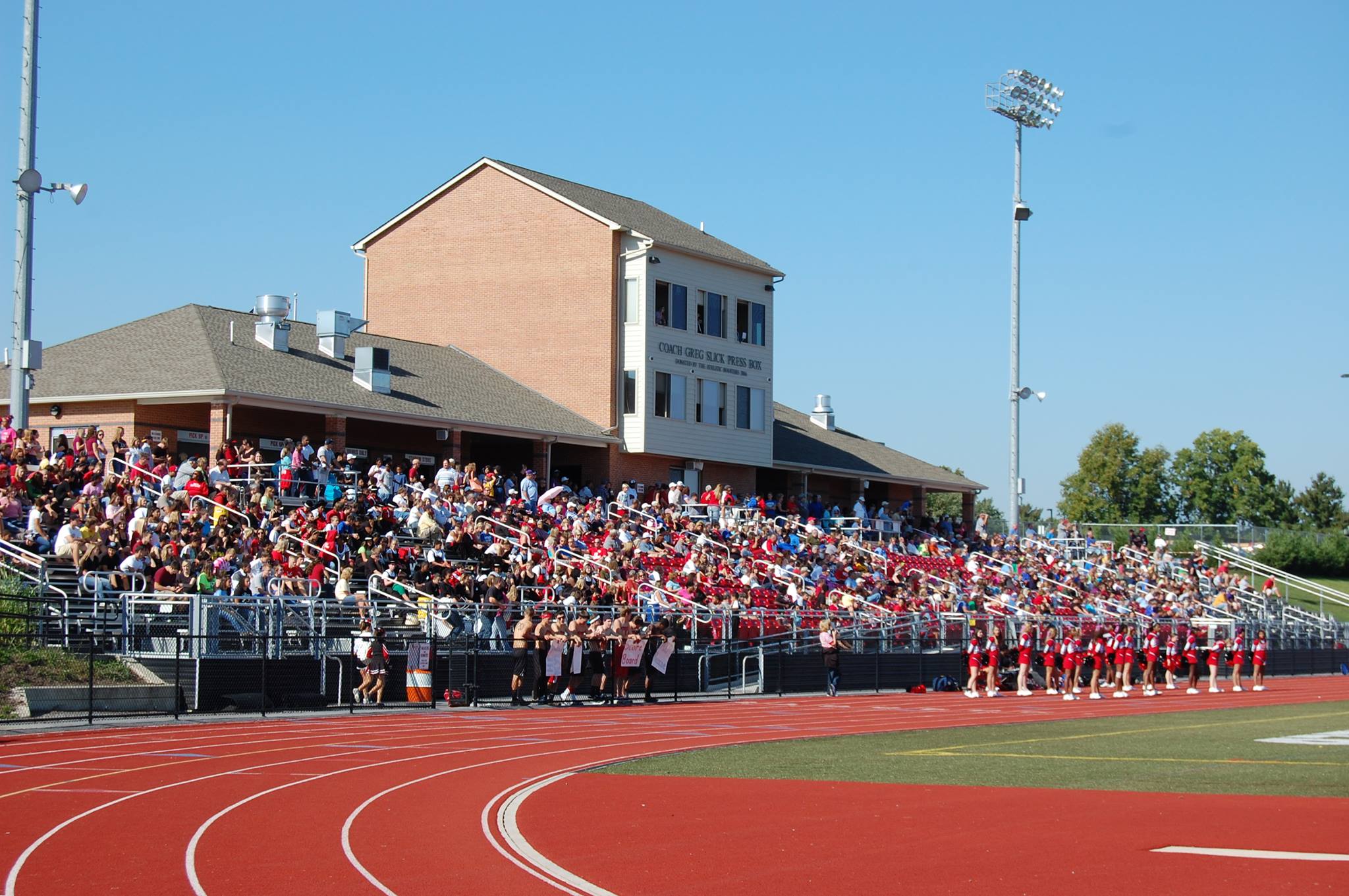 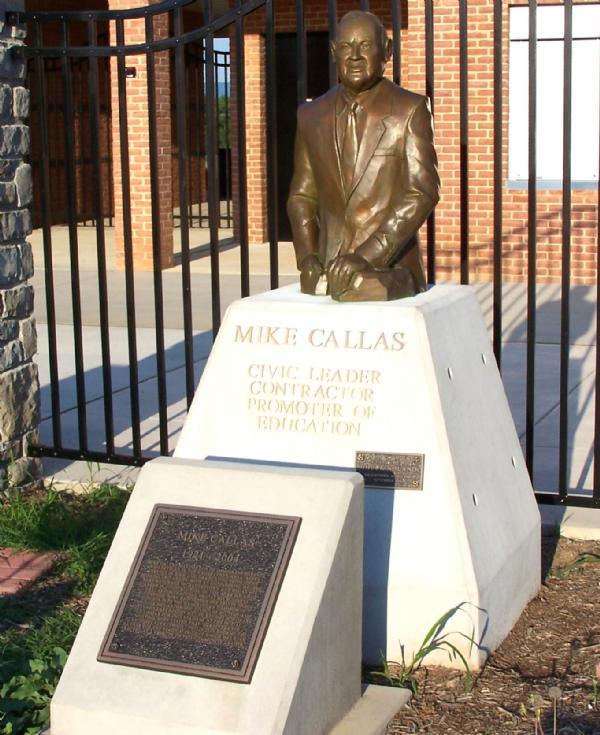 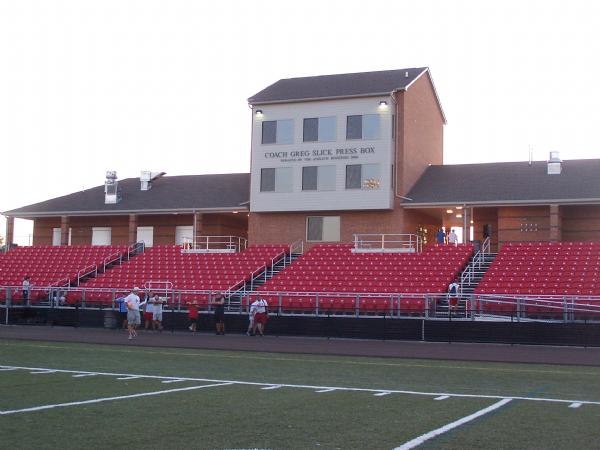 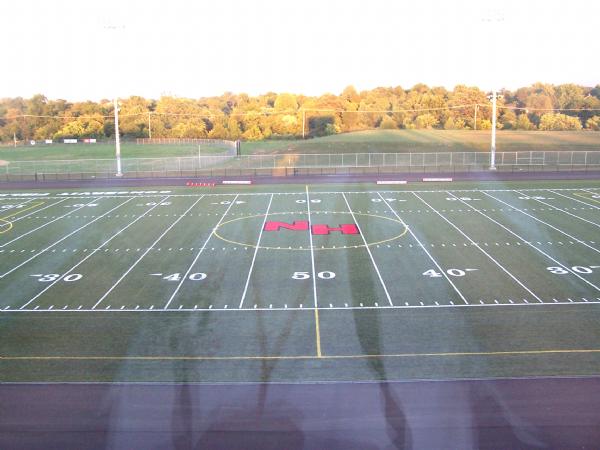 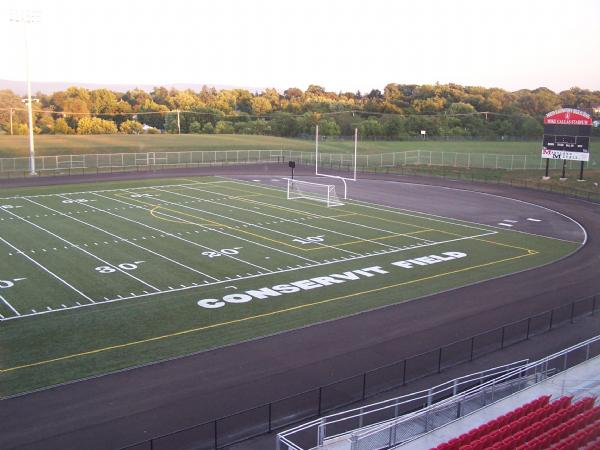 North Hagerstown High School will build a stadium on its property to support athletic events and band competitions at “home” and initiate using the facility for the opening of the 2005-2006 school year.

Athletics and band are integral components of the educational, cultural and physical experience of today’s students, and competition can become an arena for community involvement and civic pride. Capital expenditures for a stadium will promote educational opportunities and equity, and quality facilities and programs will allow the community to reap broad economic benefits. The goal of the Washington County Public Schools is to achieve a high-level of staff, parent, family, community, and business involvement.

School History & Background:
North Hagerstown High School is the largest high school in Washington County, Maryland and is one of the only two schools in the state without a stadium to hose “home” athletic contests and events. North Hagerstown High School serves more than one-half of the City of Hagerstown’s high school population, a total enrollment of 1,235 students, of whom more than twenty-five percent participate in the sixteen varsity sports offered at the school.

School Stadium was built to serve two sports, football in the fall and track in the spring. Over years, boys and girls soccer, varsity and junior varsity and freshman football games, are played on alternative fields during the day as no other lighted fields are available. Although designed to hose a maximum of fifteen events per year, in 2003 approximately 60 events were held in the Stadium including the “Showcase of Bands.” It has become increasingly difficult to coordinate activities and is now a detriment to field condition. Costs to transport athletic teams and band members to School Stadium have skyrocketed.

Community Involvement:
The Washington County Public Schools have a policy of promoting community use of facilities. A stadium complex in the north end of the city of Hagerstown would provide greatly needed recreational space for the citizenry and promote and foster a healthy lifestyle among city residents. In addition, a stadium complex at North Hagerstown High School would provide a vehicle to market the City to new residents, visitors and especially local businesses. The stores and restaurants along Pennsylvania Avenue would see an increased traffic flow and potential additional business during home games.

1. Why is the North High Boosters Club, Inc. seeking private funds for a North High Stadium when school district funding sources should be available?
Capital funding for Washington County Public Schools is very limited and presently there is a backlog of projects. After discussions with the Washington County Board of Education, County Commissioners, and the Washington County Delegation to the Maryland General Assembly, the North High Boosters Club, Inc. concluded that if an athletic facility including a stadium were to be built at North Hagerstown High School, it would have to funded privately. Public funding will be pursued when available, but because of Maryland’s financial situation, we do not anticipate the government, state, or county, making a significant contribution to this project.

2. Why is a stadium project needed now when North High has been waiting for a stadium like all other schools for decades?

A North High Stadium project is needed now because of the present and pressing demands on School Stadium (now used by both North and South Hagerstown Schools) by Freshman, JV, and Varsity Football, Boys and Girls JV and Varsity Soccer, Varsity Lacrosse (North) and two school bands. The stadium was designed to serve two sports, football in the fall and track in the spring, a maximum of fifteen events a year. In 2003, approximately 60 events were held in the Stadium including the “Showcase of Bands.” It is now difficult to coordinate activities on the field. It is even difficult to maintain a field condition. Finally, the cost to transport athletic teams and band members to the stadium have skyrocketed.

3. Why has North High Boosters Club, Inc. contracted to have a feasibility study completed?

The North High Boosters Club, Inc. of the Washington County Public Schools has now received feasibility study results from Nancy C. Saidis and Associates, Inc. of Mechanicsburg, Pa. The study has been reviewed by the Boosters Club directors and is being presented to the Booster membership.

4. What recommendations were presented?

Nancy C. Saidis and Associates, Inc. recommended that North High Boosters Club, Inc. should proceed with a capital campaign to construct the stadium project, but only after reconfirmation of facility costs, recruitment of a strong leadership team, and early confirmation of “naming opportunities.”

5. What will the Boosters Club do next?

The North High Boosters Club, Inc. is encouraged by the results of the feasibility study and will being to complete preparatory activities needed before beginning a public capital campaign to construct stadium for North High School in Hagerstown. The Booster Club is confident that once costs are confirmed and a strong leadership team recruited, it will be possible to raise the necessary funds by engaging those who support pubic activities to be undertaken will be to share with potential donors, the naming opportuniti8es available with this project.

6. How can the public become involved?

The North High Booster organization meets monthly at the school. Everyone is invited to join and work on this project with us. Local businesses are especially encouraged to become active in our organization and to consider the high visibility and recognition afforded by the naming opportunities that will be available. An added benefit of beginning this stadium project is the recognition of the need for an active and influential alumni organization.

This project is being coordinated and fully staffed by volunteers in consultation with Nancy C. Saidis and Associates, Inc. To volunteer and help make this dream become a reality, please contact John Williamson at (301)-733-7421 or Gregory Slick at (301)-766-8238 ext. 4035.

7. What will the role of the school district be in this project?

We do not anticipate any funding from the Washington County Board of Education. However, the North High Boosters Club, Inc. will coordinate closely with Board personnel, as the facility will be built on school property. Dr. Elizabeth M. Morgan has pledged her “full support for the efforts of the North Hagerstown High School Athletic Booster Association stadium committee,” and is “endorsing efforts to proceed with current plans of encouraging donations for the stadium.”