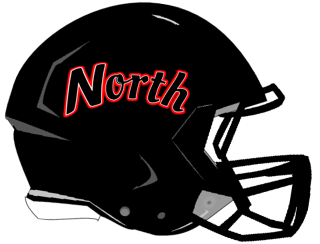 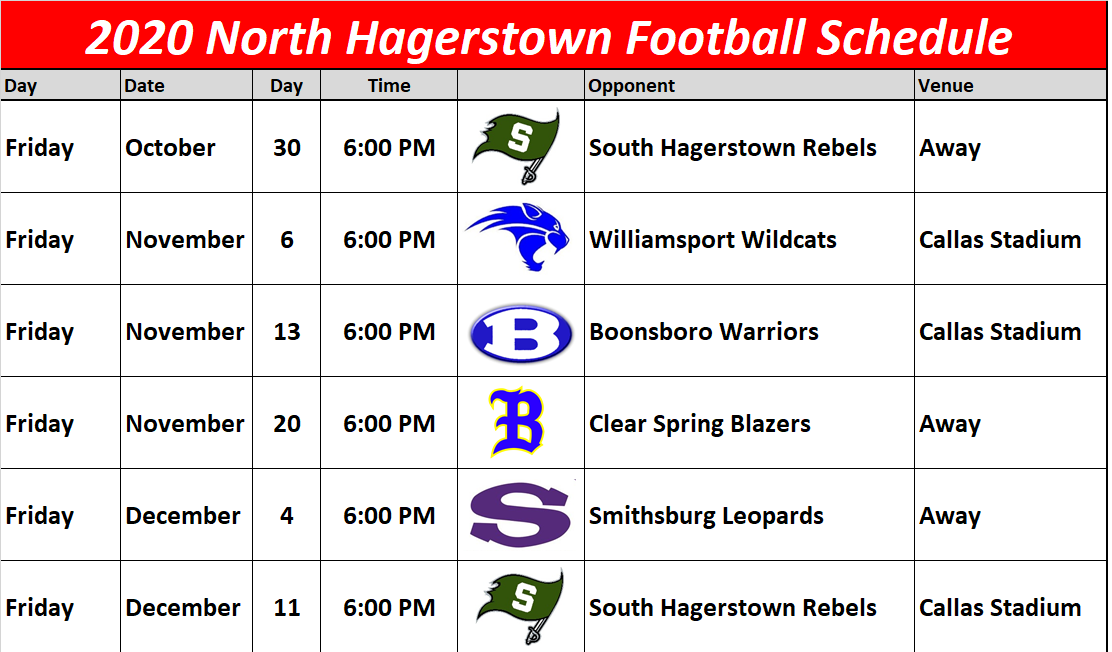 Paperwork for 2020 Season
*Please print and complete all forms below prior to first day of practice.
*All physicals need completed prior to equipment pickup. No player will practice without an updated physical.

Click Here: 2020 Mandatory Forms to be completed by Parents / Players 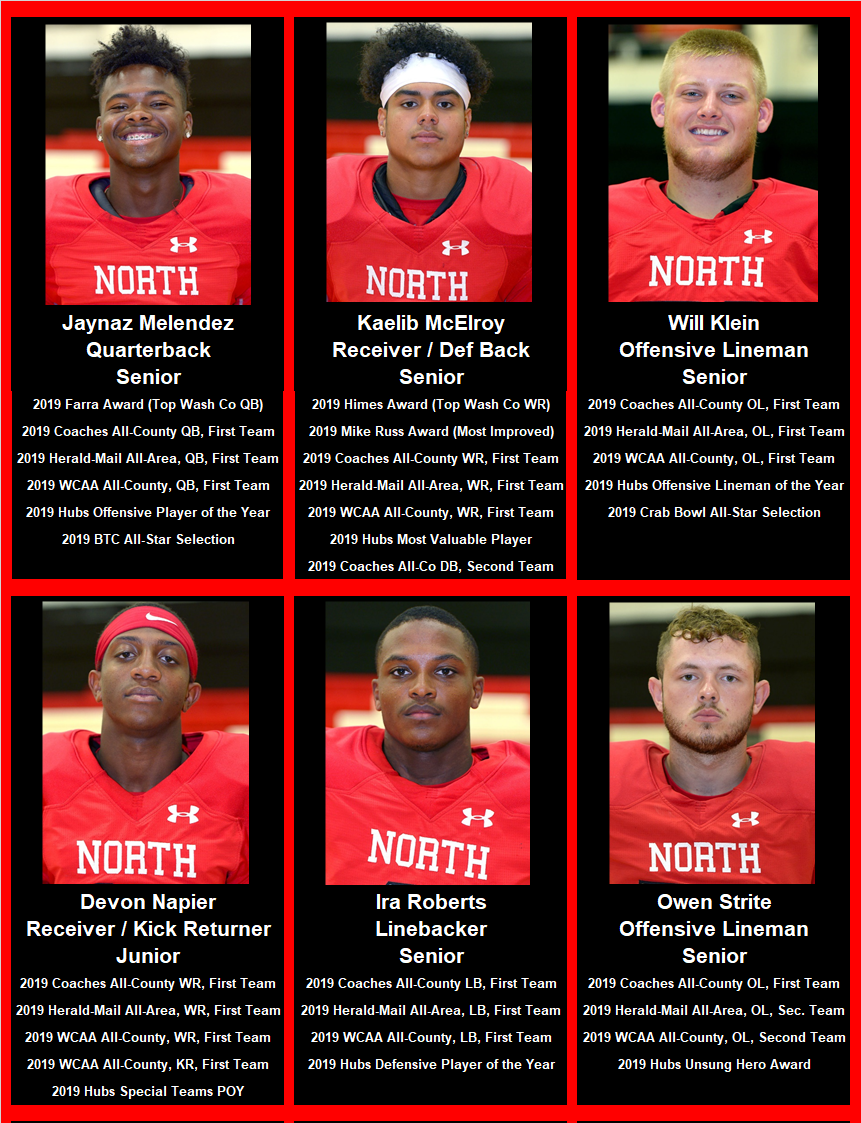 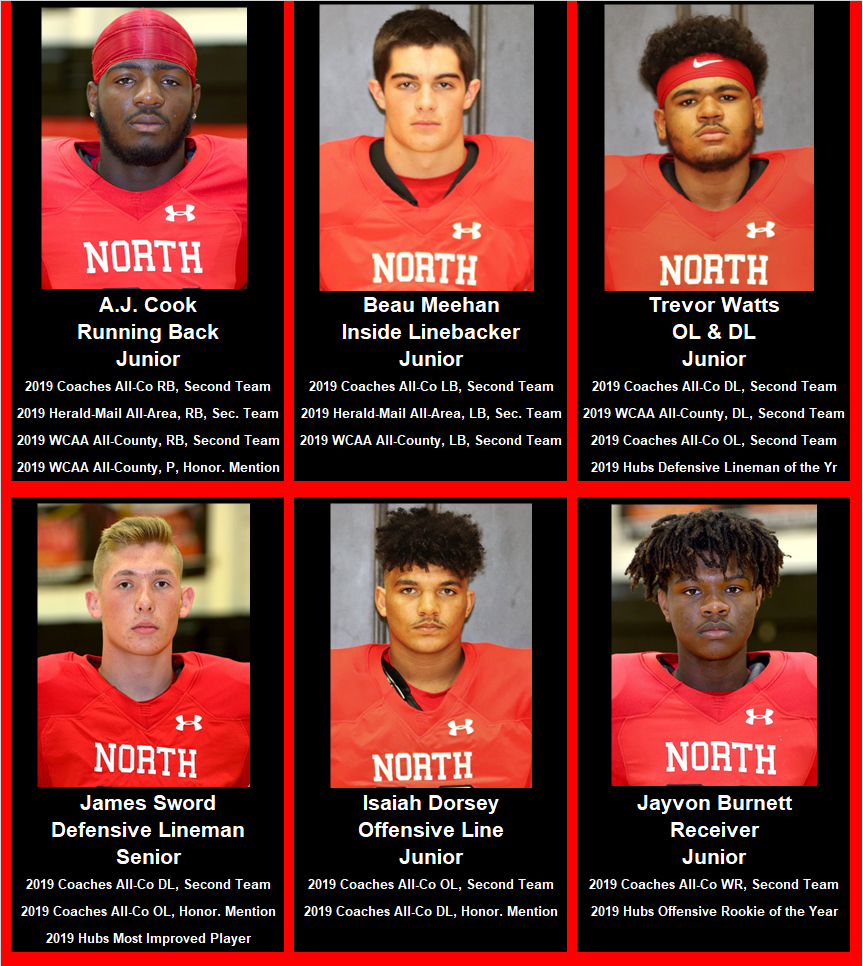 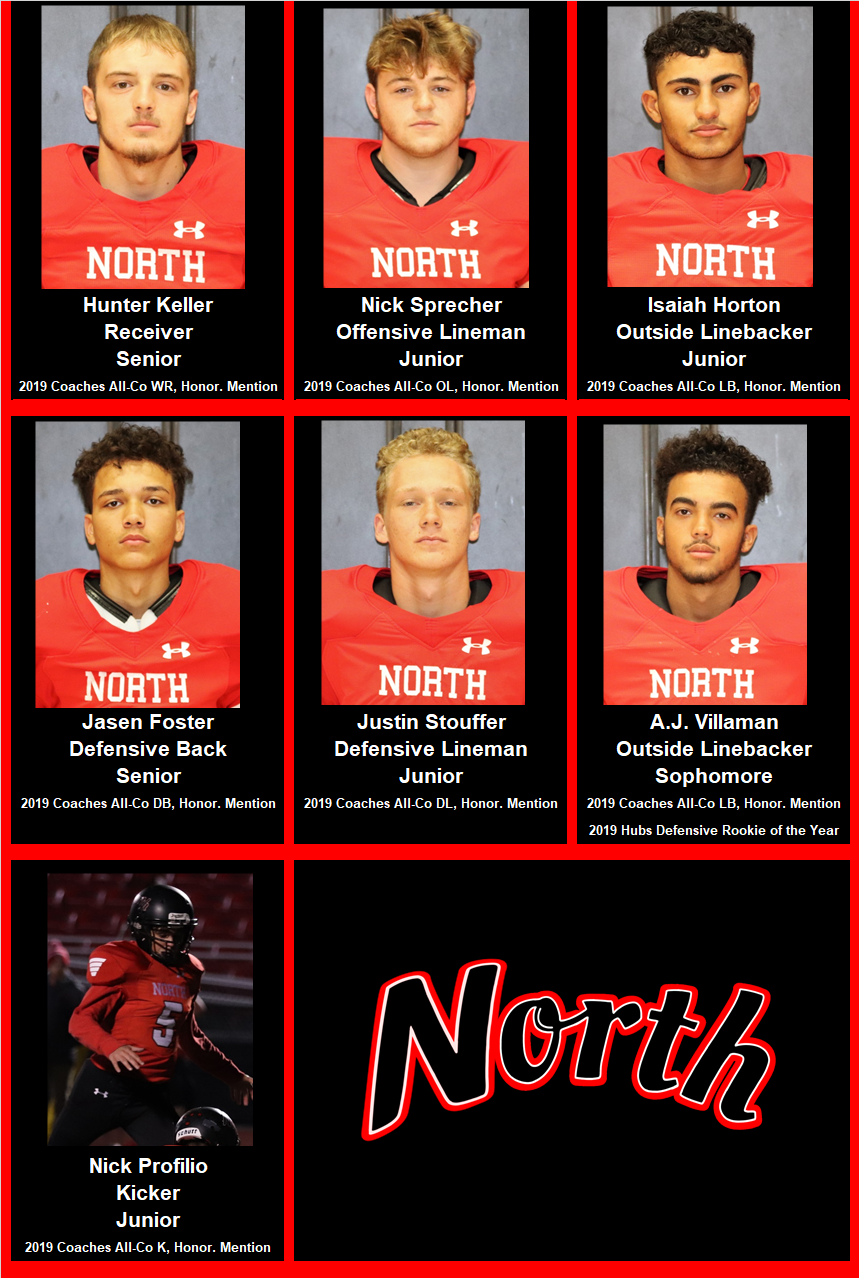 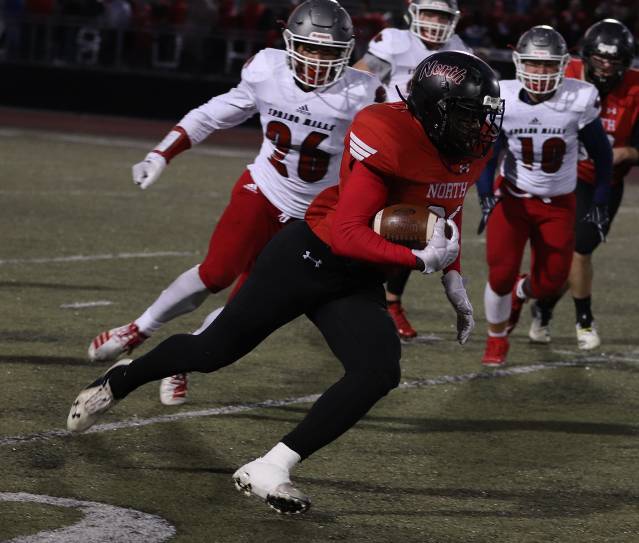 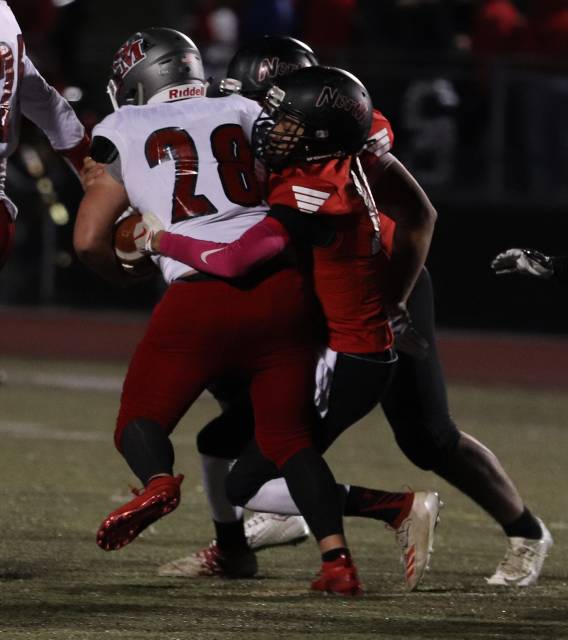 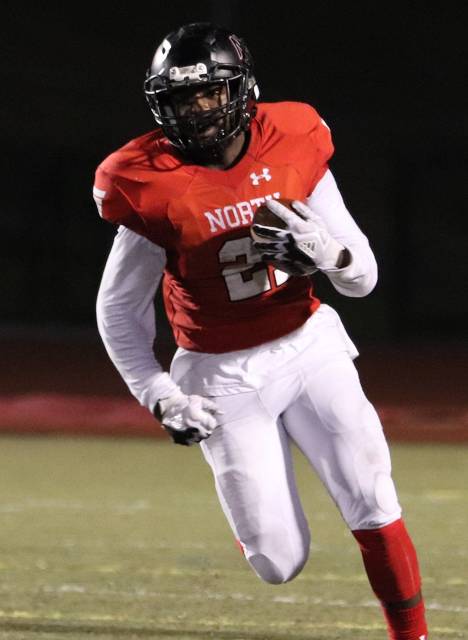 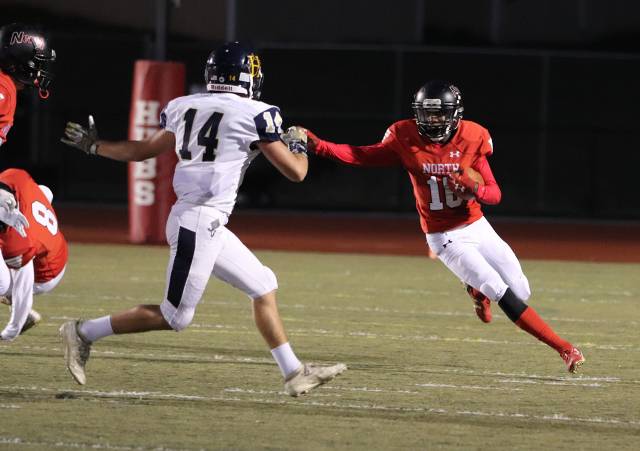 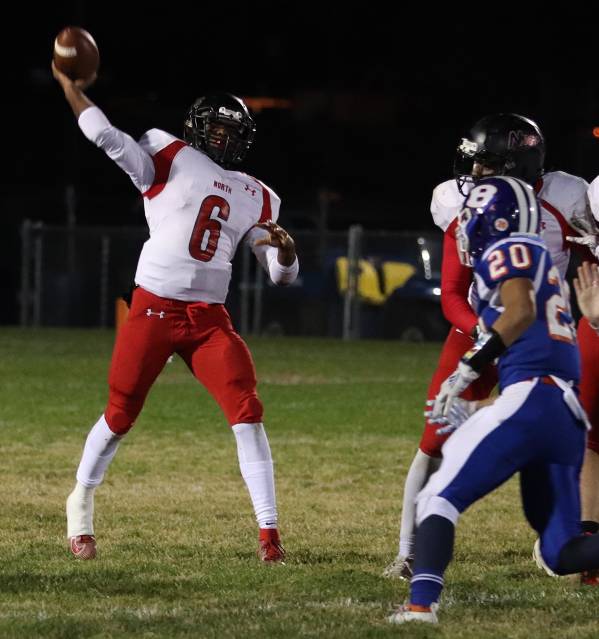 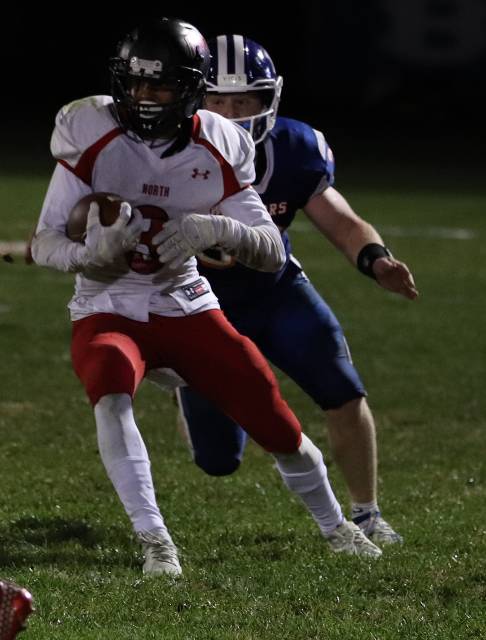 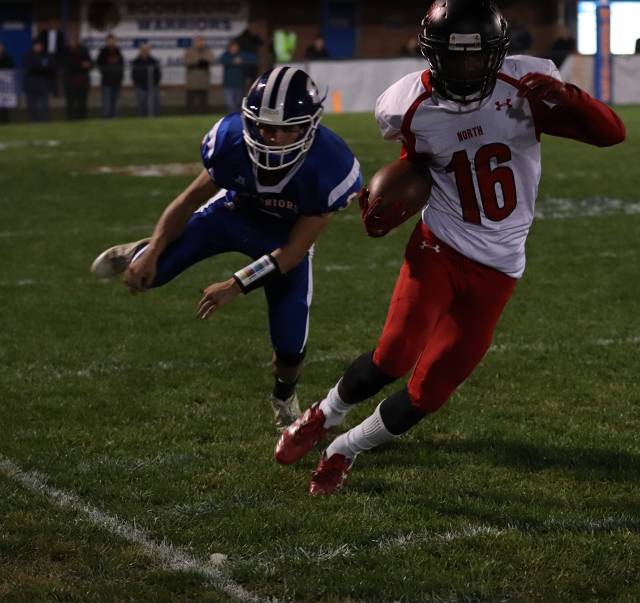 Link: Hubs use record-setting effort for epic win over Boonsboro 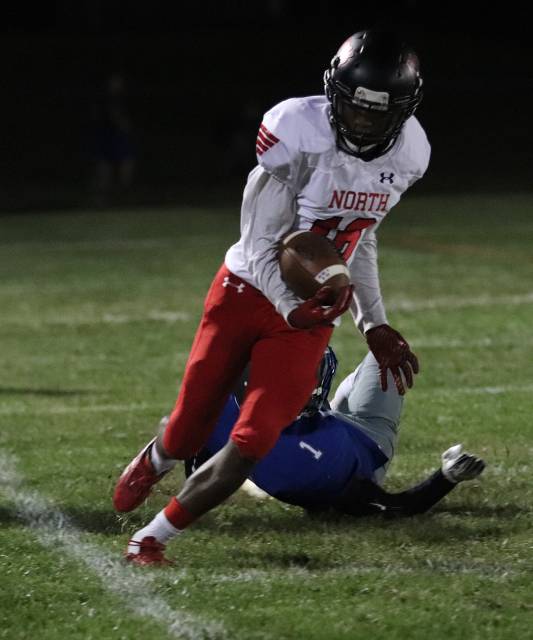 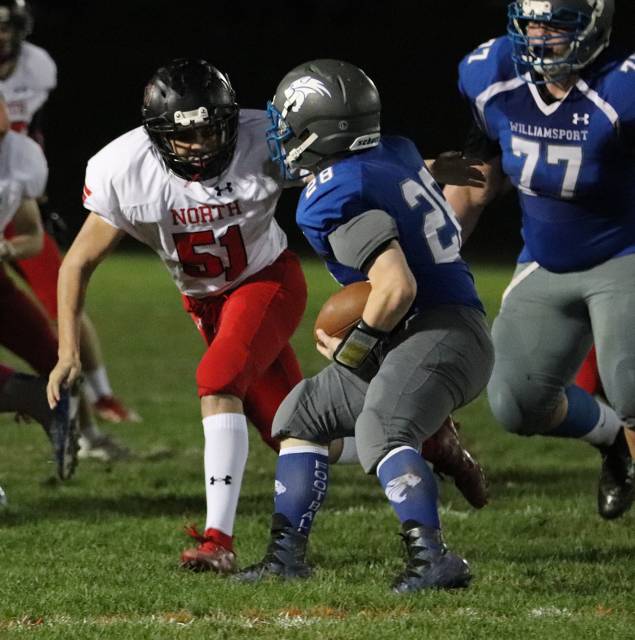 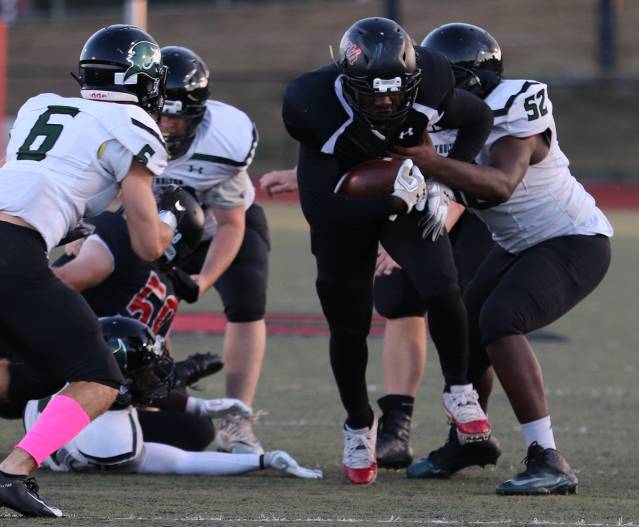 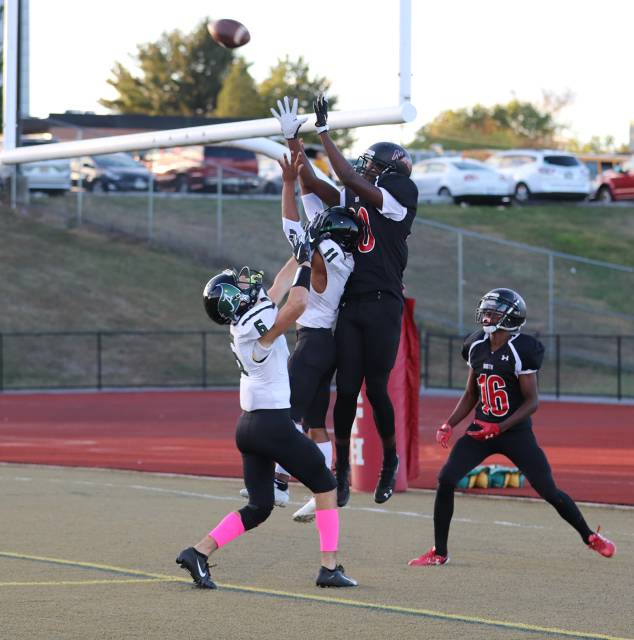 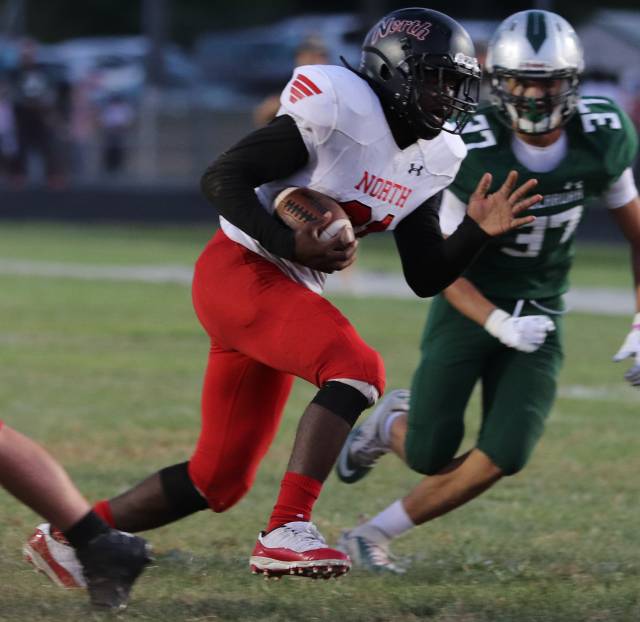 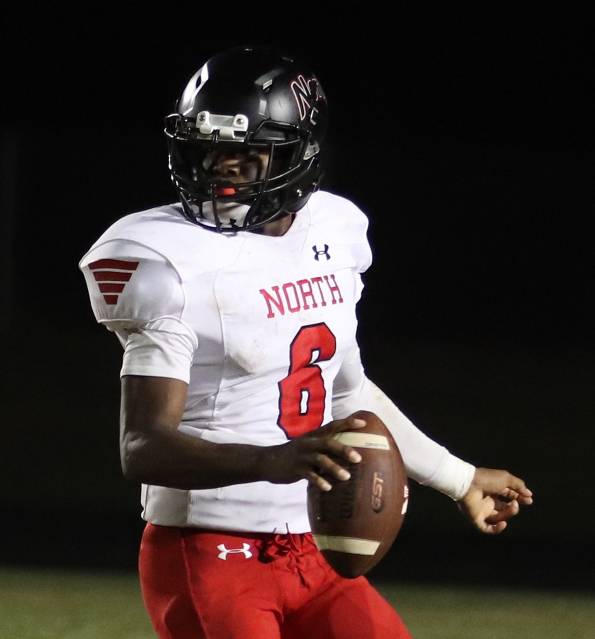 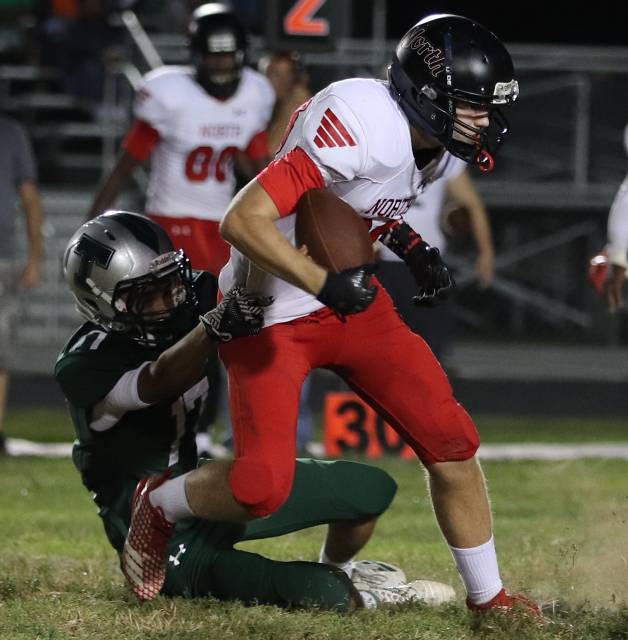 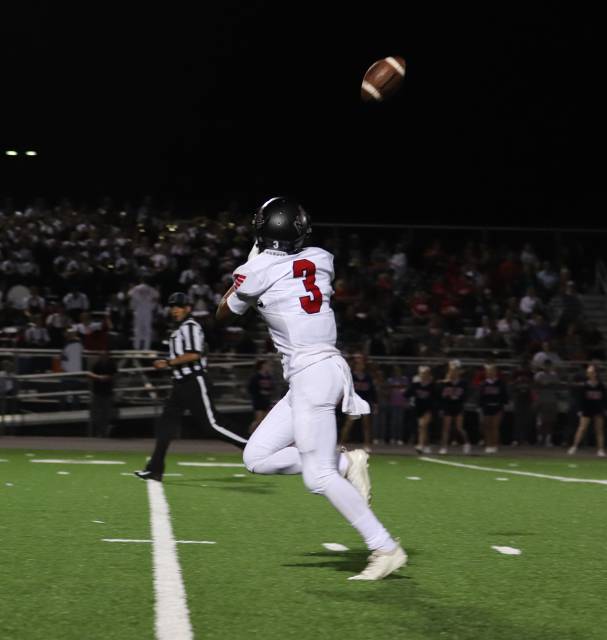 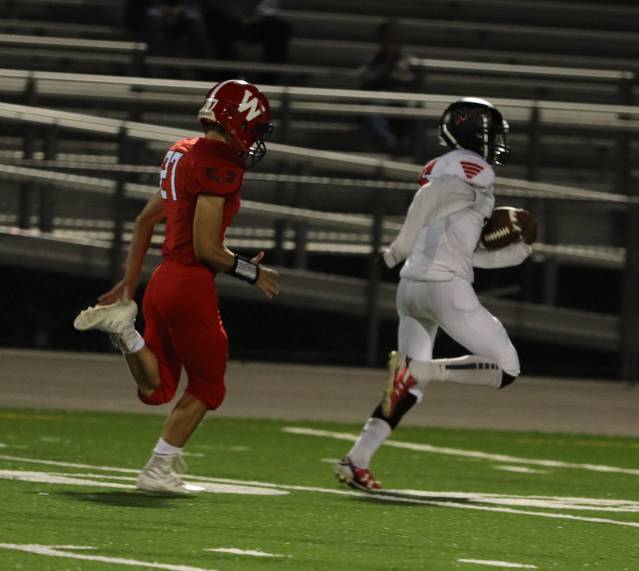 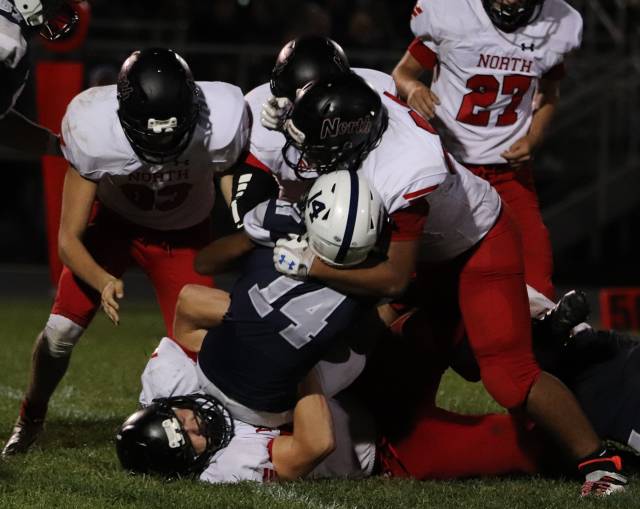 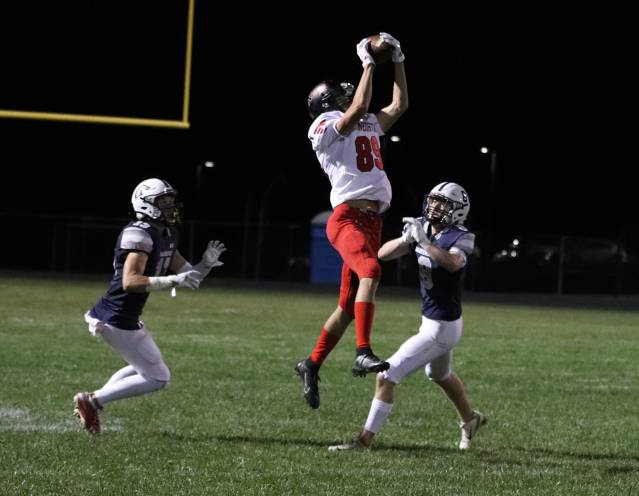 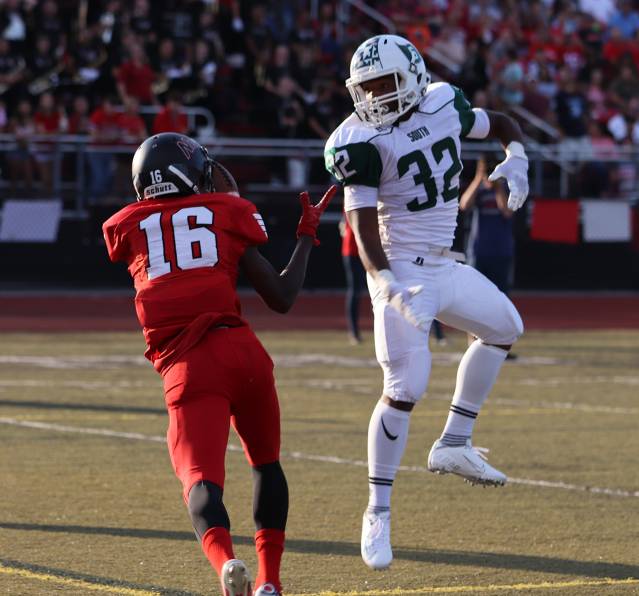 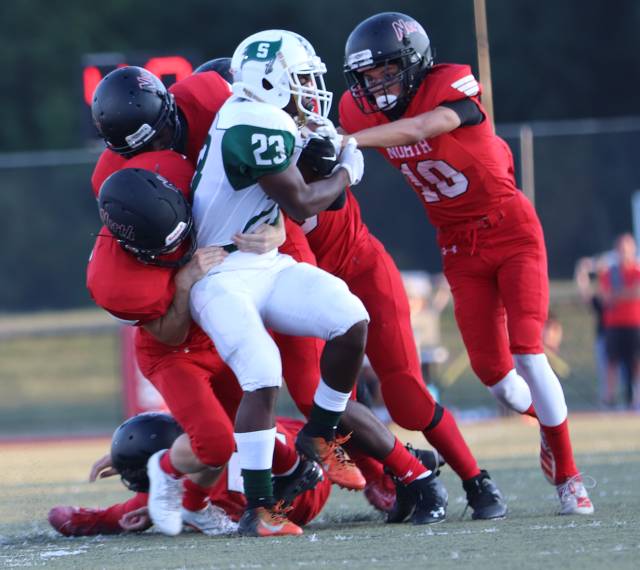 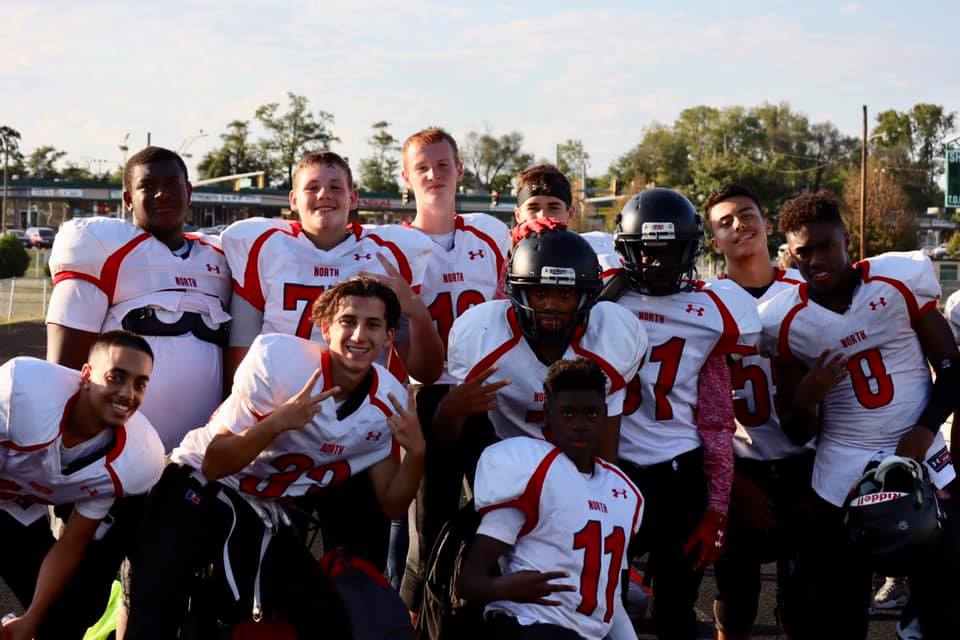 September 6, 2019---It’s been nearly five years since any North team has defeated South Hagerstown in football---a 21-12 JV Hubs win on September 22, 2014 was the last. On Friday night the JV Hubs snapped that streak with a gutsy, 7-6, season-opening victory over their archrival.

Like many of the games over the last five years, South made it look easy on their opening possession. The Rebels drove 43 yards on only five plays, capped by a one-yard quarterback keeper for a 6-0 lead. North’s Jayden Polar squirted through the line to block the Rebels extra point attempt – which would turn out to be a huge block.

A quick three-and-out for the JV Hubs gave the ball right back to South, but penalties and great tackling forced the Rebs to punt it right back to the Hubs.

The Hubs offense woke up and drove 44 yards to the South 16 yard line in 11 plays, but a Rebels interception thwarted the North scoring opportunity. Both teams traded possessions to end the half with the home team holding a six-point advantage.

On the opening possession of the second half North drove to the South 24, highlighted by a nifty 25-yard catch & run by freshman Serge Kwezituk from QB Marc Buckley. Two holding penalties took the Hubs out of the drive and backed them up to the South 40 yard line before punting.

South busted a 13-yard run on the first play of the ensuing possession, however the North defense buckled down and forced the Rebels to punt after three minimal gains.

North used two huge third-down conversions to spark them in waning seconds of the third quarter. Buckley connected with Bray Alexander on a screen play on third & six, then Kwezituk dashed 53 yards to the South three-yard line on third & four.

Buckley wouldn’t be denied—plunging into the end zone behind center Michael Ross on a QB sneak from three yards out to tie the game. Sophomore Evan Wray drilled the important extra point to give the JV Hubs a 7-6 lead heading to the fourth quarter.

In the final stanza – the Hubs defense bent but never broke. South threatened with four minutes remaining, moving the ball to the North 14-yard line. A huge penalty backed up the Rebs, then great coverage from the Hubs secondary forced three straight incompletions.

With just under three minutes left, the JV Hubs could put the nail in South’s coffin with a few first downs. The Hubs jumped on their freight train, Bray Alexander, to lead them to victory.

The Bray-Train chugged through the Rebels defense on five straight runs—two for first downs—to give North the one-point road victory.

Alexander led the Hubs with 55 rushing yards on 19 carries, but none were bigger than his final 24 yards in the last three minutes of the game. Serge Kwezituk added 71 total yards, while Buckley finished 7-for-14 for 70 yards and added a TD run. The Hubs outgained South 182-120 in total yards.

On defense Alexander also led the way with six tackles, while Jayden Polar had five and Michael Ross and Fletcher Lewis chipped in with four tackles each.

The JV Hubs (1-0) will have a short turnaround heading into their next game as they face Manchester Valley on Wednesday at home. A 5PM kickoff is scheduled at Callas Stadium. 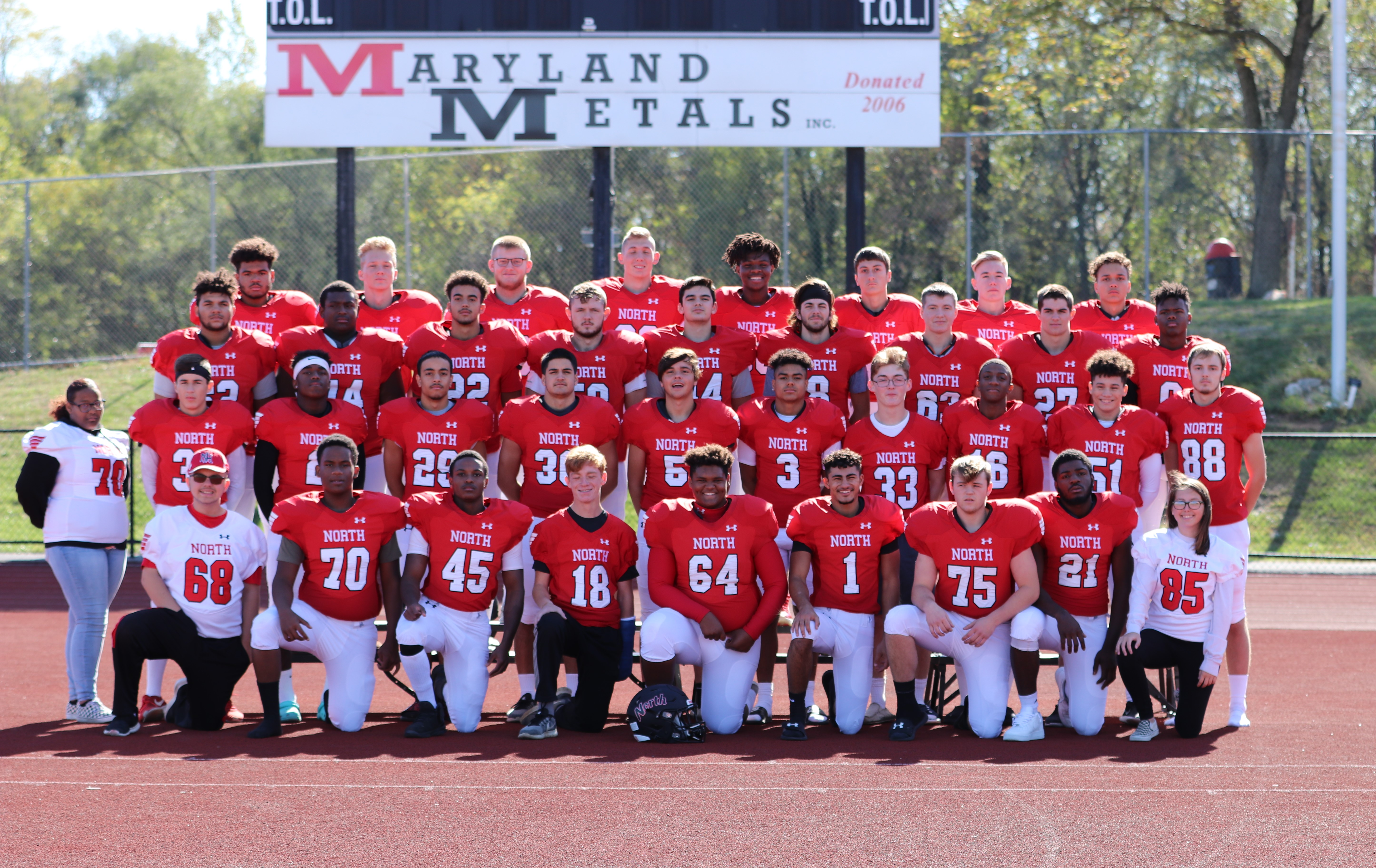 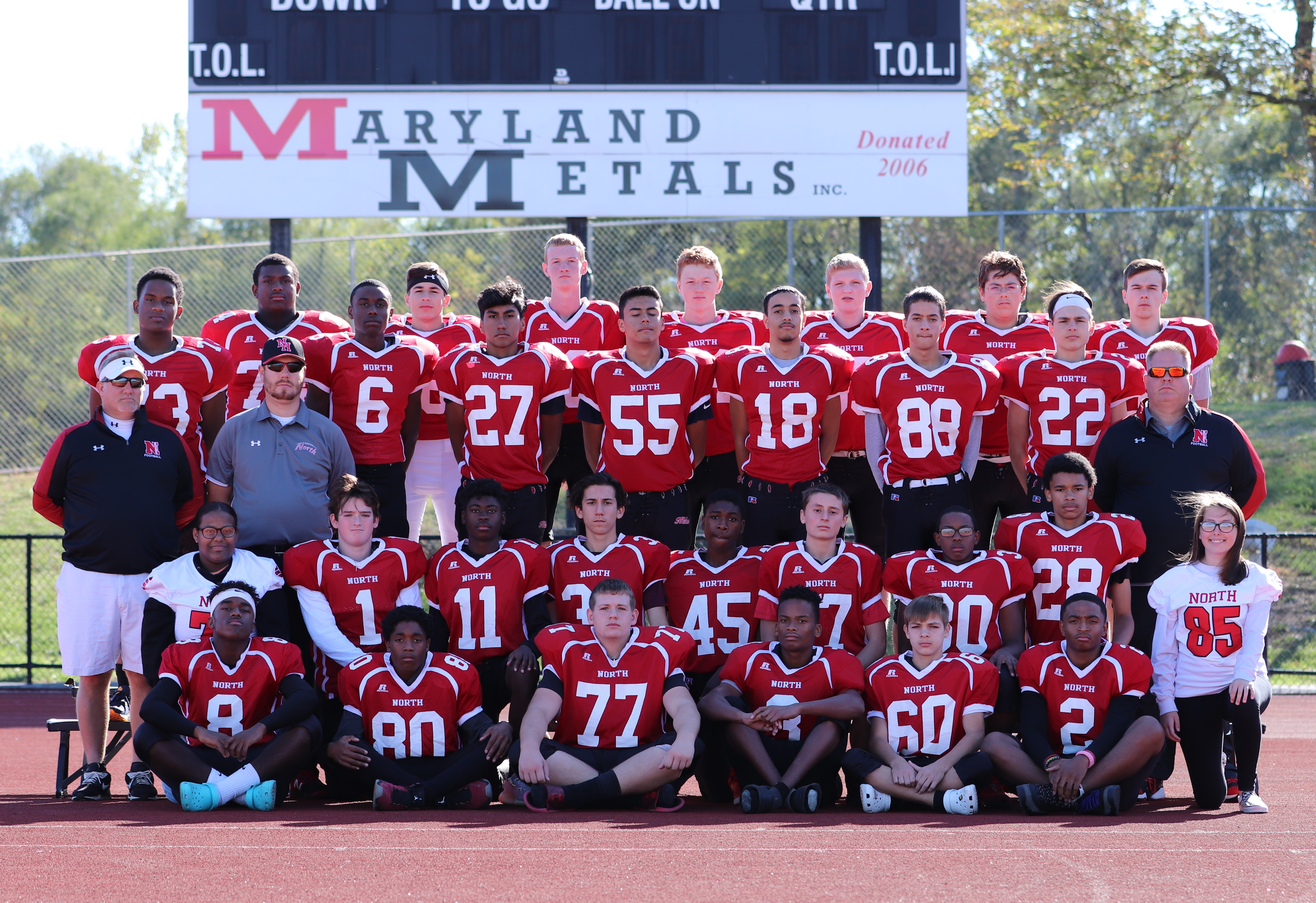