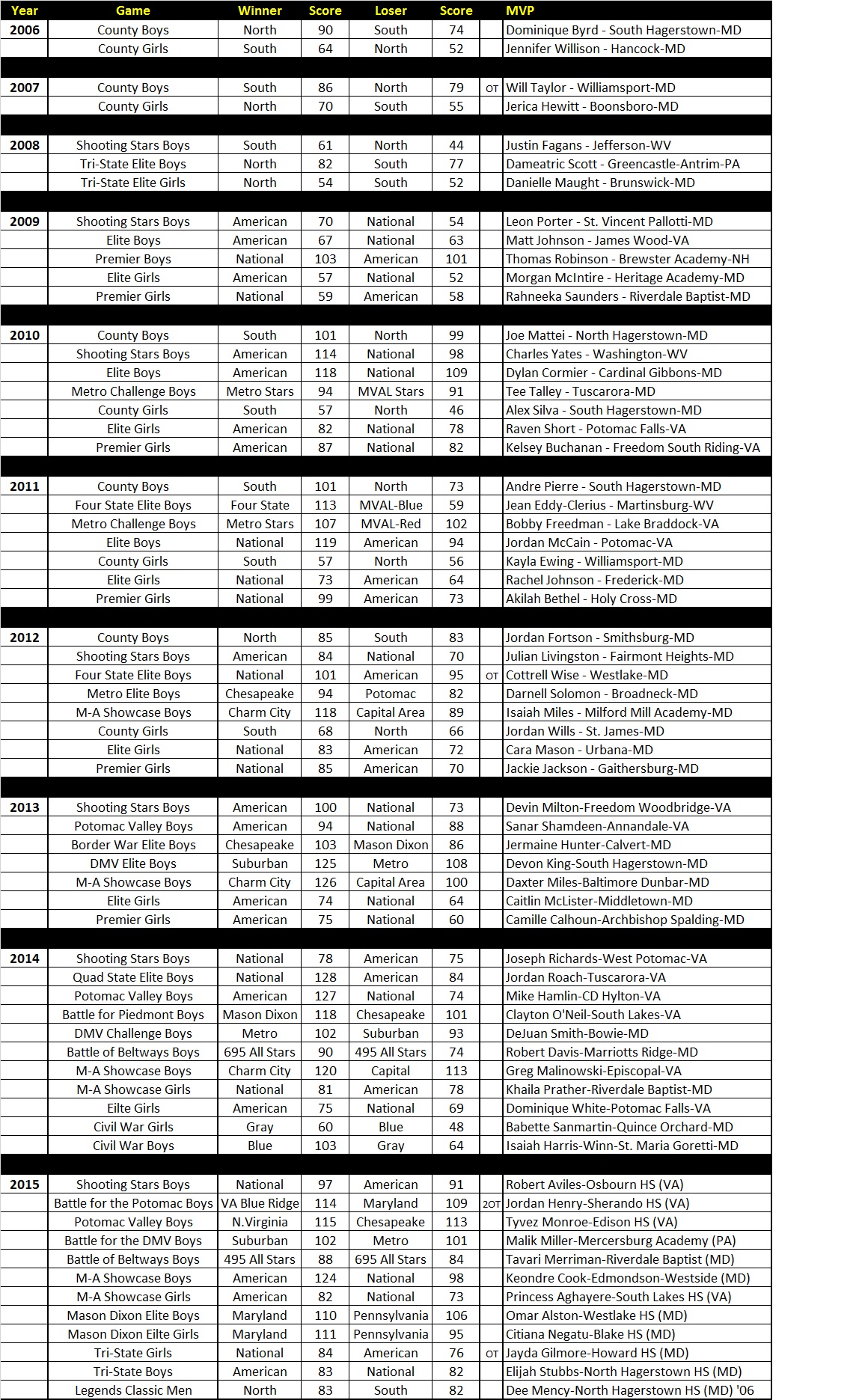 November 2007
Talks begin with McDonald's about expanding the event to include West Virginia, Pennsylvania, and Frederick, Carroll, and Allegany Counties in Maryland.

January 14, 2008
The 2008 McDonald's Roundball Classic officially expands to include over 36 schools in seven different counties in three states.

March 21, 2008
The third McDonald's Roundball Classic is held on Good Friday at Hagerstown CC. Well over 1000 people attended to see the North girls pull out a 54-52 victory over the South. Brunswick senior Danielle Maught is named MVP. The South boys net a victory in the Shining Stars game. Jefferson (WV) senior Justin Fagan is named MVP. Greencastle's Dameatric Scott is named MVP for leading the North to a 82-77 victory in the Tri-State Elite Game.

May 2008
Event Director Dave Foltz decides to turn the 2009 event into one of the top high school all-star basketball events on the East Coast. The '09 Roundball will have five all-star games, including a boys and girls game with Division-I bound players.

January 2010
Buffalo Wild Wings agrees to be the exclusive sponsor of the 2010 Roundball Classic.

March 20, 2010
The fifth edition of the Buffalo Wild Wings Roundball Classic is held at Hagerstown CC. All five all-star games are close and high scoring to give the 1000 fans a treat.