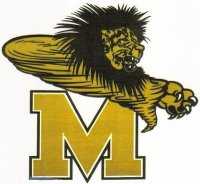 Peabody, MA: Jumping out to a 20-5 lead after 1 quarter, the Malden High Golden Tornadoes basketball team had to hold on for 64-61 win at Peabody to improve to 3-1 on the season and 2-1 in the NEC.  Once again, the team was led by senior captains Tyler Holness and Fern Berard. Holness scored 24 points and added 7 rebounds while Berard nearly had a triple double tallying 17 points, a career-high 14 rebounds and 7 assists. The game was not sealed until Holness stole the Tanners inbound pass and dribbled the length of the floor to run out the clock.

"We got off to such a great start and shot the ball so well in that first half." Malden head coach Don Nally said after the win. "We got a bit too complacent in the second half and had to hang on at the end."
Malden converted 9 of 22 from beyond the arc, with 8 coming from three players. Holness and Berard combined for 5 three point field goals and sophomore forward Cameron Lloyd continued his hot outside shooting on the season by converting three of his own long distance shots.  Lloyd, on the season, has hit 9-18 three point shots on the season and has become the team's instant offense off the bench.
"Cam can really shoot the ball." Nally said. "I think, with our ball movement, he is able to get a lot of open looks which is why he is shooting at such a high percentage."
At 3-1, the Tornadoes will close out the 2017 portion of their schedule this coming Saturday evening when they travel to Springfield to take on West Springfield High School.  The game time is set for 5:30.

Revere, MA: Shooting 50% from the field and hitting a season-high 12 three point field goals, the Golden Tornadoes rolled to an NEC road win, 75-52 at Revere.  Senior Tri-captain Tyler Holness led the way with 22 points, including 4-7 from long range, to go along with 6 assists.  Tri-captain Malik Bissett chipped in with a career-high 11 points to go along with 5 rebounds for the Tornadoes.

Malden scored 51 points in the first half on their way to a 31 point lead, 51-20 at the half.  The Tornadoes defense forced 11 turnovers and hit 9 first half three point field goals.  Sophomore forward Cameron Lloyd had another stellar performance off the bench, chipping in with 9 points on 3 of 5 shooting from 3pt land.  The win marks the first Tornado win in the NEC, in this their inaugural season.  The team now stands at 2-1 (1-1 in NEC) heading into Thursday night's match-up in Peabody.  Malden then travels to Springfield for a non-league game before the holiday break.

The Malden Golden Tornadoes kicked off the 2017-18 season with a split, winning their first before dropping their inaugural NEC league game to Lynn English on Friday night to open the season 1-1.  Coach Nally's squad has to be pleased with their effort so far, however, as they adjust to a team that features 9 new players.

"I am really happy with how our team is coming together so quickly." Coach Don Nally said after the Lynn English game. "We came out strong against against Triton and, tonight, we were in the game throughout and had a chance to win the game with 2 minutes to go.  Can't ask for much more than that."

Against Triton, Malden got scoring from 10 of their 12 players including double digit totals from two bench players, Cameron Lloyd (12 pts) and Christian Monahan-DaSilva (10 pts) in the team's 84-53 home victory.  Senior tri-captains Fern Berard (18 pts) and Tyler Holness (16 pts) provided the bulk of the scoring for the starters as Malden rode a 21 point halftime lead to an easy opening night victory.

On Friday night, the Tornadoes faced one of the NEC's top teams in Lynn English.  English used their superior height advantage to hold the lead for much of the game.  Malden, once again behind Berard (20 pts) and Holness (17 pts) fought back to tie the game at 59 with just over 2 minutes to go.  When Berard fouled out with 2:03 to go, the Tornadoes were unable to overcome the loss of their sharp shooting captain, allowing 9 straight Bulldog points to fall 68-59.  Malden will now be on the road through the rest of the 2017 portion of their schedule.  The team will travel to Revere on Tuesday night, Peabody on Thursday night and close out December with a long road trip to the National Basketball Hall of Fame in Springfield, to take on Springfield High School.