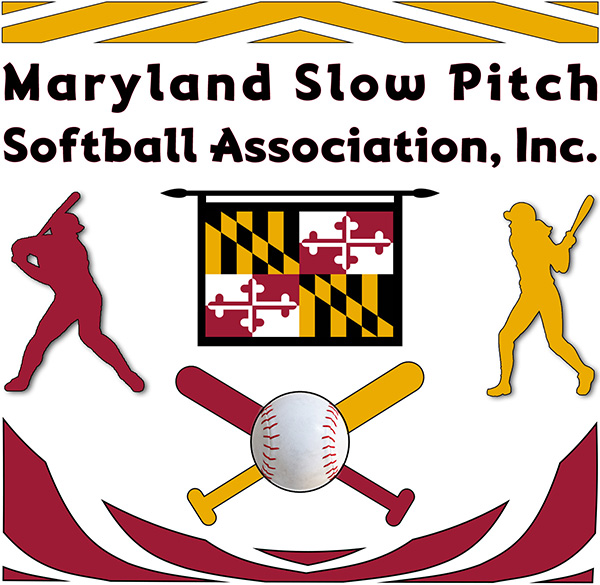 MDSPSA First Board of Directors 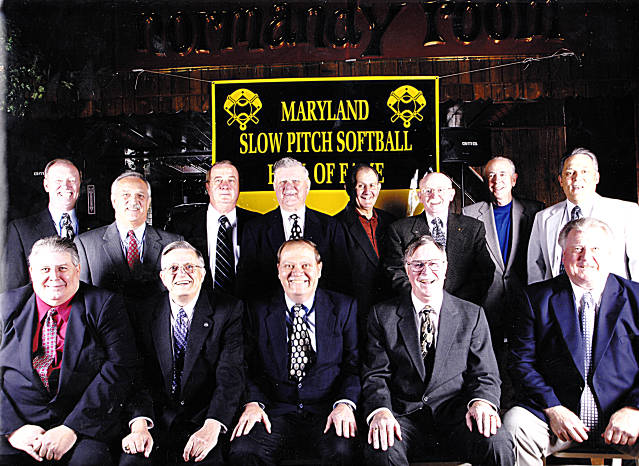 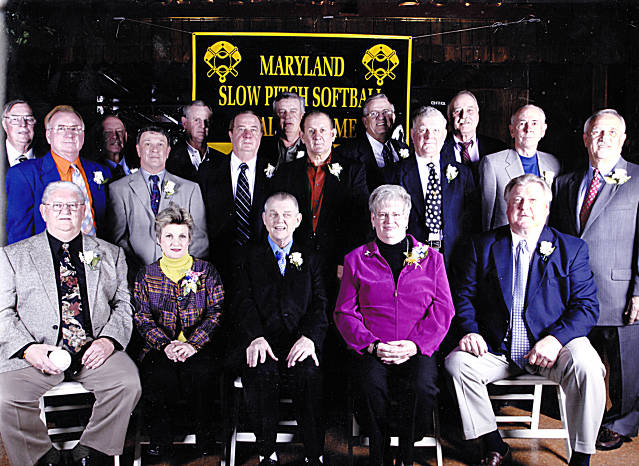 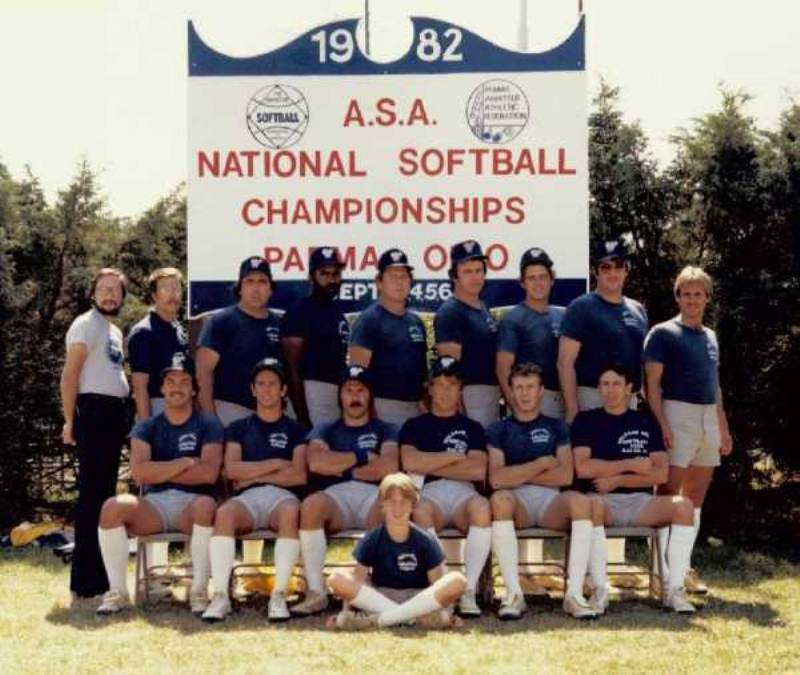 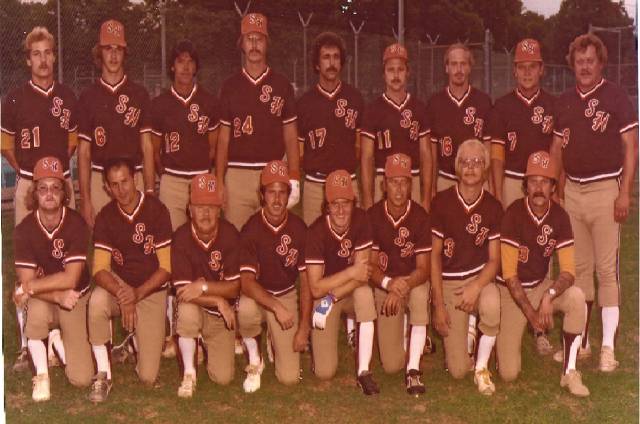 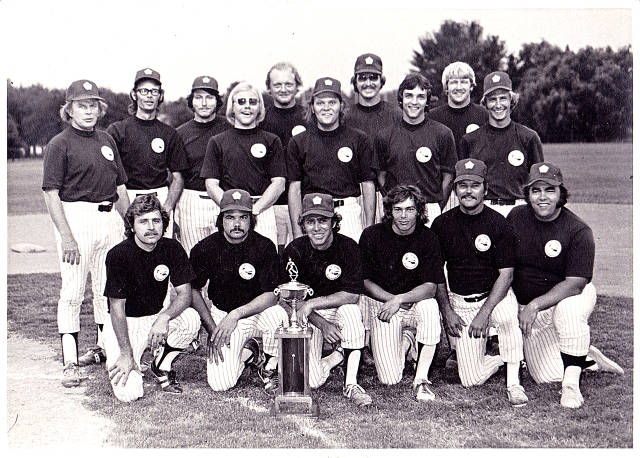 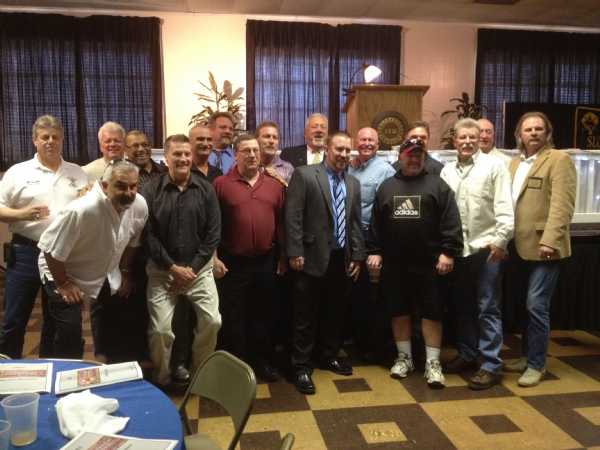 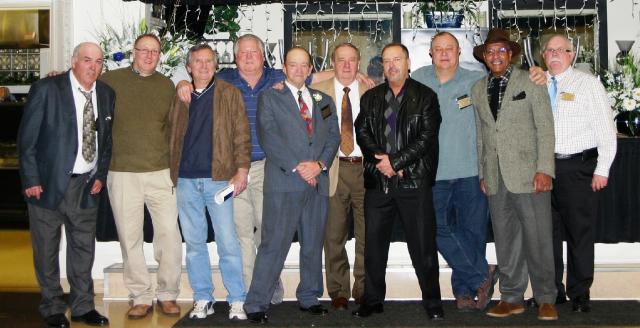 "This award was established to honor the memory of Charles Phoebus, a founding member of this
Association and its Hall of Fame, who passed away in June of 2008.

The recipient of this award is recognized and honored for exceptional dedication, service, support and
promotion of the ideals of the Association, and for personal contributions to slow pitch softball in Maryland
but is not eligible for Hall of Fame nomination under any of the prescribed criteria for nomination under
ARTICLE XII.
This award is not necessarily an annual award but is presented only to that exceptional individual who
possesses the rare qualities and personal attributes this award represents." 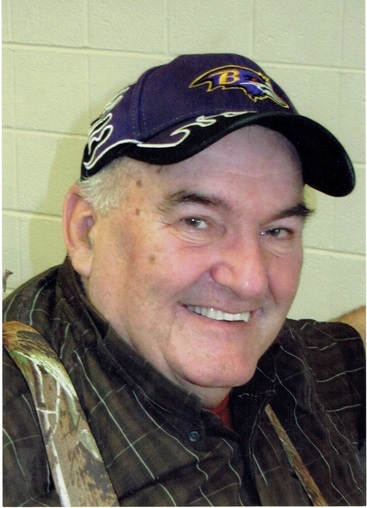 Lee Hood currently is the Site Supervisor for the Bachman Sports Complex, Department of Recreation and Parks, Anne Arundel County, Maryland.  Lee has been at Bachman since it opened in 1998, and an employee of AA County Recreation and Parks since 1996.  That was the year Lee was inducted into the Anne Arundel County Sports Hall of Fame as an Administrator.  Don Brooks, then a Director with AA Recreation and Parks and now a National Director for Senior Softball-USA, attended that ceremony.  He immediately offered Lee a part-time job as a Site Supervisor at Upton Fields (now Randazzo).  Brooks had hired Lee in  the late 1970's as a gym supervisor.  The rest is history as they say.  Lee has maintained several other fields throughout AA County, including the fields at Old Mills for many years.  In 1972, he was the Junior Commissioner for the State of Maryland's Girls' Soccer Program.  For 14 years, Lee oversaw the Girls' Youth Soccer Leagues at Little Flower Catholic School.  He was instrumental in developing a Co-Ed volleyball league in the county, and oversaw basketball, baseball and other sports leagues.  Lee has been a dedicated public servant, always going above and beyond his required duties.  As a result, he has enabled tens of thousands of people in Maryland and from around the country to participate in and enjoy sports, especially slow pitch softball.

At Bachman, Lee works tirelessly to ensure that the nightly softball leagues for Seniors, Men, Co-Eds, and Women are an enjoyable place to play.  The same is true for the many weekend tournaments held atBachman throughout the season.  Lee makes sure that the fields are in the best playable condition, and that the needs of all of the participants are met. Josh Thomas, Bachman's Maintenance Supervisor, describes Lee as "always humble, putting softball and the needs of others first".  Thomas further stated that "Lee is usually the first person there and the last one to leave the fields.  He literally locks the gates at night.  He is willing to do whatever is necessary, whether it's trash collection, providing water in the dugouts, and just keeping the park clean for our guests.  You will often find him at Bachman on his days off, making sure things are running smoothly and pitching in wherever necessary."  Brooks echoed Thomas' remarks and noted that "whenever I needed someone to go beyond the call of duty, Lee never hesitated to help, and his meticulous attention to detail and his dedication to complete the job at hand never waivered.  I consider Lee to be a good friend, and his receipt of this prestigious award is very deserving and appropriate".

Lee notes that he has always loved slow pitch softball, beginning as an assistant coach and scorekeeper for teams such as Betty and Jake's, and National Fitness.  With his knowledge of the game and his ability to assess players and teams, Lee is often a good resource for managers and coaches willing to seek his opinion.  His greatest joy, says Lee is "just being around the game and all of the players, and the many, many friendships I have made over the years".  In all respects, Lee Hood is a true ambassador for slow pitch softball and is most deserving of the Charles C. Phoebus Award for his enthusiasm and dedication to the game.

Lee and his late wife Catherine were blessed with two children, Thomas and Emily.  Lee resides in Glen Burnie. 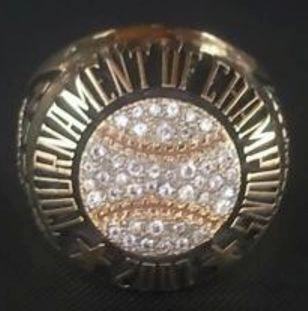 Congratulations to Lew's Crew 40+ Women, winners of the Tournament of Champions in Orlando! 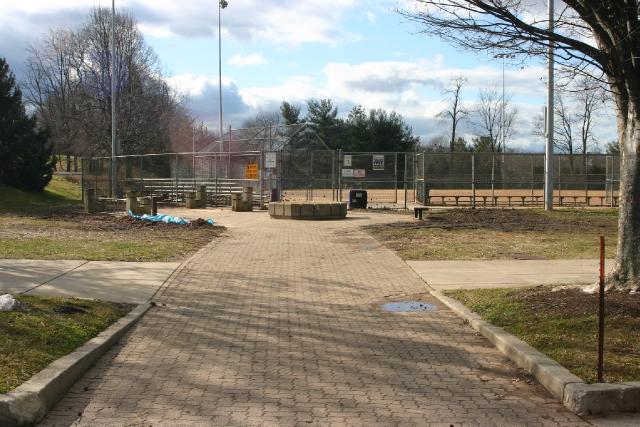 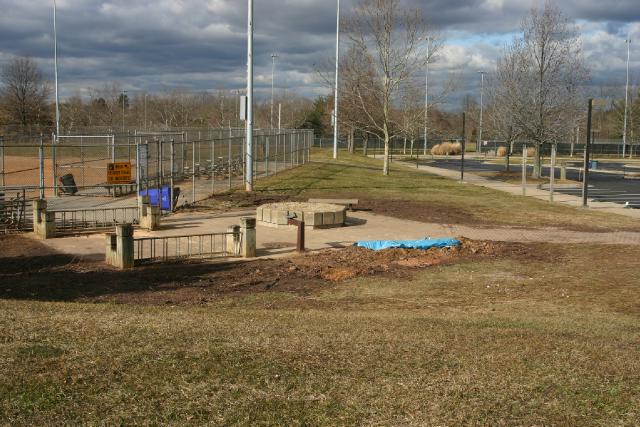 Ground has been broken and work has begun on the Lew Oppenheimer Memorial Garden at Cedar Lane Park.
The garden, located at the entrance to Cedar Lane Park Field #3, will feature the park bench donated by the
Maryland Slow Pitch Softball Association surrounded by six varieties of flowering shrubs and trees. 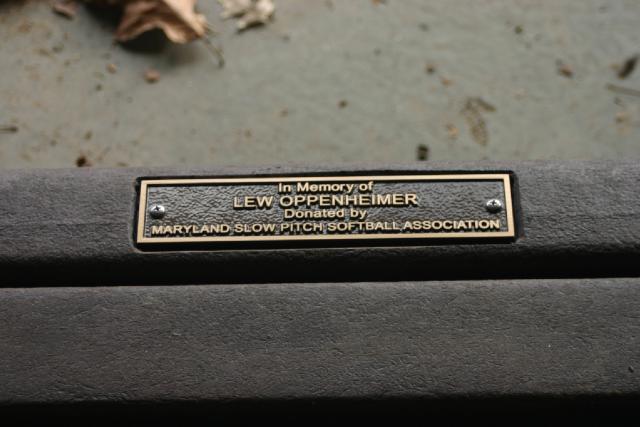 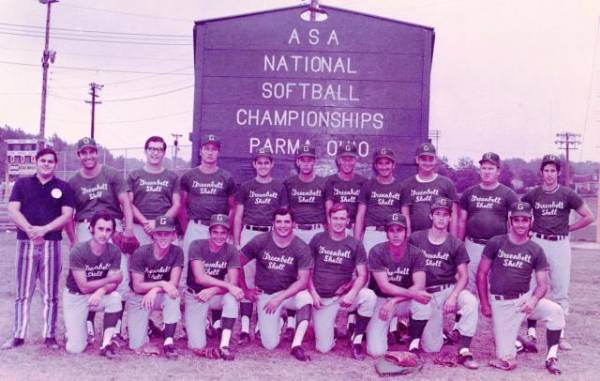 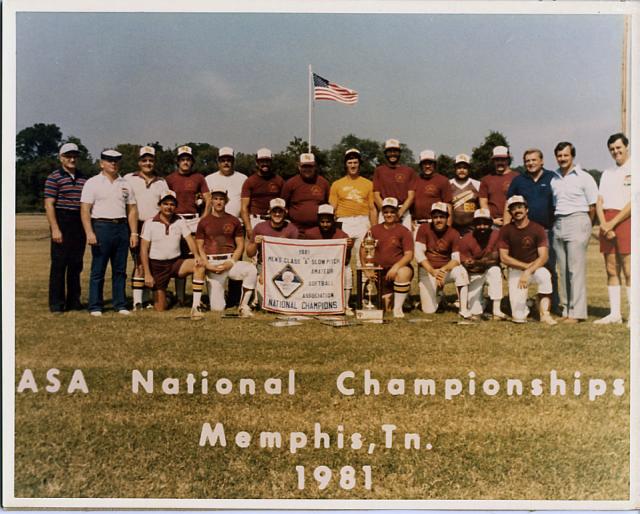 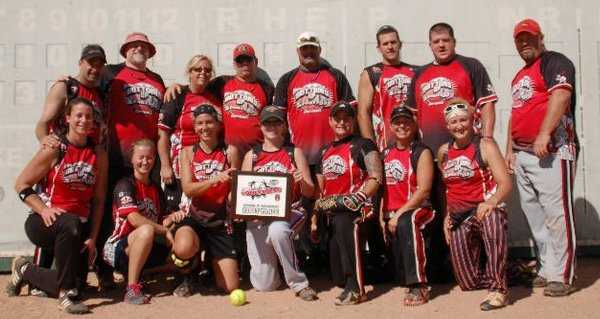