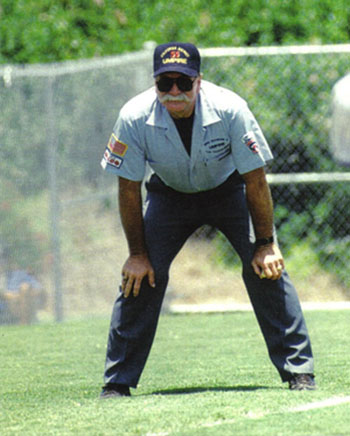 The John W. Coffey Award was established in 1997 by Earlene Coffey. It is presented annually to honor a volunteer umpire within District 31 who by their effort, respect and dedication, reflect the standards established by the late, former District 31 Umpire-in-Chief, John Coffey.

Even after many years of service to Little League Baseball, John continued to seek improvement for himself. And whether it was by his instruction or the example he demonstrated on the field, he was instrumental in the development of any umpire who sought his advice.

This scholarship award seeks to perpetuate the dedication, respect and commitment John epitomized each and every time he umpired a Little League Baseball game.

Honorees are selected by the Coffey Award Committee. In recognition of their accomplishment they receive tuition to a Little League Baseball Umpire training event as well as umpire gear. 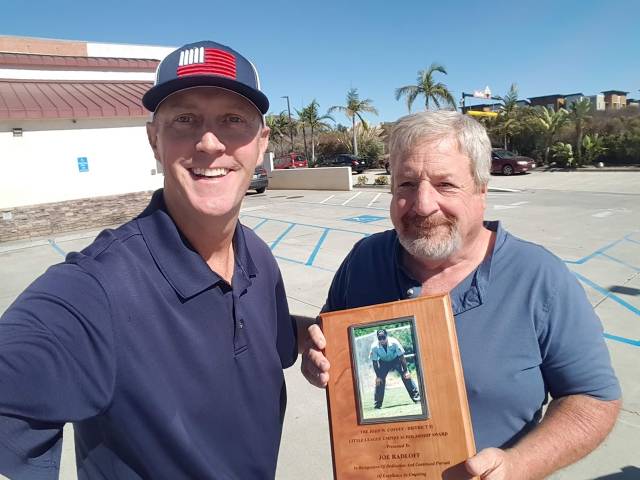 Congratulations to Joe Radloff of Escondido National Little League for receiving the award for 2019!

Past Award Winners include:

"A very prestigious award in our district. John was a great umpire and a better person. Each of us whether we knew him or not takes a little bit of him on the field each time we work." - Mark Bernstein, CA-31 Umpire Consultant