1- Time limits will be 50 Minutes. or 5 innings (when a full inning has ended, if there is any time left on the clock, the next inning will be played - the clock is started on the first pitch of the game).  If game is tied when time expires or after 5 innings, 1 extra inning will be played.  If it is tied after 1 extra inning. the game will end in a tie.  There will be No new inning after 50 Min.

2- Ten run rule will apply after 3 1/2 innings, 4 innings constitutes a complete game when delayed or called because of inclement weather.

3- There will be no infield fly rule.

4- You will make your line up for your 1st game and use that line up for entire season.  Example in game 1 if your 10 th batter was your last out of game,  on game 2 you will start your 11th batter as lead off.  This way everyone gets equal batting time.

6- All base runners must stay in physical contact with the base until the pitched ball reaches home plate.

9  Runners are allowed to advance one base on an overthrow.  No runner can steal home, even on overthrows at any base on trying to throw a base runner out.  All runs will be scored by balls batted into fair play.

10 To stop the base runners, the defense must get the ball within the infield.

11- Any defensive player that has the ball under control can stop play provided they are in the infield.

12- Pitching will be done by a pitching machine.  Pitching machine will be placed 46 feet from home plate, and set on 40 mph. DO NOT ADJUST THE SPEED!!  The pitching machine will be fed by the coach.  The defense must hand the ball to the Coach after the defense has controlled the ball within the defensive circle.  The Coaches will keep track of outs, and balls pitched through machine.  The team listed as home in the 1st game is in charge of setting up the machine.  The team listed as visitor in the last game must put the machine and EXTENTION CORDS away.

13- The coaches shall make any physical adjustments to the positioning of the pitching machine during the game.  All adjustments shall be made at the beginning of the inning unless the machine has been hit. If the machine is obviously pitching balls wildly, ask the opposing coach for permission to adjust it. The idea is not to be adjusting it for each batter because they like the ball in a certain spot.

14- When the pitching machine has been hit by a batted ball or by a ball thrown by an infielder attempting to make an initial play on a hit ball, the play shall be designated as a dead ball single.  All runners shall advance one base from their original position.  The batter shall be awarded first base.  At this time, the pitching machine may be verified by the coach.

16- Teams must field 1 pitcher, 1 catcher, 5 infielders and 3 outfielders at all times.

17- All teams shall field 10 players defensively.  If a team can field only 8 players there will be no forfeit, but an out will be charged (the out being charged rule can be waived by the opposing coach).  If a team begins with 9 players and loses one due to injury or other reason, no out will be charged for the missing player's spot in the batting order. If both coaches agree, you can play all the kids on defense BUT the extra defenders MUST all be in the outfield.

18- Teams may score only 5 runs per inning for the first 4 innings.  In the 5th inning, there will be no restriction on the number of runs that can be scored.

19 Teams must submit a lineup of the entire roster.  You must have a score keeper in the booth, or it will be a forfeit.  All players will bat and we will have open substitution at the beginning of each inning when on defense.

20 All players take turns sitting on the bench while on defense. No player can sit on the bench twice before everyone has sat one time (exception - injury)If you have 12 players, 10 are on the field and 2 on the bench. 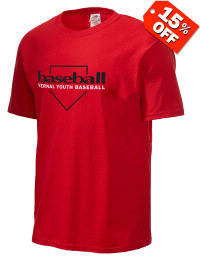 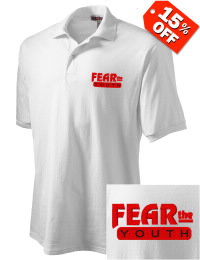