Ryan Thomas is a 2018 recipient of the Tommy Dell Scholarship.  Ryan wrestled for the Manchester Wrestling Program from 2005 through 2014, before moving on to wrestle for Loyola High School.  At Loyola, while wrestilng in the MIAA Tournaments, he placed 5th during his freshman and sophomore years; and 6th during his junior and senior years. During the private school state tournaments, he placed 5th as a freshman, 4th as a sophomore, 8th as a junior, and 7th as a senior. Ryan was rookie of the year at Loyola after his freshman year, and became a team captain during his junior and senior years at Loyola. Ryan completed his career at Loyola with 119 wins. Ryan will attend Loyola University in the Fall 2018. Congratulations to Ryan on receiving the 2018 Tommy Dell Scholarship!

Troy Warner is a recipient of the 2018 Tommy Dell Scholarship.  Troy wrestled for the Manchester Wrestling Program from 2005 through 2010.  He then went on to wrestle at Manchester Valley High School (MVHS) where he lead his team in pins and qualified for the regional tournament during his junior year.  During his senior year at MVHS, Troy was elected team captain, and went on to make 1st Team All-County, was a regional finalist, and placed 8th in the Maryland State Tournament.  Troy plans to attend a four year university. Congratulations to Troy on being a recipient of the 2018 Tommy Dell Scholarship!

Zach McAleer, Manchester Valley High School (MVHS) is the 2017 Tommy Dell Scholarship Award Winner.  Zach wrestled for the Manchester Wrestling Program from 2005 until 2013.  He then went on to wrestle at MVHS.  Zach was a three time finalist in the Carroll County Wrestling Tournament, winning the tournament in 2017.  In 2016, Zach placed third in the 1A/2A West Regional Tourney, and then went on to place 5th in the state tournament.  In 2017, Zach won the 3A/4A North Regional Tourney, and placed 6th in the state tournament.  He holds the MVHS record with 140 career wins.  Zach plans to attend McDaniel College in the fall of 2017, majoring in physical therapy. Congratulations to Zach!

Logan Rill began his wrestling career in the Manchester Wrestling Program. Upon reaching high school, Logan chose to attend Mt. Saint Joseph (MSJ) High School where his older brother Tyler had attended.  Logan wrestled and played football at MSJ.  During his senior year at MSJ, he placed in the Beast of the East Tournament...one of the toughest high school tournaments in the country.  Later that season, he won the MIAA tournament, and then went on to place 2nd in the states.  The following weekend, Logan placed 5th in the National Prep Tournament, beating the kid who had beaten him at the state tournament.  Logan will attend the State University of New York at Buffalo, where he plans to major in Business and continue his wrestling career.

Connor Waskiewicz began his wrestling career in the Manchester Wrestling Program, where he competed for six years until he began his high school career at North Carroll High School (NCHS).  At NCHS, he competed in football, wrestling and lacrosse.  He was named Captain in all three sports during his senior year.  Connor wrestled at the varsity level all four years at NCHS.  During his senior year in high school, Connor placed 1st in the county tournament, 2nd at the regional tournament, and capping off his senior year by placing 6th at the Maryland State Tournament.  Connor will attend West Virginia University in the Fall 2016 and plans to major in Business, focusing on Accounting or Finance.

Owen Rill wrestled for the Manchester Wrestling Program from 2006-2011.  He then went on to wrestle at North Carroll High School where he accumulated a career record of 133-20, and was a state champion in 2015. Owen plans to attend Carroll Community College in the fall of 2015, and then transfer to the University of Maryland and major in Business Management. He loves to hunt, fish and play any sport. In the future, he would like to help coach the Manchester Wrestling Program.

Jimmy Guercio wrestled for Manchester Wrestling from 2007 to 2011. He was a Varsity wrestler for the three years he attended Winters Mill and was a captain his junior year. Jimmy transferred to Manchester Valley for his senior year where he again was a captain for the Varsity wrestlingteam. In addition to his high school teams, he also wrestledwith the Haines Gladiator Wrestling Club throughout the off-seasons. His senior year he was a County Champion, Regional runner up and placed third at the State Tournament. In addition to wrestling, Jimmy also holds a black belt in Kenpo Karate and helps teach at his Dad’s martial arts school. While in high school, Jimmy completed the Culinary Arts Program at the Carroll County Career and Tech Center. Next fall, he plans to attend college to further his education in the culinary field. 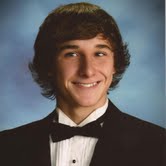 Chris McAleer was a three year varsity wrestler on the Manchester Valley High School (MVHS) wrestling team.  He was co-captain of the wrestling team during his junior and senior seasons.  He was also a three year varsity letter winner on the MVHS cross country team; during his senior season, he was a captain of the cross country team.  Chris was a Carroll County wrestling champion, and placed sixth in the Maryland State Wrestling Championships during his senior season.  He was also a member of the National Honor Society and the Teaching Academy of Maryland.  He plans to attend McDaniel College, and major in chemistry, and eventually obtain a Master's Degree in Education. Chris will receive $1500 towards his education as part of the Tommy Dell Scholarship.

Colby Janowitz was a four year varsity wrestler on the Manchester Valley High School (MVHS) wrestling team.  He was co-captain of the wrestling team during his junior and senior seasons.  He also played two years of varsity football at MVHS.  Colby won Carroll County wrestling titles during his freshman and senior seasons, and was the first MVHS wrestler to place in the Maryland State Wrestling Championships.  He placed second in states during his junior year, and third in states his senior year.  Colby plans to attend Penn College of Technology, and major in Culinary Arts. Colby will receive $1000 towards his college education as part of the Tommy Dell Scholarship.  ﻿

Keegan was an outstanding wrestler and football player at NCHS, and he will be attending McDaniel College in the fall of 2012. He plans to major in Political Science, and eventually go to law school to become a criminal defense attorney. He is the president of the NCHS Varsity Club, and is also a member of the National Honor Society and the Student Government Association. Keegan was twice named as a 1st Team All-Conference linebacker in football, and he was a 2012 Carroll County wrestling champion, and he took 3rd place at the 2012 Maryland State Wrestling Championships.

Tyler was an outstanding wrestler at Mt. St. Joseph High School, where he also played football. He will be attending Bloomsburg University (PA) in the fall of 2012, where he plans to continue his wrestling career. Tyler plans to major in Business, and to eventually run his own farming operation. Tyler has held leadership positions in 4-H throughout the years, and has been heavily involved in fundraising activities for many different charitable organizations. Tyler received many wrestling accolades while attending MSJHS. He was named captain of the wrestling team for his junior and senior years. He capped off his senior campaign by placing 1st in the Maryland Independent School Championships, and the Maryland Interscholastic Athletic Association Championships.