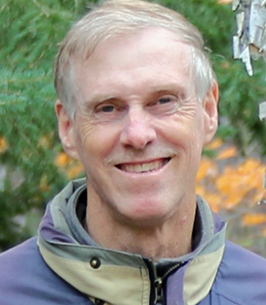 Thomas John Anderson (Dufferin Simcoe Rockers)It is with profound sadness that we announce the passing of Tom Anderson on Saturday, December 8, 2018 in his 63rd year. Tom of Lisle, beloved husband of Jane (nee Montgomery). Loving father of Heather (Shane) Walker, David, and Scott. Cherished Grandpa to Reese and Ryleigh. Brother of Doug (Judy) Anderson and Debbie (Ray) McFadden. Tom will be missed by his many nieces and nephews, family, and friends. Visitation will take place at Drury Funeral Centre, 519 Victoria St. E., Alliston on Thursday, December 13, 2018 from 2-4 p.m. and 7-9 p.m. Funeral Service will be held in the chapel on Friday, December 14, 2018 at 11 a.m. Reception to follow. If desired, donations in memory of Tom may be made to the Royal Victoria Health Centre - Kidney Clinic. To send flowers to the family of Thomas Anderson, please visit our Heartfelt Sympathies Store

Dan was a dedicated Police Officer for Tillsonburg Police, and the Oxford OPP for 34 years. He was also involved with Tillsonburg Baseball, Ladies Slo-Pitch as a coach, Tillsonburg Minor Hockey, Vienna Masonic Lodge #237, Independent Order of Odd Fellows, an avid grounds keeper of the Tillsonburg, and Walsingham Ball Diamonds, and many other ball diamonds throughout Ontario. He was an avid golfer, a very competitive cribbage player, he enjoyed curling, and remained a member of the Tillsonburg Royal Canadian Legion Br. #153, and was a member of his church St. Paul's United Church in Tillsonburg. Cremation has taken place.

The family will receive family and friends at Ostrander's Funeral Home 43 Bidwell St. Tillsonburg (519) 842-5221 on Monday, January 28, 2013 from 2:00 - 4:00 and 7:00 - 9:00 p.m. A Masonic Service will be held on Monday evening under the auspice of Vienna Masonic Lodge #237 at 6:30 p.m. Memorial service for Dan will be held at St. Paul's United Church, Tillsonburg on Tuesday, January 29, 2013 at 11:00 a.m. Rev. Glenn Baker, and Rev. Maurice Francis officiating. Interment will be at Tillsonburg Cemetery at a later date. At the family's request memorial donations (payable by cheque) may be made to St. Paul's United Church, Tillsonburg District Memorial Hospital, or Tillsonburg Minor Ball Association. Personal condolences can be made at www.ostrandersfuneralhome.com