The main purpose of the Montgomery County Flag Football Association is to provide a flag football league for children ages five and six.  It is organized as a fun league, while teaching the fundamentals of football and sportsmanship.

·         Each team will be allowed two (2) players whose weight is more than seventy-five (75) pounds at the official weigh-in date to be one the field at one time.

Each team will hand in a completed copy of their team roster, with birth certificates attached prior to the official weigh in.

Copies of birth certificates should be brought to each game.  Before each game coaches must exchange rosters which lists players name and jersey number and indicates which players are over 75#.

The head coach shall be responsible for the proficiency, conduct and indoctrination of the coaching staff with respect to their relationships with the players in teaching and upholding the ideals of sportsmanship, teamwork, conduct and team spirit, along with the proper teaching of the fundamentals of the game of football.

The head coach is responsible to provide playing time in the game for all participating players commensurate with the constraints of time, game situations and individual skill and knowledge level at that time.

The head coach and athletic director of each organization are responsible for the actions and behavior of the parents and spectators.  This means no inappropriate language or actions toward the referees and the opposing team's players and fans.

****A maximum of two (2) coaches must be on the playing field at all times.

·         Offensive coaches must stand five (5) yards behind the offensive backfield and cannot move or give instructions once the ball is in play.

·         Defensive coaches must stand approximately ten (10) yards out to the sides of their team and cannot move or give instructions once the ball is in play.

The field will be fifty-five (55) yards in width and eighty (80) yards in length.

Grass must be cut and the field properly marked and lined.

Home team must supply the down and zone marker and the chain crew.

The league recommends that games not be played during inclement weather. The player's safety and welfare must be considered above all. Cancelled games will be rescheduled.

Commissioner must be contacted if there is disagreement among head coaches whether a game should be called due to inclement weather.

Game Jerseys must have clearly visible numbers on both the front and rear.

Game pants must be football pants with knee and thigh pads inserted.  Use of a girdle is optional.

All players must have a mouthpiece and athletic supporter and cup in at all times.  Players are not permitted on the field of play without this equipment.

All purpose spikes must be worn, sneakers are not permitted.

Game ball must be a K-2 model or equivalent and is to be supplied by the home team.

All games will have four (4) quarters, each of fifteen minutes.  There will be a seven (7) minute halftime.

The clock will stop for injuries and time outs only.

Each team will be permitted two (2) time outs per half.

There shall be a two minute warning before the end of each half.

The clock will stop if there is a score within the last two minutes of a period to allow the opposing team to get the ball back.

Games can end in a tie, there will be no overtime playoffs.

There will be nine (9) players on the field for each team.

There shall be no tackling of a ball carrier, passer or kicker.

·         The defensive player shall hold the flag above their head and remain at the location where the flag was removed.

·         The defensive player cannot hold or push the ball carrier to remove or assist in removing the flag.

·         A defensive player cannot push or block a ball carrier out of bounds.

Play will also end when the offensive player is down on both knees or the flag belt or one or more of the flags from the belt falls from the player.  Should any of these occur, the play is down at the location that the flag or belt fell.

Only four (4) defensive players can line up, one yard off the ball, on the defensive line of scrimmage.

·         All players must remain stationary, until the ball is snapped.

The ball can be turned over on an interception, and advanced.

Stripping the ball carrier of the ball will be considered a fumble and the play will be dead at the spot of the fumble.  Stripped balls cannot be advanced.

On a safety the defense will gain possession of the ball and the ball will be returned to their own twenty (20) yard line for their offensive takeover.

Flags must be worn on the hips, one on each side and one to the rear.

Jerseys must be tucked in at all times and cannot block access to any part of the flag.  If flags are inaccessible or fall off, the play ends where this occurs.

The offense must have six (6) players on the line of scrimmage.  One of these players must line up as a wide receiver.

·         No lineman can assume a three point stance except the center.

·         All linemen, except the center must simply stand at the line of scrimmage and await the snap.  They are permitted to stand at a ready position with their hands on their thighs.

·         The center must stand up before attempting to block an opposing player.

Use Of Hands And Head

Offensive linemen must keep their hands in, for example the "chicken wing" block.

The ball carrier cannot use their hands or arms to protect their flags from being pulled.  Stiff arming by a ball carrier is illegal.

The ball carrier cannot lower his head to dive or run into a defensive player.

Each individual offensive player may not score a total of more than eighteen (18) points.  Should a player score on a play that puts the player over the allowed limit, the ball will be returned to the line of scrimmage and the play will result in a loss of down.

Each team will have four downs to advance to a first down.

Each team will have forty-five (45) seconds, from the time the ball is marked, in which to run their next play.  Failure to do so will result in a penalty.

All players are eligible for forward passes.  If both an offensive and defensive player share possession after a pass, the offensive team will be awarded possession of the ball at that spot.

There will be no punting.  When the offense opts to punt, the ball is advanced twenty (20) yards and the defense assumes possession. The ball cannot be advanced past the ten (10) yard line.

One (1) point shall be awarded for a successful extra point attempt in which the ball was carried over the goal line.

Two (2) points shall be awarded for a successful extra point attempt in which the ball was passed over the line of scrimmage.

There will be no kickoffs.

The offense will start possession at their own twenty (20) yard line. 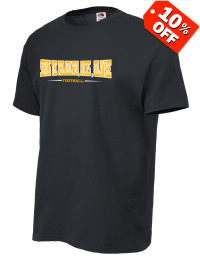 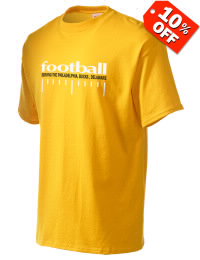 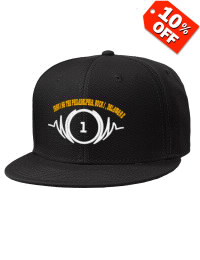 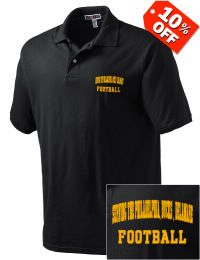 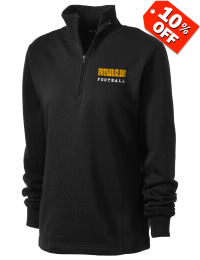