Note: If you are in 7th grade and your age qualifies you to play on the 12U District team -- and you wish to play -- you must play in the Cal Ripken League.  Following tryouts, if you are selected for the District team, you will be assigned to a Cal Majors team.  You may not play in both the Travel Baseball program and Cal Ripken league.

Springfield AA typically fields District teams at the 8, 9, 10, 11 and 12U age groups.  The District teams are entered in the Cal Ripken Tournament Trail (Districts-States-Regionals-WorldSeries) in addition to playing in invitational tournaments over the spring and summer.

To be eligible to play on the District teams, you must be a member of the SAA, register and actively play in the SAA Rookies (2nd grade), SAA Minors (generally 3rd and 4th grade) or SAA Majors (generally 5th-6th grade and some 7th), satisfy age requirements and participate in District team tryouts. All players interested in District teams must participate in the tryouts.  Tryout schedules will be posted at this site. Tryouts are conducted by a group of independent evaluators (not by the coaches). Evaluators are selected by the SAA Tournament Baseball Director.  Coaches are selected by the SAA Tournament Baseball Director and typically announced with or shortly after team selection.

The District team will carry 12-15 players (limits dictated by Cal Ripken Baseball).  While an active SAA membership is a prerequisite for Cal Ripken District team participation, the cost of participation is not included in the SAA annual membership fee. Cal Ripken District teams typically cost an additional $250-$300 per player to cover the cost of uniforms, tournament fees and incidentals.  If you have a significant financial hardship that may preclude your player from participating, you are encouraged to discuss the matter with the SAA Tournament Baseball Director or the SAA Membership Director.

To participate in District tournament baseball, you must first be an active (paid) member of the SAA and registered for Intramural Baseball. Register Cal Ripken Districts via the same SAA registration and sports selection process used to sign up for Intramural Baseball.  Do not sign up for travel baseball unless you are in 7th grade or older.   Keep watching this web page for the announcement of the tournament team tryout schedule.

In addition to the Cal Ripken District teams, the SAA may choose to form a second team (Select) in any or all age-groups based on player interest, coach interest and field availability.  The Select teams will play in a league or invitational tournaments during the summer; they do not participate in the Cal Ripken Tournament Trail.  The Select team roster size will depend on the interest at each age-group and may be as few as 12 or as many as 18 players.  Costs will vary by team depending on team size and the number of tournaments in which they participate.

If you are interested in coaching a tournament team, please contact the SAA Cal Ripken Tournament Director (see Directors/Contacts on the SAA webpage.

District teams require a serious and significant commitment.  Possibly 2 practices per week in additional to your scheduled SAA intramural games and practices.  Invitational tournaments and the Cal Ripken Tournament Trail may extend into mid-August.  You must be willing and able to commit to the entire tournament season and all tournament games for the District team.  Cal Ripken eligibility requirements dictate that all District players must also play in the SAA Cal Ripken Intramural league and participate in at least 3/4 of their team's games.
8U practice dates/times are TBD at this time.
9U practice times are typically Sat 5pm, Sun 5pm and Mon 6pm.
10U practice times are typically Fridays 6pm, Sat 5pm slot and Sundays 5pm.
11U and 12U practice (or travel game) times are typically selected from Tues 6pm, Thurs 6pm, Sat 9am/6pm and Sun 5pm.  11U and 12U travel games/practices are deconflicted with the SAA Majors schedule to the greatest extent possible but there will be a few unavoidable conflicts.

2019 11U and 12U Eligibility and Tryout Information

2019 11U District Tournament Team Eligibility
To be eligible for 11U, players must be born on or after 5/1/2007.  All players must be registered for and actively playing in the SAA Cal Ripken Majors league.

2019 12U District Tournament Team Eligibility
To be eligible for 12U, players must be born on or after 5/1/2006.  All players must be registered for and actively playing in the SAA Cal Ripken Majors league.

2019 9U and 10U Eligibility and Tryout Information

2019 9U District Tournament Team Eligibility
To be eligible for 9U, players must be born on or after 5/1/2009.  All players must be registered for and actively playing in the SAA Cal Ripken Minors league (3rd and 4th grade)

2019 10U District Tournament Team Eligibility
To be eligible for 10U, players must be born on or after 5/1/2008.  All players must be registered for and actively playing in the SAA Cal Ripken Minors or Majors league.

2019 8U Eligibility and Tryout Information

2019 8U District Tournament Team Eligibility
To be eligible for 8U, players must be born on or after 5/1/2010.  All players must be registered for and actively playing in the SAA Cal Ripken Rookies league (2nd grade) or the Minors League (3rd-4th grade).

Proceed on Baltimore Pike towards Phila (away from Media and the Springfield Mall).  Pass Home Depot, Acme and Modells.  Turn RIGHT onto Oak Ave (headed towards MacDade Blvd, Pizza Hut on corner).  Go about 1/4 mile and turn RIGHT onto Bunting Lane (if you get to the Giant, you missed Bunting).  Go about 1/4 mile on Bunting and Ampro will be on your left.  Turn LEFT into the Ampro parking lot and drive to the back of the building.  The fieldhouse is located at the rear of the building.  30 Bunting Lane  Primos, PA.  www.amprosports.com.

Take Rt 476 South to the MacDade Blvd Exit and turn RIGHT onto MacDade Blvd.  Go about 1/2 mile (MacDade becomes 22nd St.).  Turn LEFT at the light onto Melrose Ave.  Follow Melrose Ave for a few blocks and turn LEFT onto 17th St.  Proceed past the guard-post and you will see the complex in front of you.  Stay to the right and drive around behind the building.  The Fieldhouse can only be accessed from the back of the building.  The fieldhouse entrance is at the large white garage door (to the right of the pool entrance as you are looking at the building). 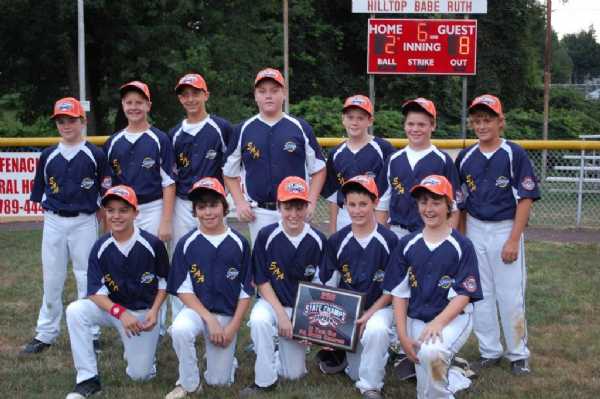 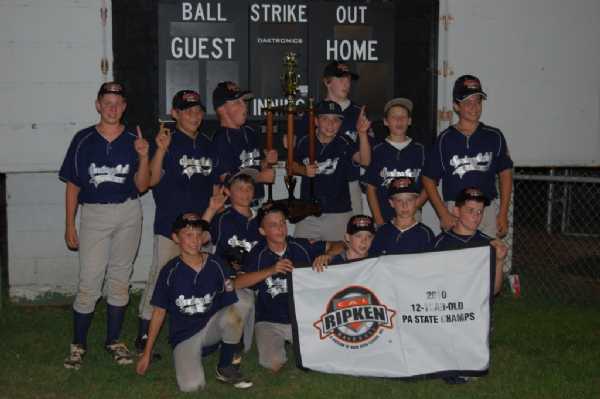