While we all sit at home and wait out this horrendous Virus, there is still work to be done if we do plan on having a season at all this year.

With that in mind, in case you have not heard, the City of Burlington will NOT be issuing any park permits until at least the end of June 2020.

We have had to start making contingency plans and looking into other options in case the City decides to extend this lockout period.

The Board has had some preliminary discussions about the matter and we will be communicating some of the options available to the Team GM's in the coming weeks.

Rest assured, we are doing everything we can to have a safe season even if it is shorter in duration then our normal seasons are.

We will be in touch with ALL GM's within the next 2 to 3 weeks regarding our fall back options but it is our full intention to have a season still this year.

Welcome everyone to the 2020 BVB Baseball Season!

We are working hard to get everything ready for yet another great season of Vintage Ball.

While we get everything set up on the back end, make sure you are talking to your Team Reps and getting your deposits in as soon as you can as the first team Deposits will be due soon.

Please make sure you are filling out your Online Waiver ASAP so that you are eligible to play.

Is it May yet?

Our Season is now complete as we have crowned Tier 1 and Tier 2 Champions for the 2019 season:

Key Moment: Cardinals were up 8-7 in the top of the 7th with a runner on for the Brewers and no one out when the rains came. After a delay, the Brewers were rejuvenated and came out and put up a 4 spot to take the lead which they were able to hang on to for the win.

Key Moment: Cardinals were in control of the game right from the start as Colameco hit a deep dinger in the bottom of the first. From that point on, they never looked back. Cooney tossed 4 strong innings giving up no runs on 2 hits as the Cards evened the series at a game a piece.

Key Moment: It was more of the same in Game #3 as the Cardinals pitching held the strong Brewers hitting line up in check. Lareau was dominant in 4 shut out innings while Rusty had 4 RBI's including a back breaking 2 RBI double that essentially put the game out of reach. Tim Barnes and Neil Frazier also had a pair of hits a piece as the Cardinals have fully rebounded to take a 2-1 series lead.

Key Moment: In possibly the quickest full game of the playoffs (an hour and 50 minutes), the Brewers clawed back into the series with a big Game #4 win Tuesday night. The player of the game was Jim Fay as not only did he pitch 4 solid innings but he also had the key hit in the bottom of the first inning with the bases loaded and 2 out scoring a pair. The Brewers would score and add on run in the 6th to help hold off the Cardinals and tie up the Series.

Key Moment: A close game was blown apart in the bottom of the 5th when the Cardinals essentially sealed the win with 3 runs. Heading into the inning up 4-0, the Cards put the game away with a 3 spot to put themselves up 7-0 going into the 6th. Andy Noble led the way with 3 RBI with Russ, Gosselin and Cooney each adding a pair as the Cards took command of the Series.

Key Moment: Another Finals Series win for the Cardinals was in reach as the night began and they went for it early on jumping on Brewers starting Pitcher Jim Fay early and often. Up 6-1 after 2 innings, the game seemed to be theirs for the taking until the Brewers fought back with a run in the 3rd and 3 in the bottom of the 4th to cut the lead to 7-4 but the Cardinals proceeded to put up another pair of insurance runs in the top of the 5th and then cruised the rest of the way earning their 2019 Crown as Champions once again. Congratulations to both teams on a hard fought series.

Key Moment: In a tight game all around, the Cubs Travis Lamoreaux had potentially the "Catch of the Year" while playing Centre Field. It was in the bottom of the 3rd inning, bases loaded for the Mudhens and 2 out. The Mudhens were already up 1-0 and looking to break the game wide open when a lined shot into the gap in centre was snagged on a head-long, Kevin Pillar-esque diving grab by Travis to end the inning and keep the game within reach. Ultimately, the Mudhens would tack on a pair of additional runs later in the game but the Cubs showed that they are not going to go away in this series as they scattered 8 hits and left the bases loaded twice themselves.

Key Moment: If you to ask me, Travis Lamoreaux of the Cubs seems to be leading the charge for MVP of this series, but lets start at the beginning with how this game unfolded. In a game that was full of momentum swings back and forth, it was the Cubs who came out strong early on as they chipped out a 4-0 lead through 2 1/2 innings. Then the first momentum swing of the game hit as the Mudhens stormed back with a 5 run bottom of the 3rd (highlighted by a 3 run shot by Colin Cummins). The Cubs rallied to retake the lead and never look back highlighted by the biggest hit of the game; a 3 run Triple by Travis that essentially sealed the victory for the Cubs.

Key Moment: In another tightly contested game, the Cubs and Mudhens both displayed exactly why they made it to the finals in a well pitched and defended game by both. Kevin Moore pitched 4 solid innings but came away with the "L" as he gave up key RBI knocks by both Rick Boutilier and Mark Caron. Despite being out hit 8-4, the Mudhens pulled out a huge win and are now 1 win away from being crowned Tier 2 Champions.

Key Moment: In case you had not heard, the Cubs and Mudhens were locked in yet another tightly played contest. Up until the 4th inning, the Mudhens were up 1-0 in a well played seesaw battle. Then the floodgates opened up and both teams started scoring. The Mudhens put up a 5 spot in the top of the 4th before the Cubs responded with 3 runs of their own in the bottom half. The two teams would then exchange multiple runs again in the 6th inning (5 more for the Mudhens with the Cubs responding with 4 of their own) but the deficit was just too wide at that point as the Mudhens would tack on another run in the top of the 7th and then put the Cubs away with a scoreless bottom of the 7th to claim the Tier 2 Championship. It was a well played series by both teams highlighted by some great pitching and Defence. Congrats to both teams. 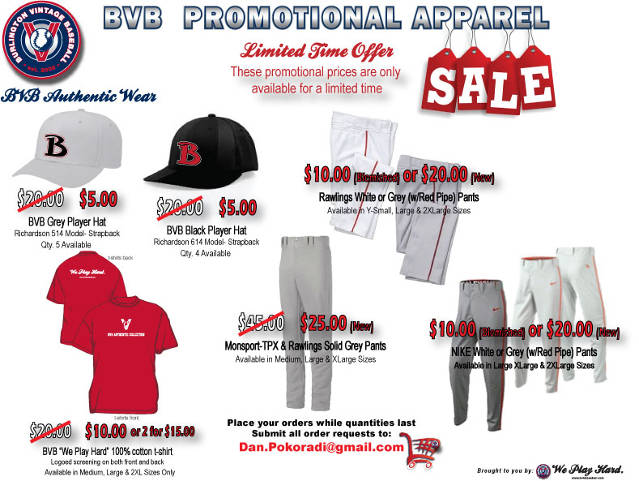 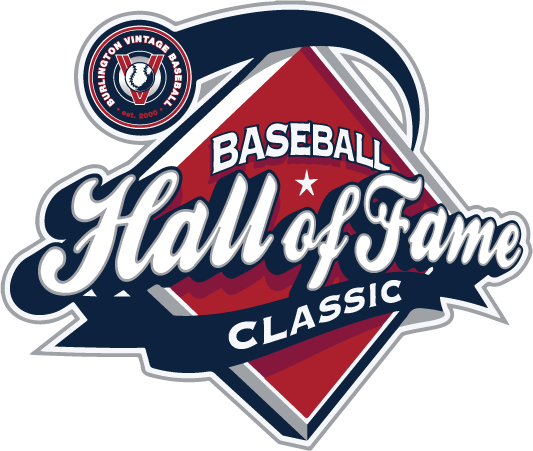 It is my pleasure to announce this year's inductees into the BVB Hall of Fame.
First, I would like to thank the Hall of Fame Committee for pouring over the nominations and coming up with these worthy inductees.
As well, I would like to thank everyone who put forth nominations. In celebrating our 20th season of the BVB, the Hall of Fame Committee has decided to induct a larger than usual induction class.
Here are this year's inductees;
1) Norm Greer.   Cubs - Builder Category
2) Shawn Pomfret.   Hobos - Builder Category
3) Jay Hodgson.   Cardinals - Builder Category
4) Pete Osgood. Indians/Giants - Builder Category
We are in the process of adding in pictures along with their Nomination which will be included on the website in the coming weeks.
All 4 of our newest inductees were presented with a BVB Hall of Fame T-Shirt July 14th in a pre-game ceremony before the Cubs played the Hobos. They will also receive a commemorative plaque at the end of the year in a ceremony that will be held at our end of year banquet.
Congratulations to all 4 of our newest Inductees.
Tweets by BVBBaseball
CountdownClockCodes.com