1 New members entering the league must be 18 years of age in the calendar year of their application.
2 All registerd members must sign and submit a waiver to the league prior to being able to play. Signing new waivers will cover members life time in the league play: unless he/she changes teams, changes names or moves, then they are required to sign another waiver. Signatures cannot be forged or omitted, otherwise that member will be considered ineligible, causing all games played with this member to be forfeited. Also, this member will not have insurance coverage. Only registered members will be allowed on the diamond.
3 A roster is to be filled out by each team including all registered members names, addresses, phone numbers and birth dates. All rosters/waivers must be handed in to the league one week prior to their opening game.
4 All teams in the league must put up a $100.00(one hundred dollar) bond for fines (ie: forfeits). If a team is penalized, that team must be notified of the penalty and the amount of the fine. At seasons end, the $100.00 or balance remaining on the account will be returned to the teams if requested, or the bond can be left until the following season. A team could be fined $25.00 for a forfeit, $25.00 for leaving the lights on at the college,$20.00 for illegal player or $10.00 fine for not reporting a score.
5 Cost per team will be $550.00
6 6 (six) 12inch S12RYS Worth Sof-Dot balls are supplied. Additional balls will be sold for $5.00 each.
7 In the event of inclement weather the team representative will be contacted no later then 6:00pm for a 6:30pm game time or 8:00pm for an 8:30pm game time. If no contact, teams must report to the ball diamond.
8 Home team will be determined by flip of a coin. The home team is to supply the bases as well as game ball. If the home team does not have bases present at game time, then they will be given 10 (ten) minutes to produce the bases or home team advantage is forfeited.
9 Both teams are responsible for reporting the score no later then that Sunday. Scores are to be reported to Jolene by email (dornergirl@yahoo.ca). A fine to apply.
10 There will be 3 (three) courtesy runners allowed per game as outlined in the SPOA Rule Book.
11 The third strike foul rule is to be enforced as per SPOA Rule Book.
12 Anyone caught wearing steel spikes will be ejected from the game.
13 Forfeiting: A minimum of 9 (nine) players must attend a game and be able to play, for the game to be official. Teams with only 9 (nine) players may play with 4 (four) females on the diamond. However in the batting line up males can not bat back to back.
14 Teams with 10 (ten) or more players must have at least 5 (five) females on the diamond at a time.
15 Games are 1 (one) hour and 15 (fifteen) minutes or 9 (nine) innings
* Innings 1-8... maximum 5 (five) runs per inning
* 9th (Ninth) inning is open
16 Playing Field: Double base at 1st. Strike Mat at home plate: 2' X 3' (if using an old mat plate is a strike). Pitching Box: 50' from rear corner of home plate. Bases: 65' apart from each other
17 Walks: Males automatically get 2nd base on any walk and female must bat. Female only gets 1st base on any walk. If a runner is on 2nd base when the male is walked the runner only gets pushed to 3rd base
18 Maximum advancement on a male hit is 2 bases, with or without errors. If a female is on base at the time she only gets to advance 2 bases. On a female hit, males and females may advance as many bases as they are able to get.
19 Runner is out at any time if he/she steps on the mat or slides at home plate.
20 In field fly rule is in effect. (REMOVED SINCE 2012 SEASON)
21 If a game is to be cancelled for any reason, other then rain, 5 (five) days notification must be given to the league executive who will decide if the cause is justified and if so, reschedule the game.
21 An outfielder may not make a force out at first base.
22 Any team caught using ineligible members will have to forfeit all games in which the ineligible player participated in and pay a league fine of $20.00 per ineligible game.
23 When a game is terminated before its completion because of weather, unplayable conditions or any other justifiable reason, it will be deemed to be a regulation game if at least 5 (five) innings have been completed or 4 1/2 (four and a half) innings with the home team ahead.
24 There will be no consumption of any alcohol by any member/team registered with CHATHAM CO-ED SLO-PITCH LEAGUE while that member/team is participating in a scheduled game.
25 Mercy Rule is 15 (fifteen) runs after 5 innings or 10 (ten) after 7 innings.
26 If after 9 innings the score is a tie 1 extra inning will be played using the international tiebreaker rule (last out from the ninth inning starts at 2nd base). If after the inning the game is still tied the game stays a tie.
27 To determine league standings where teams are tied point wise, the following steps will be taken to determine standings:
a. Wins in standings
b. Win-Loss record against each other
c. Total run difference (only games that apply to the teams that are tied)
d. If after the above ruling and still tied, a 1(one) game playoff. Flip of a coin for home team. 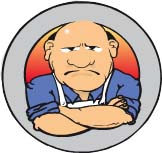