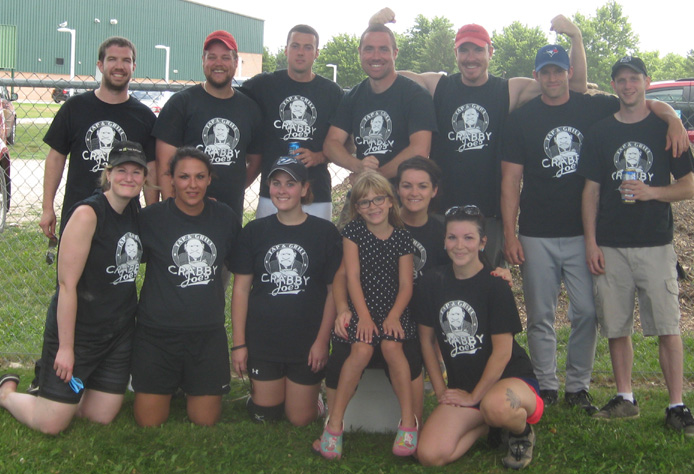 Thanks again to the 12 very dedicated team members of our 2013 Crabby Joe's team. I love playing baseball every Friday with everyone throughout the summer. The more things change the more I value the routine of this part of my life. Things will be a little different next summer as our team continues to change and evolve for the better. Very pleased with our team effort and fun levels this summer. #CrabbyBall will always be about the fun times, hard work and camaraderie of good friend with drinks! I leave you with a few of the more notable statistical accomplishments from this season. See everyone again soon. - Brett 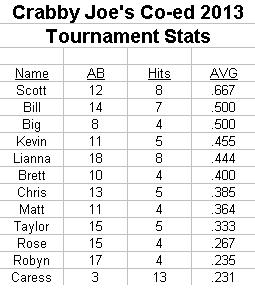