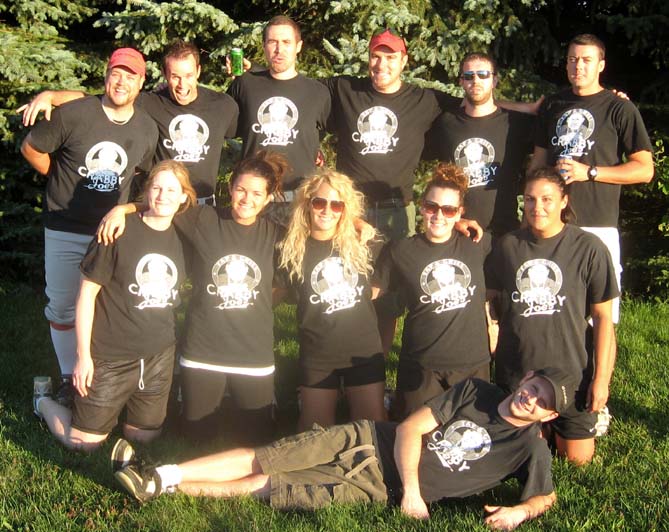 We blew it. This was "the year" for Crabby Joe's and we continue to be the "Atlanta Braves" of co-ed. Great regular season, arguably the best in the league, followed by playoff/tournament disaster. You were all there. You know what happened. I don't need to explain it again. Without Wins - you don't advance. Period. I had fun. I always do. It's a highlight of my summer to play baseball on Fridays with everyone in Chatham. Thanks for another great season. This winter will be long...


Game Three
Final Score: Encore...Again 9 Crabby Joe's 4.In a critical rematch with our tournament lives on the line we were unable to put together a big inning and in the process gain another bitter league enemy. Offensively, Robyn had a triple, 2 singles, 2 RBI and a run scored. Brett had a single, a walk, 1 RBI and 2 runs scored. Scott had 2 singles and a run scored. Kevin had 2 singles. Big had a double and 1 RBI. Alex, Rose & Melissa had a single each. Brett pitched all 6 innings allowing 9 runs, while walking 2 and striking out 1. 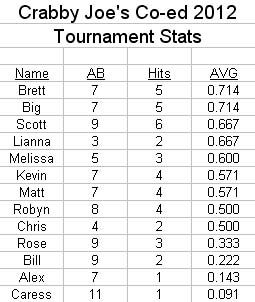