Prepared and/or reviewed by:

SILVER LEAGUE PROPERTY DAMAGE - Any and all Silver League Property damaged by a player will be billed back to that player. A player will be held in poor standing until proper payment is made. This means they are ineligible to play the following year until payment in full is made.

REGISTRATION REFUNDS - Registration refunds will be made in full prior to uniforms being purchased (ordered). Once purchased a refund will be made minus the cost of the shirt and hat (if hat is desired). The shirt will be provided to the player.

SPONSORS - Sponsor checks will be collected, recorded, and deposited by one individual, in coordination with league Treasurer.

AUDIT AND ANNUAL BUDGET - An audit along with a proposed budget for the following year need to be submitted no later than the November meeting for approval.

RULE CHANGES - All proposed rules changes must be adopted by the Board and then presented for discussion and possible modification at the annual general meeting.

BANQUET - Cut off for banquet registration should be two weeks prior to the banquet date. A limit not to exceed $500 should be allotted for door prizes (drawings). Cost to a player should be no less than half the cost of the banquet, with the spouse (guest) paying the full cost.

PLAYER RATINGS - All player ratings will be submitted to their division representative prior to the end of the playing season. All division reps will give each manager three evaluation forms to evaluate players on his team. The manager and two other players will complete the evaluation no later than two weeks prior to the completion of their season. Within two weeks of receiving the ratings the division rep will convene a committee of no less than five (non-managers) from their division to review and adjust the ratings. These will then become final and used the following season.

Categories to be used by all divisions:

HITTING - Overall hitting ability by a player that hits for a high average or lower.

FIELDING - A player that can make all the plays defensively. Knows situations throughout the game.

THROWING - A player with a strong arm, accuracy, and throws to the right base.

RUNNING - A player's ability to run the bases with speed and knowledge of the game.

OVERALL - Total of all the above.

COMMENTS - Additional information on a player, was he a good teammate, reliable, injuries, missed games for issues outside the league.

MAILING DATES - All mailing dates should be no later than the November meeting. Once set these dates must be adhered to. Mailing for the banquet, election ballots, fall ball, and golf outing should be made in July.

DIVISION DRAFTS - If a manager is also a player in that division, that manger will lose a draft pick in accordance to his player rating. If the league decides to allow coach picks, the coach would lose a draft pick in accordance to his coaches pick player rating. All new players will go into the hat pick. All attempts will be made by the division rep to obtain as much information on this player as possible. The last in the draft (of those returning) will be entered intro the pool of new players and will be considered a hat pick. Travel players should be equally divided among all teams.

2) Count how many players it takes from the top rating to get to the first person with the same rating.

3) Count how many players it takes from the top rating to get to the last person with the same rating.

4) Add both numbers together and divide by two (2). This is the average position for rating.

5) Divide the results in Step 4 by the number of teams.

6) The result is the round that the coach and/or coach pick should be placed.

All divisions are to use the draft table compiled for drafting. (See attachment)

PLAYOFFS - All divisions will use the format laid out in the current rules.

HALL OF FAME SELECTION - Any Silver League member or family member of a living or deceased member may nominate an individual for inclusion into the Hall of Fame. Candidates must have been active in the Silver League for a minimum 10 years as a player, manager, umpire, board member, or sponsor. The ten year rule will be waived for a deceased member. A nominee will remain active for two (2) years if they fail to qualify the first time. The player would put him in the top 25% of all players in the divisions they played in for 6 of the 10 years they played. he individual must also be a good representative of the League which includes integrity, credibility, sportsmanship and character.

Announcements and introduction of the new members will be made at the annual banquet.

ALL STAR SELECTION - Players to be selected to the All-Star team are to be voted on by the players on their team. These names, along with one alternative player, will be given to the Division Rep. Coaches for these two teams will be the coaches with the two best records at that time. The Division Rep will assign players to the appropriate teams based on the filling of positions. An effort will be made to divide players equally and not put players from one team on the same All Star team.

SPIRIT AWARD - Nominees should be selected by teammates before the end of the playing season. Division Managers should then vote on who deserves this award regardless of their playing ability. The announcement and plaque will then be presented at the banquet.

Criteria for this award should be:

5) Plays hard striving to be a better player.

The Division Rep will be responsible for seeing that the recipient was not a previous winner.

2. Assign one (and only one) individual to work with vendor

4. Finalize ratings for each division

8. Complete and submit audit for Board Review and Approval

1. Compose letter from President to be sent out with mailing

5. Decide on any marketing to be used

2. Finalize rule changes to be presented at the General Meeting

3. Make a list of items to be covered at the General Meeting

5. Order any safety equipment that might be needed for up coming season

2. Call those that have not yet signed up for the up coming season so that they can save the late registration fee

3. Order hats for the year

4. Make sure all inquiries regarding response to advertising have been handled

1. Make a list of special requests by applicants or sponsors along with those that have indicated a desire to manage

2. Decide on number of teams in each division

5. Treasurer should make a list of all players name and shirt size and number preferred

4. Hall of Fame nominations are due this month

1. Advertise and recruit candidates for Board positions

3. Introduce Hall of Fame Inductees at the All-Star game

1. Order shirts for League Champions and Tournament Champions. Person in charge of uniforms ordering should do this as they have the information

3. Vice President should order gift and jacket for out going President

4. Reserve the General Meeting location for following year. To be printed in directory

5. Finalize and schedule printing of directory

1. Make sure Championship shirts and plaques are completed one week prior to the banquet

2. Make sure all sponsors have received their plaques and a directory

3. Make an alphabetized list of those attending the banquet to be used at check in 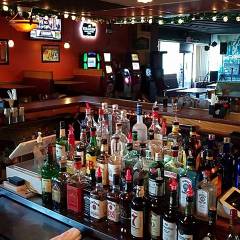 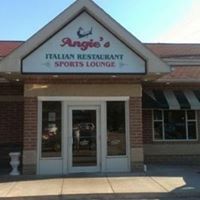 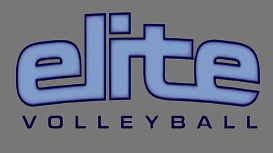