TRAVEL BASEBALL - home of the Eagles 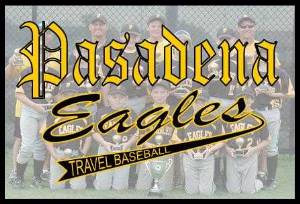 The Travel program provides highly competitive games for players in our Club who have significant ability and who are willing to try-out for our Travel teams. The goal of the Travel program is to challenge these kids to improve their playing ability beyond the typical recreational level so that our Club can consistently produce top quality players for high school and beyond. Managers at this level will be selected based on their experience and training, and teams will set goals of playing in at least 30 games, composed of regular season and tournament games. Because of the additional costs associated with Travel baseball (league fees, umpire fees, uniform costs, etc.), Travel players are required to raise additional funds for the Club beyond the standard registration fee and regular fundraising activities.

Please see the FAQ at the bottom of this page, or contact the VP-Travel or a team manager for more information.

COOPERSTOWN DREAMS PARK - a 12U tradition 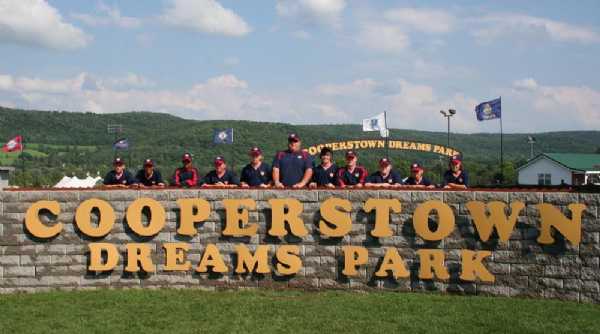 The Club enters the 12 year old Travel Team into the Cooperstown Dreams Park week long tournament where the team will play games against teams from all over the country. The Club contributes the entry fee but the team itself raises all remaining money for player fees, coaches fees, family boarding, etc. For more information on the Cooperstown tournament, visit the Links menu on the left. For more information on our 12 year old Travel Team, visit their website.
2017 Cooperstown Game Schedule
Will be posted here once available

The highlighted games will be broadcast on the internet on www.CooperstownDreamsPark.com. 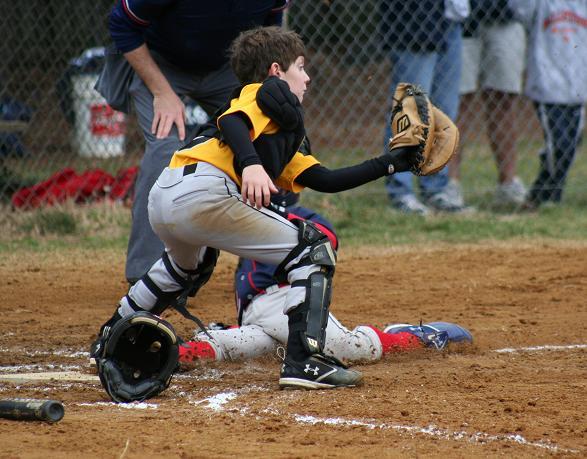 The Pasadena Baseball Club tries to host at least one travel tournament each season, by any of our travel managers intested in doing so.
For 2015, our 14U Travel Team, managed by Don Sacha, is hosting a 14U May Tournament.  Schedule coming soon...

What is the difference between the Intramural and Travel?
Intramural baseball provides typical rec-ball play that is open to anyone who wants to play. Travel baseball is for players who are willing to try-out for a team, play more games each season, against better players in and around the county, state, and country.

How many teams are there?
The Club sets a goal of having at least one team for each age year between 8 and 18. Where interest and numbers allow, the Club may field two teams of the same age.

What happens if my child tries out for a team and is not selected?
All players who register to play and are not selected by a travel team are placed on an Intramural team. You will need to show up at Intramural evaluations so those managers get an opportunity to evaluate all players for their draft.

Does the 8 year old team play coach pitch or kid pitch?
Kid pitch. There are no travel coach pitch teams.

Can my child try out for a travel team older than his age?
Generally, no. We are trying to develop a dozen or so players at every age and would prefer to not have kids of another age causing a player of the right age to not be selected. However, we may allow a player to play up, but you must have permission of the VP-Travel who will evaluate on a case-by-case basis.

Can a player play on both Intramural and Travel teams?
No. In rare cases we may allow an Intramural player to be used as an "alternate" on a Travel roster - with the permission of the VP-Travel - but in those cases that player can never be allowed to miss an Intramural game or practice to attend a Travel game or practice, at the risk of being removed from both teams.

How are travel teams selected?
Each team will schedule its own try out and the manager selects the players. The Club requires the manager to advertise the try-out and make fair, objective, unbiased decisions when selecting players. Once a team is selected, managers cannot add or remove players without the VP-Travel's permission.

When are try-outs?
Each team will schedule its own try-out, but many of the teams have try-outs as early as October or November. Some have try-outs during the winter inside gyms. The youngest and oldest teams may wait until February or March when they have a better idea of who is interested in playing. Bottom line - contact a manager as soon as you think you might be interested.

Why do we have to pay more fees to play travel?
The costs associated with playing travel baseball are much more than Intramural baseball. Some examples: There are league fees just to enter a team into a league. Travel umpire fees are more per game than intramural. More games = even more umpire fees. Travel teams get nicer uniforms that are much more expensive.

When do PRACTICES start? How often? What days are they on?
Each team will make its own schedule depending on field availability. Most teams start practicing indoors during the winter months and outdoors in early March, and may practice 3-4 nights a week.

When do GAMES start? How long is the season?
Each team will enter different leagues so this will vary, but most leagues start in April and end in June. Older teams' leagues may start in late May and end in late July. Some teams enter pre-season tournaments which could start in March, and other teams may enter post-season tournaments that are in August. Expect at least 2-4 scheduled games a week for most teams. Find out from your manager what he is planning so you are not caught by surprise.

Where are the games held?
Home games for 8 year olds will be George Fox MS. Havenwood Park will be used for 9 through 12 year olds. 13 and up will use Poplar Ridge Park and Northeast HS. Expect away games throughout the county and central Maryland, depending on which league your team enters.

Will we get to use the batting cage?
Yes. Each team will have scheduled times to use the cage as a team. There will also be free time available, but players will have to coordinate with a manager or board member to open it up and supervise its use.

Why is my travel team having its own team fundraisers too?
Some managers (but not all) want to enter their teams in additional tournaments, or want to buy specialized equipment for their team. You should find out from your team manager what he plans to do during the season so you are not caught by surprise later on.

Do travel parents have to work in the concessions stand?
Yes, and No.  When you registered, you gave the Club $10 to hold and give back to you when you volunteer one hour in the concession stand.  If you don't volunteer, you agree to allow the Club to give your $10 to someone else who will volunteer in your place.  Please see FUNDRAISING on the left menu for more information on the Official Concessions Policy.

Who takes care of the fields?
We do! That means you and us together. Please help your manager and team coaches and ask them what you can do to help them. Don't just bring your kids and drop them off. If its been raining recently, some work will have to be done in order to play.