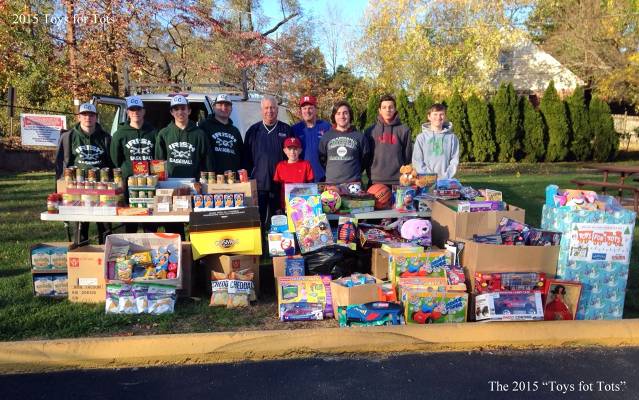 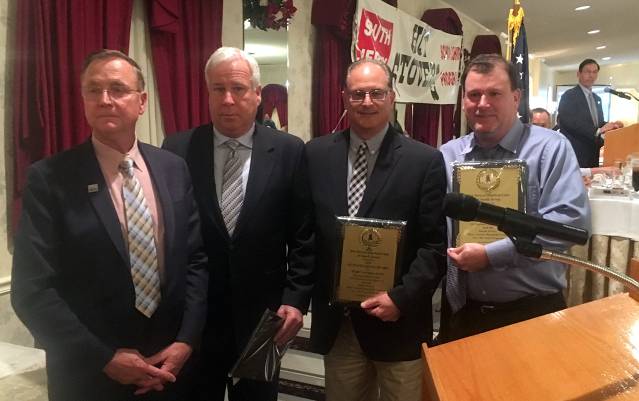 The 2015 Hot Stovers Baseball Club recognizes Lou Marshall, Tom Hewitt & Walt Szwajkowski with the “Hot Stover Humanitarian Award” for their support of the SJMSBL annual “Toys for Tots” and Holiday Food Drive. The award is sponsored by the Blue Eyes Foundation; a family foundation started by Dave Townsend & his wife. It is awarded each year, recognizing “Good Will” within the South Jersey Baseball Community. Lou Marshall, Tom Hewitt & Walt Szwajkowski’s names will be added to a plaque permanently housed in the South Jersey Baseball Hall of Fame Museum located at Campbell’s Field. The award also includes a $500 check to the charity of  choice, which is the Cathedral Kitchen In Camden, N.J.. 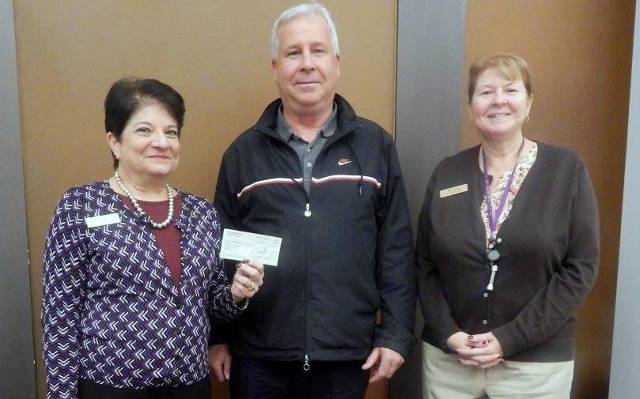