To all Managers of the SJMSBL:

SEASON WILL OPEN WHEN FIELDS ARE AVAILABLE - READ BELOW

To All Managers & Players of the SJMSBL:

The COVID-19 virus has disrupted many parts of all of our lives over the past few weeks. As you are aware local governments have closed fields temporarily until this virus is contained. Neil and I continue to monitor this on a daily basis and the information you all have provided about your home fields has been very helpful. With that being said we are postponing the first two weeks of the season for now 3/29 and 4/5. Obviously Easter is 4/12 and hopefully things could improve after that and give us a better idea when things will resume. Rather than put a broad stroke across more dates, we would rather monitor it on a week to week basis after 4/12, with the hope that all is well sooner than later. We are at the mercy right now of God for when this virus will be contained, and the mercy of the local governments as to when they lift the bans. I am reassuring everyone that there will be a 2020 season and it will be a full season. For now, we all have to hang in there a bit. Over the years we have dealt with Mother Nature and weather, this is just another hurdle we will have to overcome staying strong as a league. It is important that you as managers communicate regularly with your teams. Communication will help to ease the anxiety that all have not just over the season but day to day life which is most important right now. Neil and I will keep you all informed as the situation unfolds. For now, the most important thing to do is keep your families safe and all stay healthy and safe as well.

Mike Rabb of the SJMSBL's Gloucester County Phillies Hailed as a Hero! - Please Read Below

Neighbor jumps into action in Delaware fire that injured 7 people, including 2 critically

BEAR, Delaware (WPVI) -- A man is being hailed as a hero for rescuing a woman in a house fire in Bear, Delaware on Saturday night.Firefighters were called to the unit block of Barrister Court around 11:15 p.m. Saturday.

Officials said six people were injured from inside the home, including two critically."At some point, I noticed the screams were more serious," said Michael Rabb who reacted in just seconds when he saw his neighbor's house on fire while letting his dog out."I just bolted out the back towards the fire. There were neighbors at the scene, some were trying to douse the fires. The others were trying to get one of the residents out of the home," added Rabb.Rabb says he found a woman right by the door and pulled her out. The woman and her husband are currently listed in critical condition.

"We pulled the woman out the house, it appeared it was going to collapse," he said.

Rabb, who was also injured in the fire, says he didn't act alone. Another good Samaritan was also treated for smoke inhalation."This was truly neighbors helping neighbors. It wasn't one person, it was a group of people that decided this family needed help," Rabb said.The fire still under investigation.Michael Chionchio, the assistant state fire marshal for Delaware State Fire Marshal's Office, said he estimates around $300,000 worth in damages to the house.

The Bridgeton Tournament have Granted the SJMSBL 2 Invitations.

8 Days of exciting semi-pro baseball action right here in Cumberland County, Bridgeton N.J This event rich in its history has been played each year since 1967. Supported strongly by the community and recognized through advertising and social media. Large commitment comes from the many volunteers in the Cumberland County area to make this event a staple in the Mid-Atlantic region for 50 plus years. The tournament has featured some of the best players on the East Coast and beyond. Many have gone on to play major college baseball as well as the professional level.. Special guest, fireworks, and concessions bring excitement to this family-friendly atmosphere here at Alden Field. J

Managers voted unanimously that all teams need to have there Stats (particularly) game played - uploaded before there next game. If a team does not have stats updated by the next game, the offending team will get a forfeit for the game stats not uploaded.

3 Points for a Win

2 Points for a Tie

1 Point for a loss

Gloucester County Phillies teammate, Troy Tucker is battling stage 4 colon cancer, unfortunately, it has also spread to his kidneys. Troy is out of work and does not have medical insurance. To help subsidize his Medical Bills please consider attending a Benefit in which all Profits will go to Troy.- Wayne Baker can also be called/emailed re: Details  856-845-3539 wbaker047@aol.com 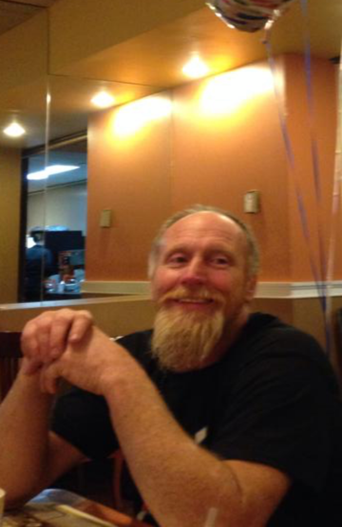 Walk around the house to the patio in the backyard

We'll be deciding on Opening day (Last years opening day was May 28) and Playoff Schedule.

The Playoffs need to be completed before Labor Day